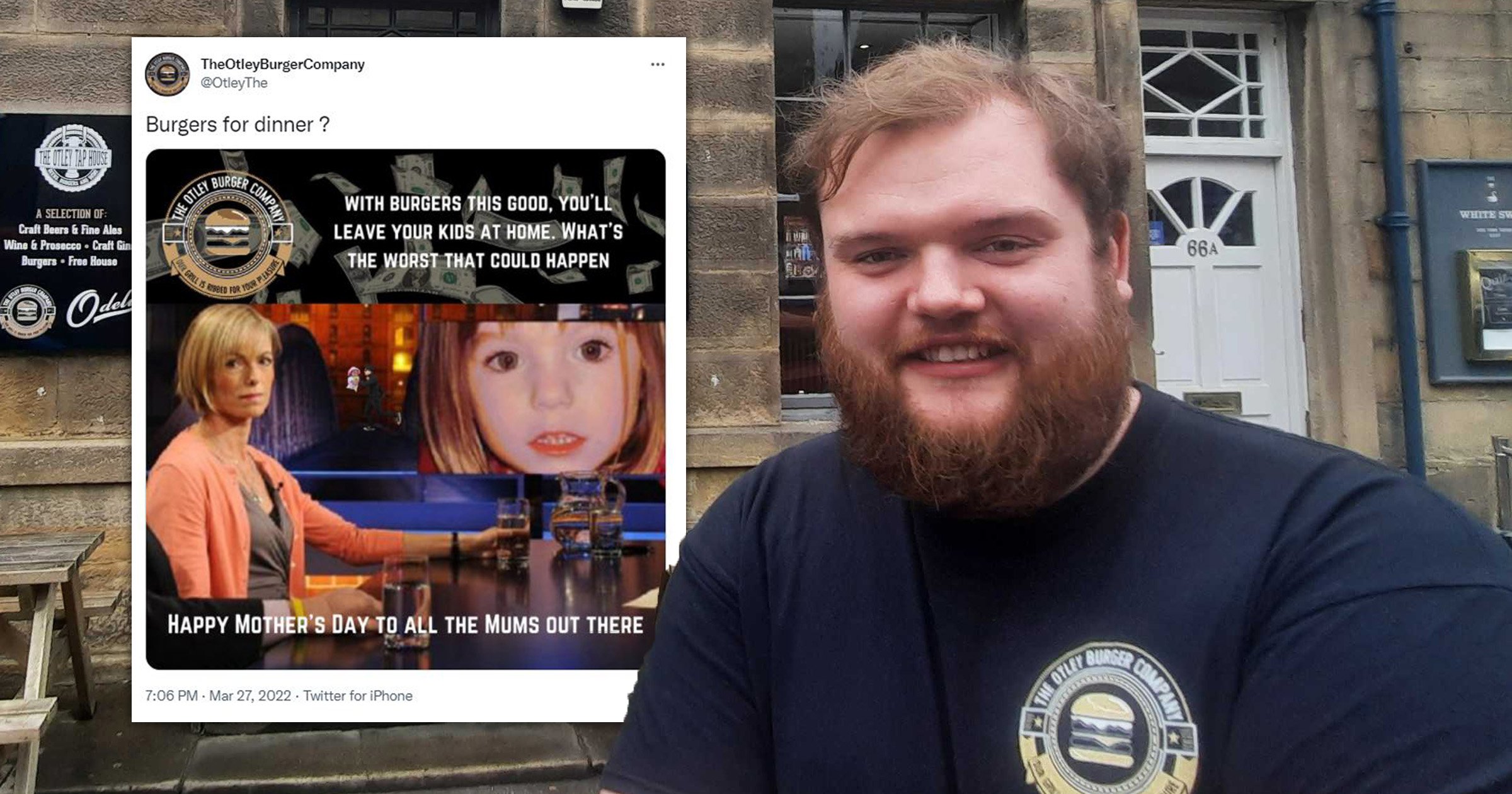 A takeaway owner has refused to apologise for using Madeleine and Kate McCann to promote his burgers for Mother’s Day.

His business, The Otley Burger Company, in Leeds, sharply divided opinion with its post, which included pictures of Madeleine and her mum.

An edited image showed a man dressed in all black with a burglar mask running away with the toddler.

The promotional post said: ‘With burgers this good, you’ll leave your kids at home. What’s the worst that could happen [sic] Happy Mother’s Day to all the mums out there.’

It split audiences on Facebook, with some calling it ‘unacceptable’, ‘sick’ and ‘absolutely disgusting’ as they called for the burger joint to be shut down.

Others thought the topic was fair game and said the post was a ‘bit of fun’, even claiming Madeleine’s parents didn’t deserve sympathy.

Maddie was aged three when she disappeared from a holiday resort in Portugal in May 2007, and her parents, Kate and Gerry McCann have never given up hope that they might find her someday.

Many criticised the pair for leaving Madeleine to sleep at their holiday apartment with her siblings while they ate at a nearby restaurant.

But Gerry and Kate said they were checking in on their children regularly on the night of Maddie’s disappearance.

Joe’s business, which runs out of The Otley Tap House and employs 20 people, is known for provoking controversy through its social media accounts.

He says each wave of attention has resulted in more sales and sees causing outrage as ‘playing to win’ – but it does have a downside.

Joe hasn’t reported the latest threats to the police and doesn’t seem particularly concerned about them despite receiving so many.

Defending his actions, Joe said: ‘I’m not taking the mick out of a missing toddler. I’m basically putting, “Happy Mother’s Day” to all the mums.

Last year, Joe was in hot water for sharing a Mother’s Day post with a picture of disgraced Karen Matthews, who pretended her daughter had been abducted.

He said the promotion ‘put a load of money in the till’ but also resulted in death threats that left him barely able to sleep.

The Otley Burger Company has also been egged and bricked on multiple occasions following the controversial posts.

Joe said he’s only involved the police once as he doesn’t think there is much point in reporting bricks as he couldn’t prove who’s done it.

Scientists are 'totally comfortable' to drop the two-metre rule