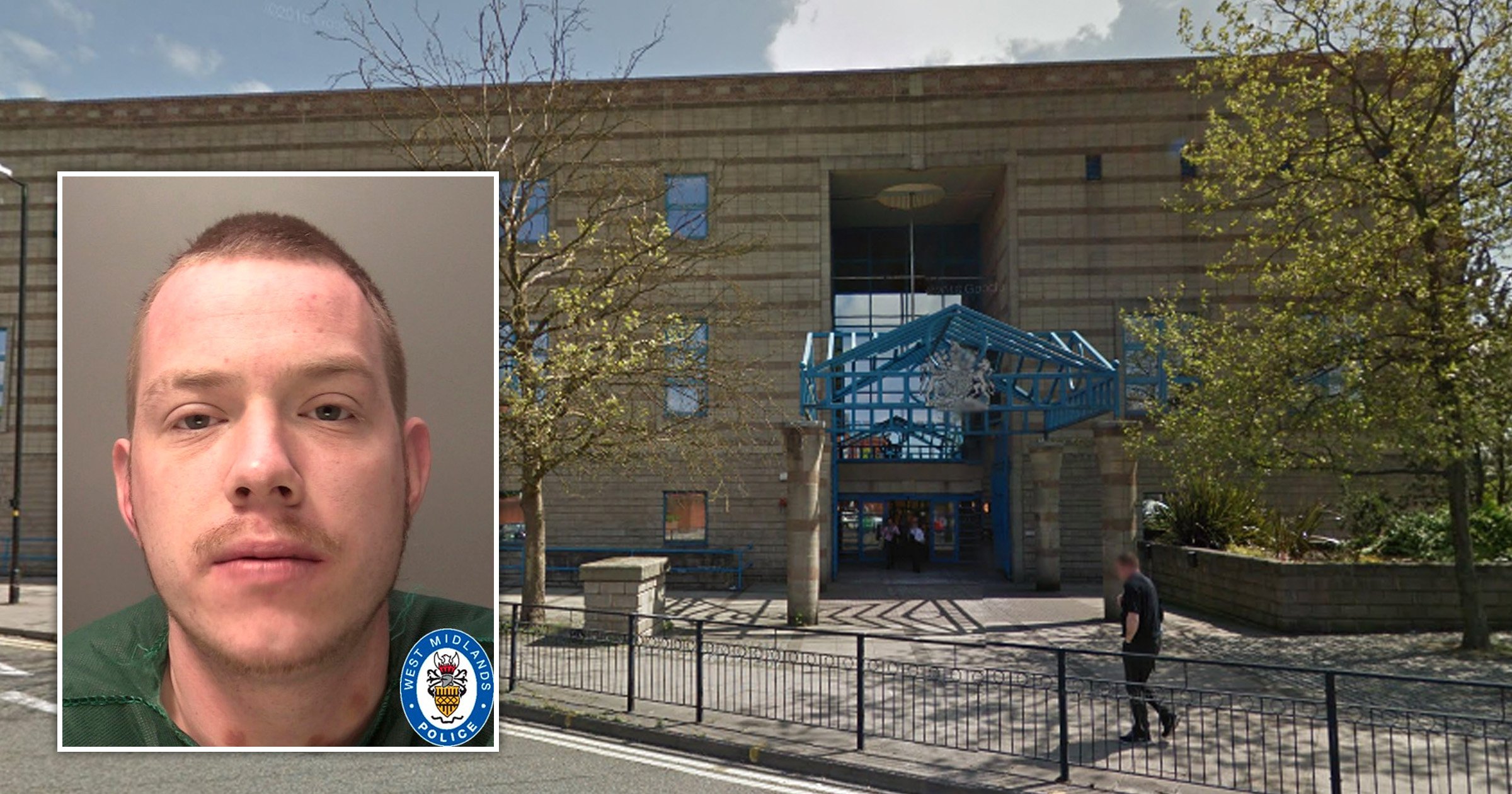 A burglar who stabbed a pensioner and broke his nose before pretending to be his grandson to arriving police officers has been jailed.

Andrew Bowering, 26, was ransacking a home in Croft Street, Walsall, when the 82-year-old was woken up by him rummaging through his drawers.

When the pensioner confronted Bowering, the thief stabbed him three times in the legs and once in the head.

A court heard how Bowering had already removed the TV from the house and had come back in search of more valuable items.

West Midlands Police said the injuries could have ‘easily been very serious’ or ‘possibly even fatal’.

The force was alerted to the attack on December 27 last year after neighbours heard Bowering shouting: ‘Where are your car keys? Do you want me to stab you?’

When officers arrived, they found Bowering stripped from the waist down and wearing a bloodied t-shirt.

Realising there was no escape, Bowering undressed and claimed he was the victim’s grandson.

He tried in vain to convince officers that he had confronted the robber, who he claimed fled from the scene.

But he later admitted wounding and aggravated burglary, and was jailed for nine years on Thursday.

‘He posed no threat to Bowering yet he lashed out several times with a knife and also left the man with a broken nose.

‘Thankfully the victim has gone on to make a good recovery but we could easily have been looking at very serious, possibly fatal stab injuries.

‘Our officers quickly saw through Bowering’s claim to be the man’s relative and he was arrested just a few minutes after the attack.

‘I wish the victim well for the future and hope the jail sentence handed to Bowering will offer him some comfort.’