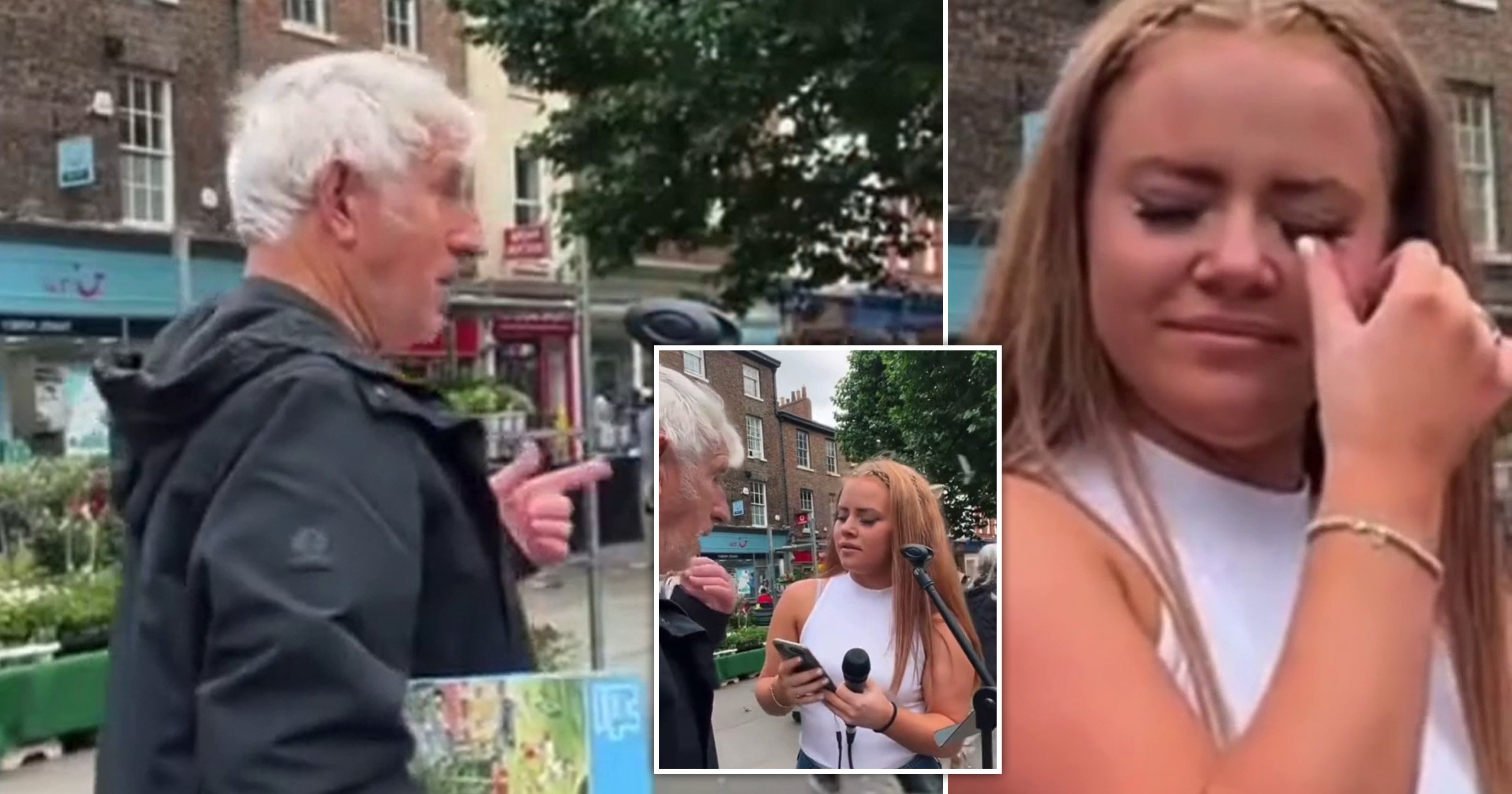 A teenage busker was left crying in the street after a cruel man told her ‘some people have it and you don’t’.

Mia Kirkland, 18, said the first two hours of her set in York city centre went well, with some people kind enough to give her a bouquet of flowers and even a hug.

But it was rudely interrupted by a white-haired man, oddly clutching a 1,000-piece puzzle, who claimed to have worked with Diana Ross.

Mia walked off when the Simon Cowell wannabe gave his unsolicited review of her performance.

He then tried to follow her, but got the message when she turned round and said ‘that’s nice, thank you, have a lovely day’.

The budding singer, who live-streamed her performance, tried to compose herself as she wiped away tears.

She believes the man thought her an ‘easy target’ as she appeared to be a woman alone.

She said: ‘He was trying to mumble so that other people couldn’t hear it, but he said “some people have it and you don’t.”

‘I started walking away and he was saying he knows what he’s talking about because he’s worked with Diana Ross and other artists.

‘He kept following me and then as soon as my mum stood up and came over, he left. The only reason he was doing it was because he thought I was on my own.

‘Then as soon as he’d spoken to me, I said to my mum, “My day is just ruined now. I don’t want to keep going.”

‘It was only earlier that I’d had flowers and loads of kind words, but it’s hard not to let people like that ruin your day.’

Despite being shaken by the encounter, Mia is back out busking.

She added: ‘Lots of people have said the closest he’s probably got to Diana Ross is listening to her in the shower.’

Queen’s speech 2019: What time is the Queen’s Royal Christmas Message?