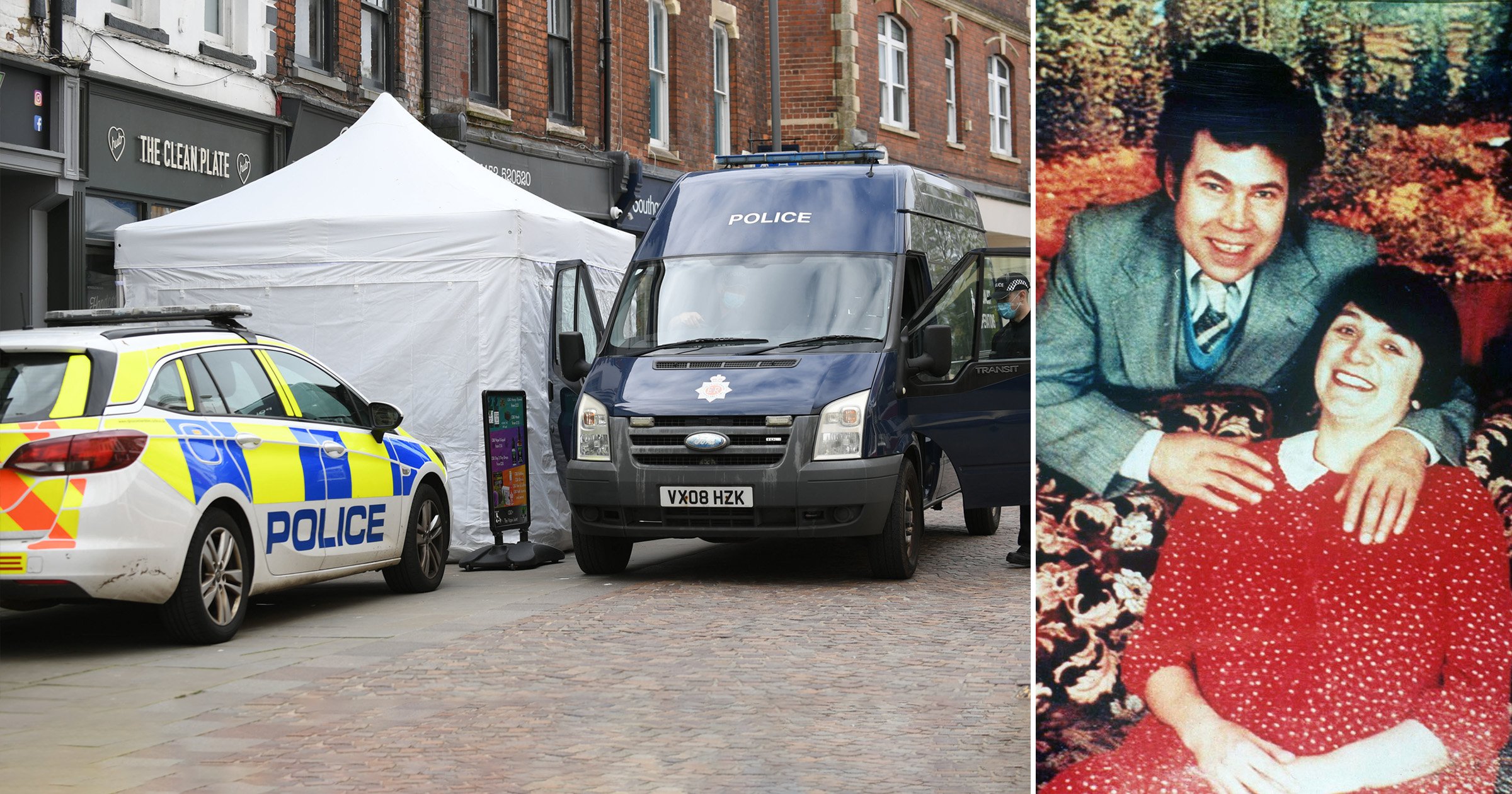 Six areas of a cafe toilet are set to be excavated by detectives searching for the body of a girl feared to be killed by Fred West.

It is thought they have spotted several ‘anomalies’ in the toilet area which they now need to investigate.

Mary Bastholm, 15, disappeared more than 50 years ago and her body has never been found, though she suspected to have been murdered by prolific serial killer Fred West.

But officers resumed the hunt decades later after a crew from ITV filming a documentary, to be fronted by Sir Trevor McDonald, tipped them off with new possible evidence.

Investigators have been using thermal cameras at The Clean Plate Cafe in Gloucester for the past few days, and have now unearthed dark blue material that could match the coat she was wearing when she disappeared back in 1968.

Excavation work for human remains is expected to begin tomorrow.

A statement from Gloucestershire Police said: ‘The detective leading the investigation at the Clean Plate cafe in Gloucester says that excavation work will now take place following assessments at the scene.’

It added: ‘Forensic archaeologists have today confirmed that there are a number of structural anomalies within the cellar that warrant further exploration.

‘Following a review of the analysis Gloucestershire Constabulary has now approved excavation work to begin to establish if any human remains are present.

‘The work will last several weeks but will not begin until at least Wednesday while final assessments are made.

‘Mary’s family have been updated with this information and are supportive of the activity taking place. They continue to receive support from family liaison officers.’

West often visited the cafe – at the time called Pop In – and theories he killed Mary have remained ever since his crimes came to light in 1994.

Mary worked as a waitress at the cafe, which was just a five-minute walk from West’s house at 25 Cromwell Street.

A source told The Sun how camera images from the cafe ‘clearly show material which matches the navy blue coat Mary was wearing when she disappeared’.

‘Great care is being taken to shift through the surface to preserve any potential evidence,’ they added.

The family of Mary have said they are ‘extremely happy’ that police have restarted the search.

They said in a statement: ‘This gives us a chance to potentially put her to rest after all these years.’

The Queen’s surprise admission about royal fans revealed: ‘I don’t have time!’

Queen heartbreak: The Queen and Princess Anne have grown ‘much closer’ after tragic events