They are fully aware of the attention on the Iranians, and even seem irked at the desire of journalists to seek them out to tell the story about how they are managing to get across the Channel.

While Iranians plan to stay in Calais for the shortest possible time, the Africans we spoke to seem resigned to having to stay for months before their opportunity to get out arises.

One Sudanese man we spoke to told us he had been here for a year, sleeping rough at the side of the road. 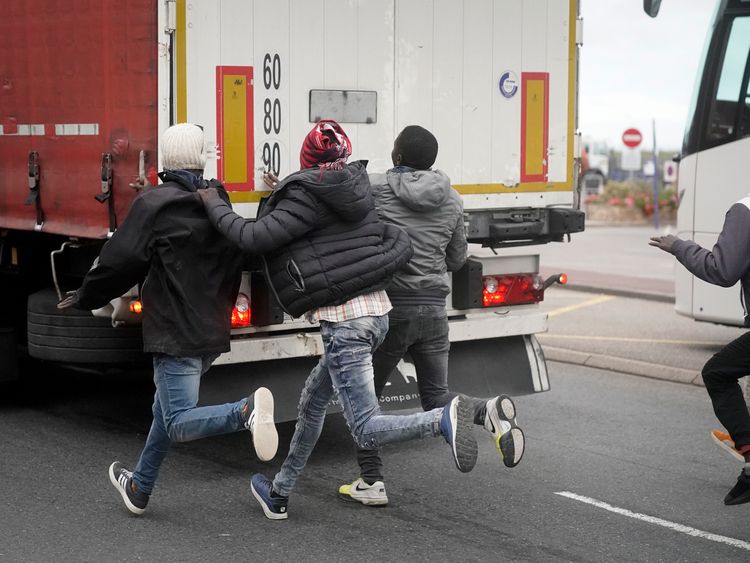 He was well aware of the large numbers of Iranians taking boats, and simply said of his time in Calais: “It’s difficult. It’s f****** s***.”

:: Patrols ‘stepped up’ after group of Iranians land on Kent beach

His friend from Ethiopia has spent 10 months in Calais.

He has no aspirations of getting a boat, knowing it costs money he does not have. He plans to keep trying the old-fashioned method of smuggling himself into the back of a passing lorry or car.

:: Channel migrants ‘being picked up’ by French authorities 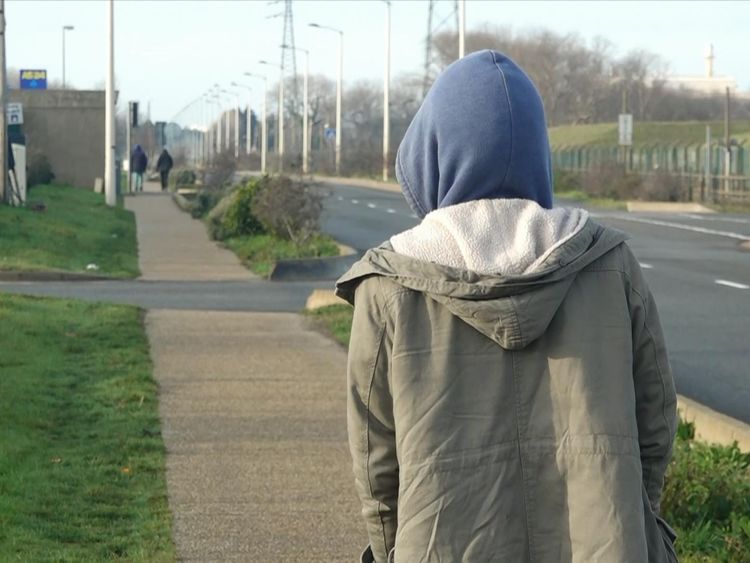 The so-called Calais jungle – a camp that became well known as the house of migrants in the ferry port – has been demolished by police.

Even in the sprawling jungle, the camp was divided into different communities from different countries and with clear boundaries.

Since the bulldozing of the jungle in 2016, migrants have set up smaller camps dotted here and there, but they are here in far fewer numbers.

But once again, they have started to pitch their tents in wasteland or gather along country lines.

One Iranian man told me a few weeks ago that smugglers walked openly into his camp touting for business – and the Iranians we spoke to say it is pretty easy to make contact with smugglers if you want to buy a dinghy.

It may not sound like much, but having a phone, the money and the know-how to get out is a luxury most of the African migrants do not seem to have.

E-scooters: Sister of six-year-old boy who suffered fractured skull after being hit by teenage rider calls for under-21 ban