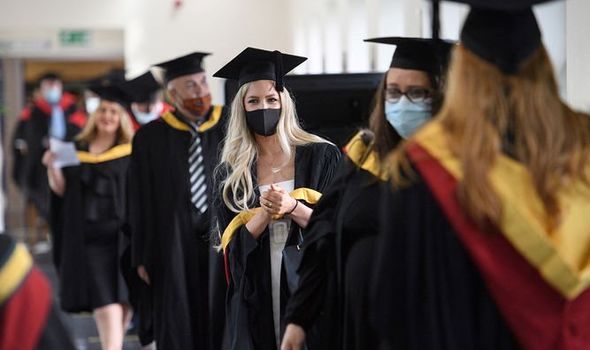 New Government statistics reveal the gargantuan scale of debts being loaded onto young people under the “deeply flawed” system.

It has led to calls for the return of polytechnics and more job­ focused options.

An average student starting an undergraduate course this year will leave university with debts to the Student Loans Company of £48,500.

Just one in four is expected to pay off their debts before the 30-­year cut-­off period when all outstanding balances are written off.

In 30 years’ time, it is calculated the balance of all unpaid student loans will be £1.3trillion – 10 times the annual cost of the NHS.

But the statistics, revealed in a Freedom of Information Act response from the Department for Education, show the Government is underwrit­ ing the figure and the only “winners” are universities, which get to keep the cash.

Matt Western MP, Labour’s Shadow Uni­versities Minister, said: “The Government’s approach to student finances is deeply flawed, leaving them with mountains of debt which most will never pay off.

“Combined with the Con­servatives’ abolition of the main­tenance grant, it is the poorest students who are often left graduat­ing with most debt.

“That deters others from applying to university altogether.”

Graduates are only asked to pay back the loan once they start earning more than £27,295.

Christopher McGovern, chairman of the Campaign for Real Education, said: “The country is satu­ rated with under­ employed or unem­ployed graduates yet we have a massive skills shortage.

“The needs of young people and of the economy should come before self-­seeking, money-­grabbing, univer­sity racketeers.

“We need to return half of univer­sities to their former status as job­ orientated polytechnics.”

A DOE spokesman said: “The stu­dent loan system is designed to ensure all those with the talent and desire to attend higher education are able to do so while ensuring that the cost of higher education is fairly distributed between graduates and the taxpayer.”

He said recent reforms to the student finance system are at the heart of plans to “build back better”.