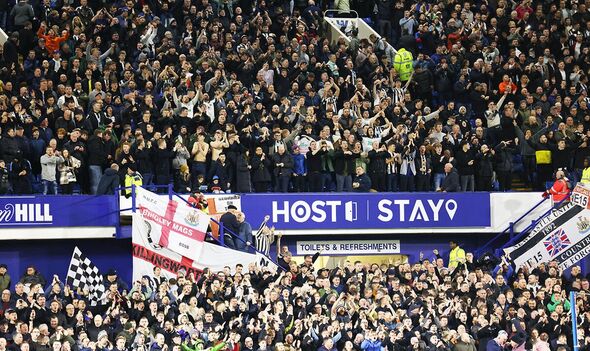 An MP has called for the government to carry out an urgent investigation into the safety of fans at an FA Cup game last weekend.

Newcastle United fans reported issues with overcrowding at Hillsborough Stadium as their side faced Championship outfit Sheffield Wednesday on January 7.

After the game, fans complained on Twitter that they were having difficulty getting through the tunnel at the Leppings Lane End, and that there were very few stewards on hand to help guide crowds, reports Chronicle Live.

One fan said: “Was a disgrace. Loads, including us, being sent to the wrong turnstiles down the opposite end of the stand and fighting their way past each other to make kick-off.”

Another said: “This was absolute chaos. No stewarding post the turnstiles and practically left to own devices. Ridiculous.”

One supporter wrote: “I was in the centre of the lower tier and it was ridiculously crowded 10 minutes before kick-off. The stairwell was filled with fans. When we arrived we asked the steward to point us in the right direction, he told us to go wherever we want! Unbelievable!”

Newcastle MP Chi Onwurah said action must be taken to ensure that another tragedy does not occur at Hillsborough.

“It is unacceptable that 34 years on from the Hillsborough disaster, at the same ground, at the same end, fans would experience safety issues and overcrowding,” she said.

“When Newcastle fans faced safety issues at Elland Road less than a year ago, the Government told me that they were working with the SGSA to ensure fan safety. However, in light of the weekend’s events, I have asked the Government to look urgently into supporter safety at Hillsborough to try to avoid any potential tragedy from occurring.

“The Culture Media and Sports Secretary should work with Newcastle fans, Sheffield Wednesday, and the FSA to provide a statement and improve supporter safety at football grounds.”

Meanwhile, PA news agency has reported that The Football Association is to speak to officials from both Newcastle United and Sheffield Wednesday after footage of the congestion issues around the exit to the tunnel in the Leppings Lane End was shared on social media.

Peter Scarfe, who runs the Hillsborough Survivors Support Alliance and was at the ground in 1989 when 97 Liverpool fans died, said Saturday’s scenes showed there were still problems.