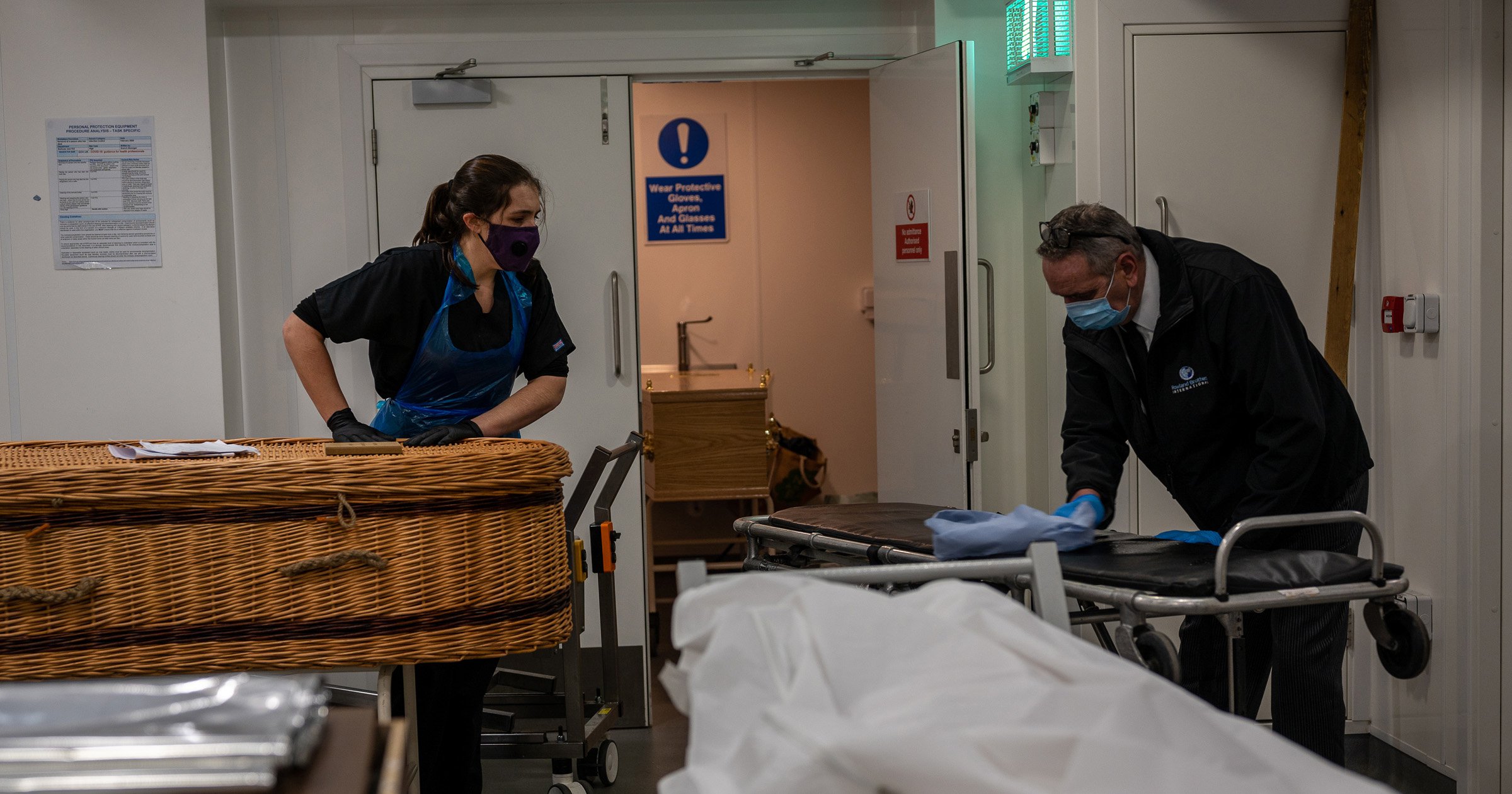 Experts have demanded an ‘urgent’ investigation as figures show nearly 10,000 more people than usual have died in the last four months from non-Covid conditions.

The devestating surge comes as the NHS waiting list hits another record high with 5.83 million patients currently waiting for elective procedures in England.

There are fears many people with treatable conditions could be dying as a result of hospitals cancelling thousands of appointments in the darkest days of the pandemic.

England and Wales have registered 20,823 more deaths than the five-year average in the past 18 weeks, data from the Office for National Statistics shows.

One health expert has warned ‘we urgently need to understand what’s going wrong’.

Professor Carl Heneghan, director of the Centre for Evidence-Based Medicine at the University of Oxford, told The Telegraph thousands of excess deaths were linked to ‘potentially reversible’ conditions like ischemic heart disease, cirrhosis of the liver and diabetes.

He said: ‘This goes beyond just looking at the raw numbers and death certificates. We need to go back and find if these deaths have any preventable causes.

‘This could be the fallout from the lack of preventable care during the pandemic, and what happens downstream of that.

‘We urgently need to understand what’s going wrong and an investigation of the root causes to determine those actions that can prevent further unnecessary deaths.’

The number of deaths from all causes tends to increase towards the end of the year.

But the total number remains above the average for the same week in the five years from 2015 to 2019, professor of applied statistics Kevin McConway has cautioned.

The number of deaths in private homes is also 40.9% above the five-year average, with ‘most of the excess deaths not involving Covid-19’.

The Institute and Faculty of Actuaries previously said more people are expected to die this year, with recent excess non-Covid deaths linked to the country’s ageing population.

It comes as ambulance response times in England are now at their highest since records began, with industry leaders even admitting patient care is being compromised.

One man recently told of how he survived nine strokes after his ambulance didn’t show up.

He fears others won’t be as lucky as it’s revealed the average waiting time for stroke 999 calls is nearly 54 minutes – dangerously far above the 18-minute target.

More than 120,000 people waited at least four hours in A&E departments last month – an increase of more than 50% since October 2019, the Royal College of Nursing warned in a recent report.

It comes as the Government urges the over-40s to get booster jabs to avoid a winter Covid crisis.