One in six people supports moving the UK capital away from London, and among those who wanted a new city, more than half backed Manchester. The YouGov poll even found those who did not back moving the capital would still choose Manchester if London’s status was to be scrapped.

Of those who supported a new capital, 42 per cent suggested Liverpool, 39 per cent supported Birmingham and 37 per cent said Leeds.

But the calls have been blasted on social media, with many arguing the largest city by size in any country should always be the capital for administrative reasons.

One woman wrote: “Ridiculous. I was brought up near Manchester – it’s a great city. BUT there is nowhere to compare with London as a capital.”

Another Facebook user posted: “Manchester is a village in respect to the Metropolis. London is never going to be out done by any other city.”

A third stated: “I don’t see the point in changing the capital at all.”

One woman, who is from Manchester, wrote: “It’s ridiculous.”

Some 20 per cent of Labour 2019 voters supported the idea of changing the capital, reports Manchester Evening News. 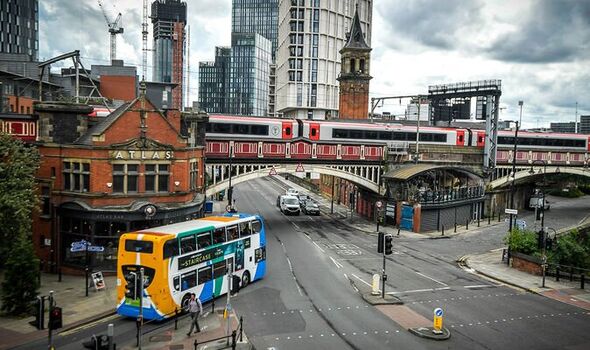 More men support the idea of changing the capital than women do – 20 per cent to 12 per cent.

But Lisa Nandy, Labour MP for Wigan, aired her concerns about moving the capital.

“Just not Wigan is my plea. I don’t want a load of lords in ermine and a load of MPs sitting in my local pub,” the 42-year-old politician said.

“Every single town has lost a nightclub that they feel very strongly about, that was part of our history and our heritage.

“You know, in Wigan we had northern soul and we miss all of that greatly. Live music venues that used to sustain bands like the Verve who come from Wigan, who could gig and play around Wigan, not just have to travel into Manchester to do it, those things have disappeared in the last couple of decades.”

The weekend they’ve been waiting for: Vaccine tents join line up as 170,000 descend on festivals across UK