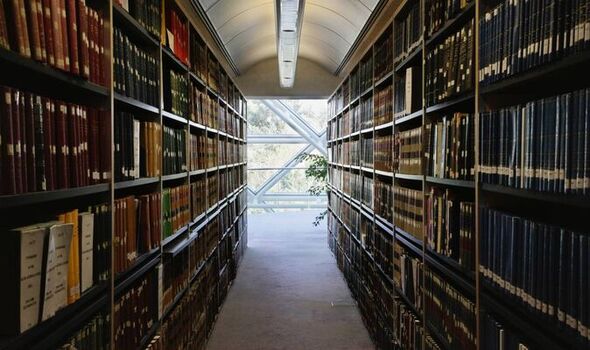 The ancient university has already come under fire for issuing a content note on children’s books such as Little House On The Prairie by Laura Ingalls Wilder for its ‘stereotypical depictions of Native Americans’.

And undergraduates have also been warned that themes of gore and violence that might ‘upset’ them in Shakespeare’s Titus Andronicus.

Now the Cambridge University Centre for Teaching and Learning (CUCTL) has told staff that all books and plays featuring violence, discrimination and illness should all carry a warning content note.

The warnings will make education more inclusive by stopping students from being excessively distressed during their studies, the CUCTL says.

But some dons are pushing back against the guide warning of “the coddling of the Cambridge mind”.

Cambridge’s own survey before the guidance was published recorded staff objections on the grounds that content notes involve ideological and political biases.

Prof Arif Ahmed, a reader in philosophy at Cambridge, said: “In a free society you will and should encounter speech that you find profoundly shocking, disturbing or offensive.

He added that by the logic of the guide, “every writer from Plato to Foucault will need their own trigger warning”.

Dr James Orr, an assistant professor of philosophy of religion at Cambridge, added: “I doubt that more than a few of us would adopt guidance with such dubious evidential support.

“That it exists at all is a reminder of how close we are coming to the coddling of the Cambridge mind. Lecturers are not therapists, students are not patients.”

Professor David Abulafia, a Cambridge historian, said: “A university that asks for warnings to be marked with an “Asterix” is living in the realms of fantasy as well as illiteracy.”

The internationally acclaimed ancient university is the latest academic institution to slap warnings on novels and plays written many years ago in a bid to protect ‘snowflake’ undergraduates.

Professors at Royal Holloway, the University of London, feared the depictions of poverty and crime in the classic Oliver Twist could cause their students ‘distress and anxiety’.

Earlier this year they issued a content note for the Charles Dickens book, alerting its readers to themes of ‘child abuse’, ‘domestic violence’ and ‘racial prejudice’.

The University of Northampton has issued an alert about George Orwell’s Nineteen Eighty-Four – a classic which warns against the dangers of censorship – and Salford University has warned against Dickens’s Great Expectations and Charlotte Bronte’s Jane Eyre.

The CUCTL advice, issued in the last week, states: “Content notes are not intended to ‘coddle’ privileged students insulated from violence.

“They help to equip students who have experienced violence to engage with their education on an equal footing, rather than exposing them to triggers without warning or preparation which may make them relive their own experiences of such realities.”

It states that content notes do not limit the topics that can be discussed in the classroom.

The university adds that students who are not given adequate warnings face a negative impact on their well-being and academic achievement.

The guidance says students who benefit from content notes will be better equipped to discuss challenging material thus resulting in a positive impact on academic freedom and intellectual rigour, by ensuring that all students – particularly those most affected by the issues being discussed – are able to participate on a more equal footing.

“’Students are best prepared to deal with intellectually challenging material when they are enabled to manage any emotional/psychological distress that such material may provoke,” it says.

“Arguments against the use of content notes tend to employ a rhetoric of ‘snowflake students’ wanting to be protected and coddled from the harsh realities of life.

“In fact, the issue for many students is precisely that they are already well acquainted with those realities; triggering content reflects traumatic events they themselves have experienced.”

A Cambridge University spokesman said the guidance is “intended to support staff – as part of their teaching practice – who are looking for advice in this area” and “warnings can help those who have experienced violence and trauma to engage with their education on an equal footing”.