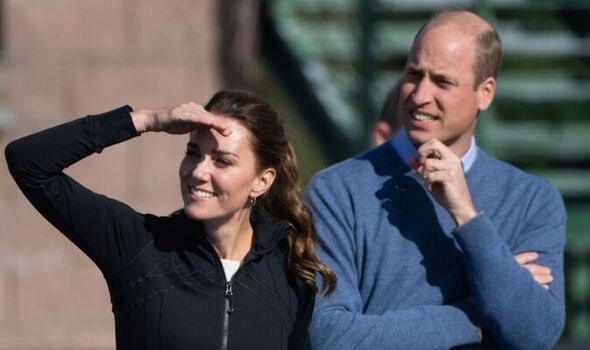 It will be Kate’s first match since becoming the figurehead of the England set-up by taking over as patron of the Rugby Football Union (RFU).

Her side will be up against her husband’s team, asWilliam has been patron of the Welsh Rugby Union since 2016.

Kate recently took over as patron of England’s governing body from Prince Harry, who was told to step down after quitting his senior royal role.

It was confirmed in August last year but only officially announced earlier this month that the Queen had decided to make Kate, 40, the patron of the RFU and of the Rugby Football League, another role stripped from Harry.

The duchess is an avid rugby union fan and grew up watching England games with her family, long before her 2011 marriage to William, 39.

Kate, a keen sportswoman, enjoys a rivalry with her husband on the tennis court and on the pitch.

She told the women’s players about their sporty brood – describing how Prince George, eight, plays rugby and netball at school with boys and girls. And Kate suggested daughter Princess Charlotte, six, is becoming a lover of the game – as is her younger son, Prince Louis, three.

She said: “Louis is kamikaze, we’re worrying about when he gets older, he’ll be in the middle of everything.”

When the women’s team presented her with junior England kits for her children, Kate said: “I’m very proud to be here. I’ve got lots to learn, I’ve been looking at different players and tactics.”