Camilla, Duchess of Cornwall was in Germany with Prince Charles on Sunday on behalf of the British Government to commemorate Germany’s national day of mourning. The trip was the day after Charles’ birthday, with the future king having turned 72 on November 15.

Prince Charles and Camilla were met by President Frank-Walter Steinmeier and his wife Elke Budenbender on the steps of the Bellevue Palace in Berlin.

They exchanged namaste welcomes – clasping their hands together and bowing their heads – before posing for a socially distanced photograph.

Later the same day Charles and Camilla travelled to the Neue Wache Central Memorial, dedicated to victims of war and tyranny.

The Prince of Wales also delivered a passionate speech to praise the bonds of friendship, culture and shared values he believes will endure between the UK and Germany in the aftermath of Brexit. 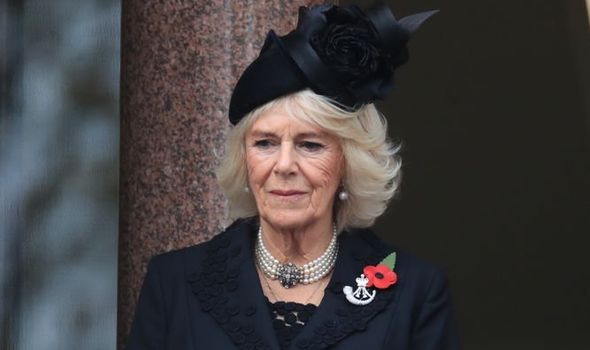 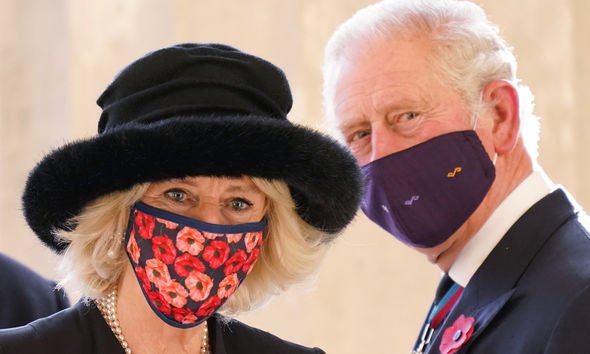 The couple were permitted to travel despite the coronavirus restrictions, as certain diplomatic groups are covered by travel exemptions.

This means Charles and Camilla will not have to isolate for 14 days after returning to the UK.

Clarence House said in a statement of the trip: “At the request of The British Government, Their Royal Highnesses the Prince of Wales and The Duchess of Cornwall will attend the Central Remembrance Ceremony in Berlin to commemorate the annual National Day of Mourning on Sunday 15th November.

“This follows an invitation from the President of Germany, Frank-Walter Steinmeier, (Patron of the War Graves Commission).” 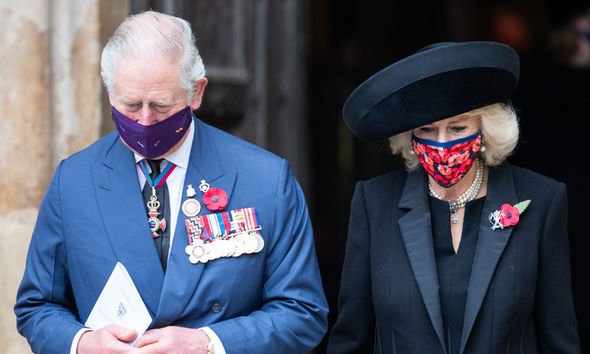 Why isn’t Camilla a princess?

When women marry into the Royal Family, they are traditionally permitted to take on the female version of their husband’s title.

As such Kate Middleton became Kate, Duchess of Cambridge when she married Prince William.

However, she is not known as Princess of Wales, despite Charles being the Prince Of Wales.

This is thought to be out of respect to the late Princess Diana, who died after a car crash in 1997.

Royal expert and author of the blog Royal Musings, Marlene Koenig, explained the decision for Camilla to not be styled as princess was in part made to avoid any bad feelings toward Camilla.

Ms Koenig explained when the pair wed: ”Camilla was not popular or well-liked, [though] this has changed a lot since the marriage as Camilla has taken on a lot of patronages and Charles is a lot happier. 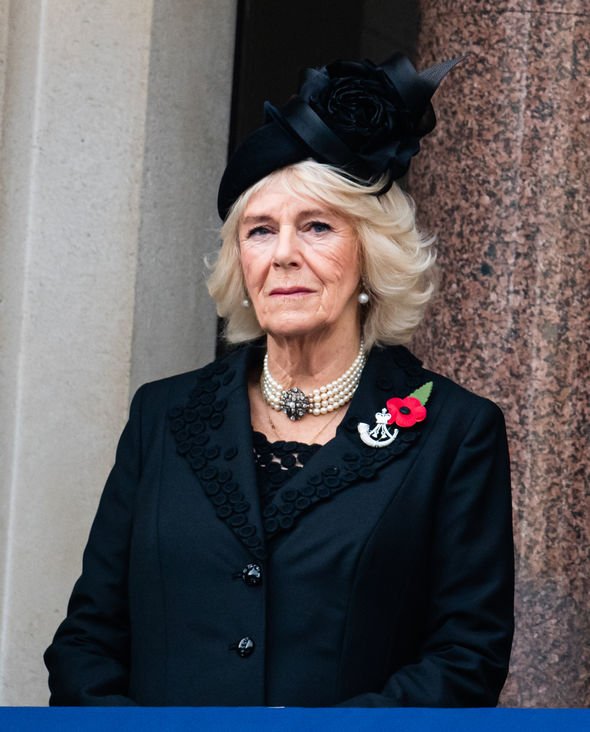 “Still, [there was] a lot of tension and anger among a certain element of the population—so it was decided that Camilla would be styled as the Duchess of Cornwall, even though, of course, she is the Princess of Wales.”

Another title Camilla holds is the Duchess of Rothesay, which she is often called in Scotland.

Camilla’s title may change yet further in the coming years when Prince Charles ascends the throne.

When asked by a member of Parliament about Camilla’s title, Constitutional Affairs Minister Christopher Leslie said: “This is absolutely unequivocal that she automatically becomes queen when he becomes king.”

However, there have been suggestions Camilla would instead be styled Princess consort.

Charlie Proctor, editor-in-chief of Royal Central said: “The official line is that when Charles becomes king, Camilla will become princess consort. I personally think that is nonsense.

“When Charles takes to the throne, Camilla will become queen consort.

“The monarchy is not a popularity contest, and you can’t change titles in fear of certain people still having chips on their shoulders.”