Camilla rubbed shoulders with Ms Miller as she attended the WOW festival alongside with many female leading personalities in the UK. The Duchess of Cornwall was pictured shaking hands with Ms Miller, the activist who initiated the court case against the British Government over its authority to implement Brexit without approval from Parliament.

In one picture, Camilla is laughing alongside the businesswoman, while in another she can be seen posing with her and the Metropolitan Police Commissioner Cressida Dick.

During their brief meeting, the Met Police chief praised the Duchess of Cornwall for her efforts in shining a light on domestic abuse.

At the event, Camilla delivered a powerful speech which opened a panel focused on domestic abuse.

The Duchess, who has made this issue one of the cornerstones of her public work, received thunderous applause when she urged Britons to change the conversation surrounding abuse within private walls. 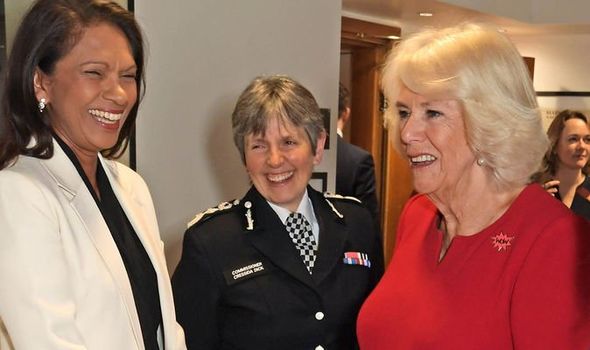 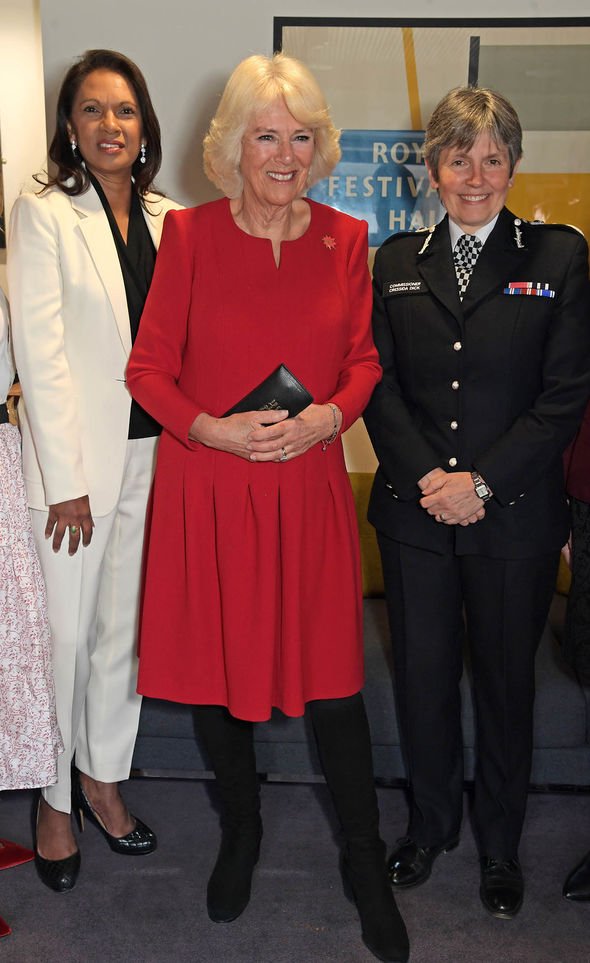 In her speech, the Duchess of Cornwall said people must stop blaming the victims of domestic abuse and start asking the right questions to the abusers.

Taking the centre stage, Camilla, who donned a red dress with a pink badge reading ‘WoW’ pinned on her lapel, said: “We need to change the conversation from ‘Why doesn’t she leave?’ to ‘Why doesn’t he stop?'”.

After her emotional visit to Safe Lives, which marked the 15th anniversary of the organisation, Camilla recalled the first meeting she had with survivors of domestic abuse and people telling the stories of those who didn’t survive their violent partners.

In a candid interview with the Daily Mail’s royal correspondent Rebecca English, Camilla described hearing stories of domestic abuse one of the most “harrowing experiences” she has ever lived through.

She said: “I didn’t really know the extent of domestic abuse and I think until I got to that meeting – you probably felt this too – and we all sat round, that I wasn’t sure what I was going to expect. 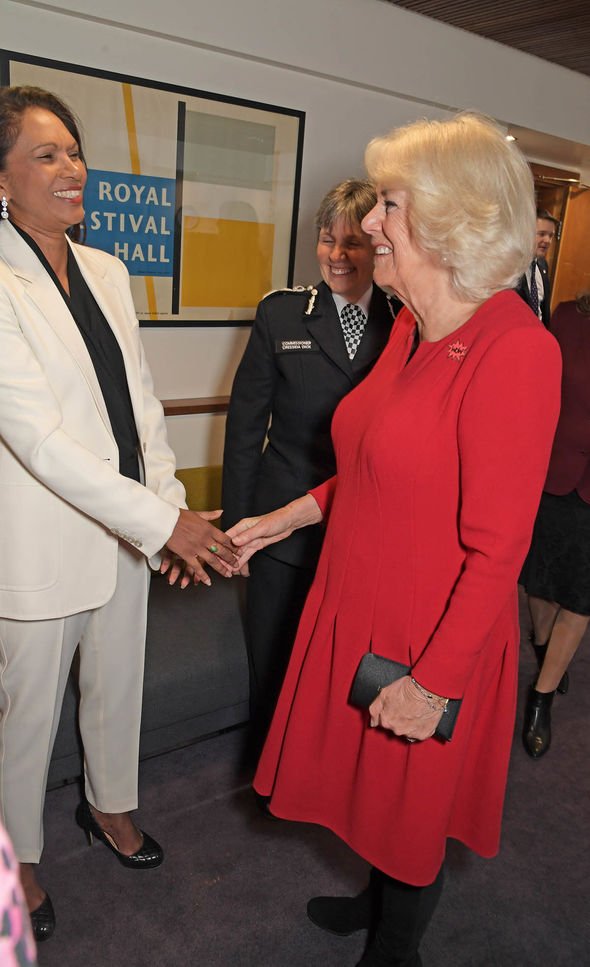 “And then one after the other these ladies got up to tell their stories and they were so brave – it was one of the most harrowing experiences I’ve ever, ever had.

“And I thought to myself, this is going on, what are we doing about it?

“But I don’t think we ever believed it was that bad.”