Camilla 'perfect for the job' of Queen says Arthur Edwards

Camilla, Duchess of Cornwall celebrates her 75th birthday this weekend and the royal has been non-stop in the lead-up to the special occasion. Amongst guest-editing an issue of Country Life, dancing at mini festivals and appearing in a rare documentary, the Duchess sat down for an interview in which she revealed tragic details of her father’s experiences of the war. Major Bruce Shand was a decorated war hero who was captured and held as a prisoner during World War Two.

Like royals such as Prince Harry, Prince William and Prince Edward, Duke of Kent, Major Shand trained for the military at Sandhurst.

He first served as a second lieutenant in the 12th Royal Lancers but was promoted during the war to lieutenant, in 1940.

Growing up, Camilla knew very little about her father’s war years, but decades later, when the Duchess had children of her own, the veteran began to open up.

In an interview with Women’s Weekly to mark her 75th birthday, Camilla opened up about her father’s past. 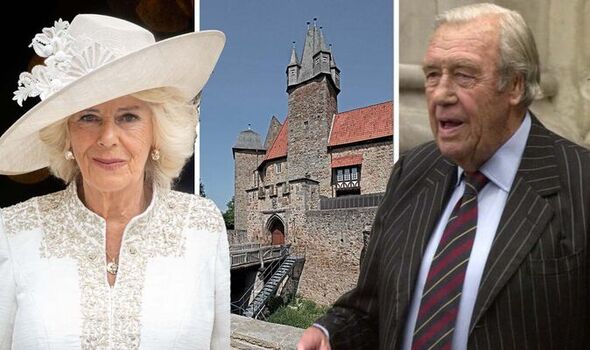 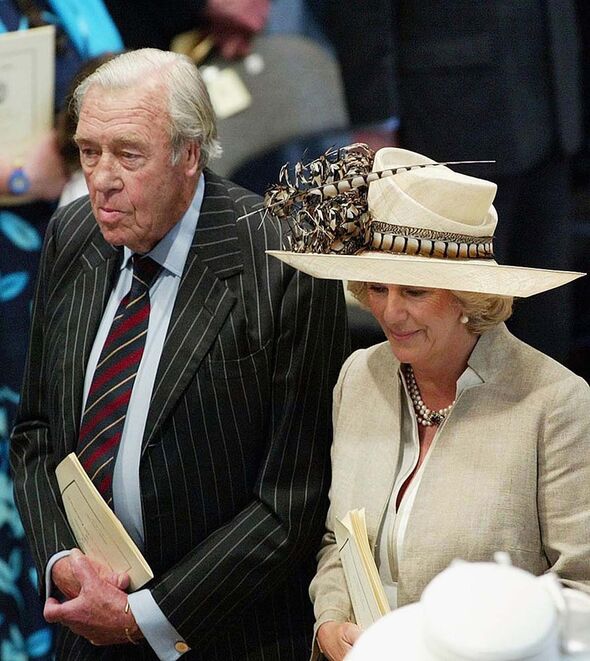 She said: “We couldn’t get him to talk about it. Yet when my children [son Tom and daughter Laura] and my sister’s children came along, especially the boys, he started to.”

Major Shand was captured at El Alamein, a town on Egypt’s Mediterranean coast, in 1942.

Camilla explained that he narrowly escaped death during his capture when a bullet “missed all his vital organs.”

The Duchess said: “He was in an armoured car, about 100 yards from Rommel’s encampment, when my father opened his mouth to shout a command at his wireless operator and the bullet came zinging from the German, went through one side of his cheek, out the other and killed his wireless operator.

“It was extraordinary because it missed all his vital organs, his tongue, his teeth, but obviously his face was blown to pieces.

“Then a second bullet got him through the leg.” 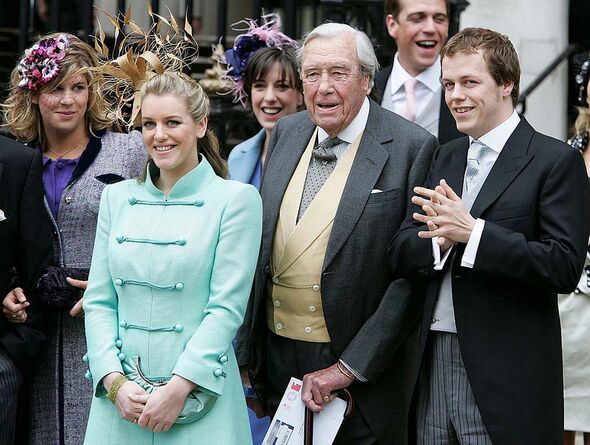 His two crewmen were killed and Shand was taken to Germany as a prisoner of war.

Due to his extensive injuries, he was later taken to a hospital in Greece, where “there was the most brilliant plastic surgeon.

“Nobody had ever sewn up anybody from the inside [of their mouth] before.

“You would have never known my father had anything wrong.

“Afterwards he was shipped back from Greece to Spangenberg Castle in Germany, where he was a prisoner for two and a half years.” 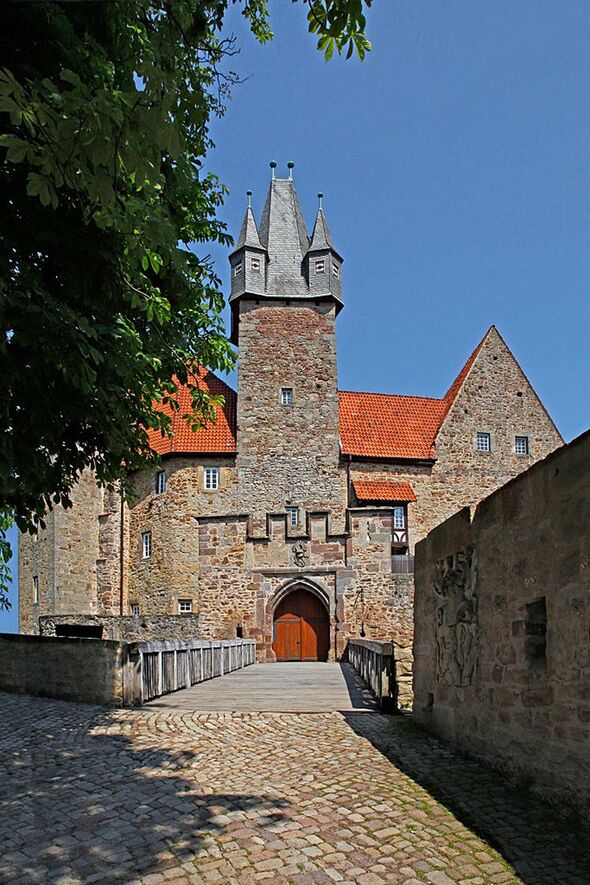 But, as part of a 25-strong group, Major Shand took his chance to escape while being marched out of the castle, counting on the guards’ attention to lapse.

The group, which was led by the German-speaking Terence Pritty, spent a week in a barn, fending off locals to live on foraged food and eventually being rescued after spotting American tanks in the distance.

In 2017, during a Royal Tour of Canada, Camilla met Edward Rose, a 92-year-old man who had an extraordinary tale to tell.

When he got the chance to speak to the Duchess of Cornwall, he revealed that he had escaped the prison camp with the help of her father. 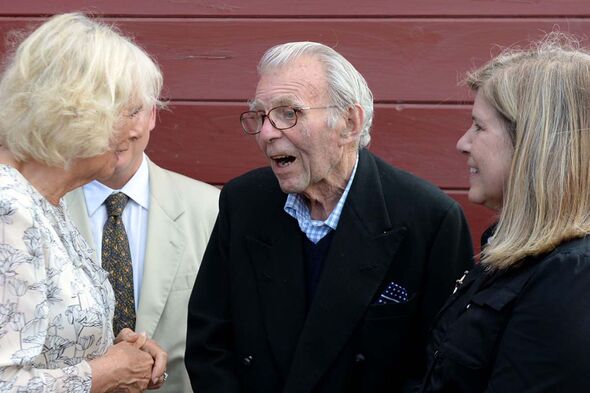 Mr Rose, formerly of the Green Jackets Rifle Brigade, told her: “I was in the second wave that went in after D-Day in 1944 and I was a prisoner for about six or seven months.

“Spangenburg was supposed to be a place where you couldn’t escape from, there were a lot of people from my regiment who had been captured at Calais and spent five years there.”

He later said: “We were all in a barn and Terence said: ‘Don’t let’s move on in the morning, we’ll go into the woods’, he talked to one or two of the guards in his excellent German and said: ‘We’re going’ and they said they couldn’t care less because they wanted to go home.”

Camilla said she was only sorry her late father was not there to be reunited, or to learn about their meeting.

The Major, who died in 2006, a year after Camilla married Prince Charles, was promoted while he was a POW, going up to the rank of captain. 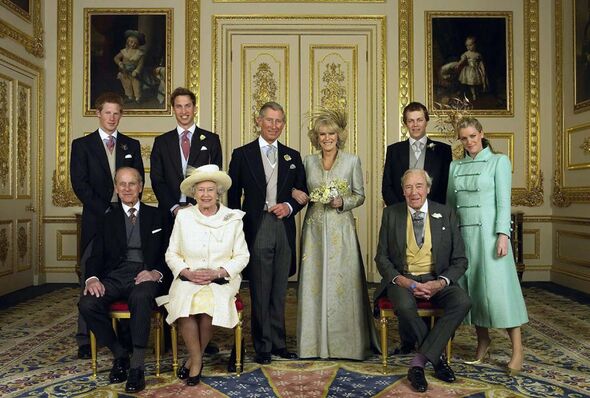 He was given the honorary title of Major before he retired.

Major Shand was also awarded two military crosses for his service during the war. The first was given to him in 1940, and the second in 1942.

Following his escape, he married Rosalind Cubitt and they had two children: Camilla and Mark.

He became a partner in a wine firm, and reviewed military books for Country Life magazine. 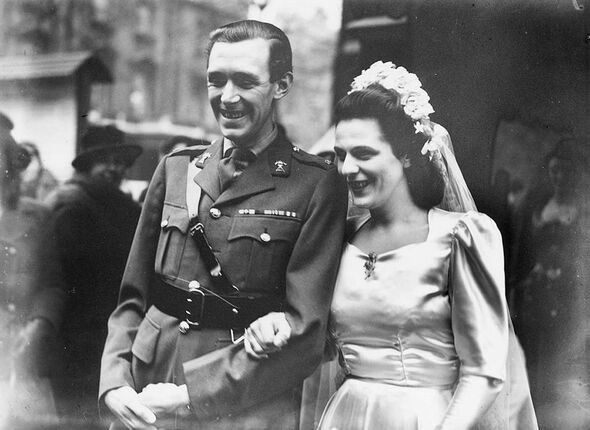 He would undoubtedly be proud to have seen his daughter playing such a key role in the Trooping the Colour parade last month.

The Duchess told Women’s Weekly: “He’d be so pleased knowing that I was Colonel-in-Chief of the Rifles now.

“I don’t think anything would have made him more proud.”