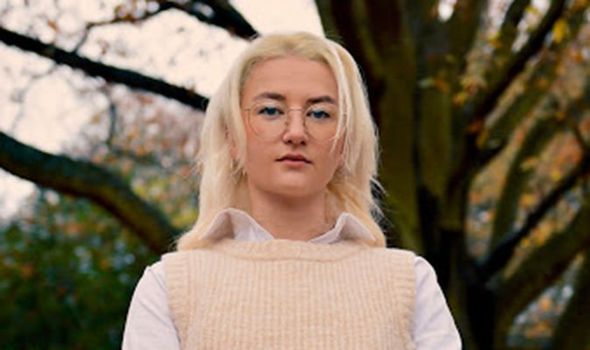 The 26-year-old photojournalist has amassed thousands of followers online through her series of images called Cheer Up Luv in which she captures people in places they have experienced sexual harassment. She says many of those she has spoken to said their first experience of unwanted sexual attention was at school, aged 11 and 12. Eliza, who started the project in 2017, said: “I’ve had hundreds and hundreds of stories of public sexual harassment, and I’ve documented them through my project.

“I’m always kind of shocked at the age in which harassment seems to start, which is a common denominato tor in a lot of the stories I document with my photographs.

“It all seems to stem from starting at [secondary] school or from when they are 11 or 12 – these ages are always cropping up. And that, to me, is always one of the most common themes I see in the stories.

“Sexual harassment is not limited to age, or gender, or race or any of these things. But it does seem to correlate by starting at a young age.”

The Daily Express has partnered with Our Streets Now and charity Plan UK to make Britain’s streets safer for women and girls.

We are calling for better education about the issue at school and for public sexual harassment to be made a specific criminal offence – meaning offenders could get a criminal record and face more penalties.

Londoner Eliza added: “The campaign that Our Streets Now and Plan UK are doing, and especially the educational side of things, I think that is a really powerful thing hone in on at the moment, because it all starts in schools.”

She described how young people “learn to brush off public sexual harassment, normalise it and assimilate it” into their life because they do not know any difference.

And 94 percent of girls think harassment should be illegal.

Eliza said: “I think it’s important to have a deterrent. I think that it is crazy that you can get fined for dropping chewing gum on the floor.

“But absolutely nothing will happen if you get aggressively sexually harassed in the streets with a bunch of people watching. I do think that there needs to be some incentive to not just have rampant misogyny in the streets.

“I do think that the main thing is tackling the problem at the root.

Disabled activist Becky Dann has described how older boys would hurl sexual comments at her from across her school’s hallways when she was a teenager. 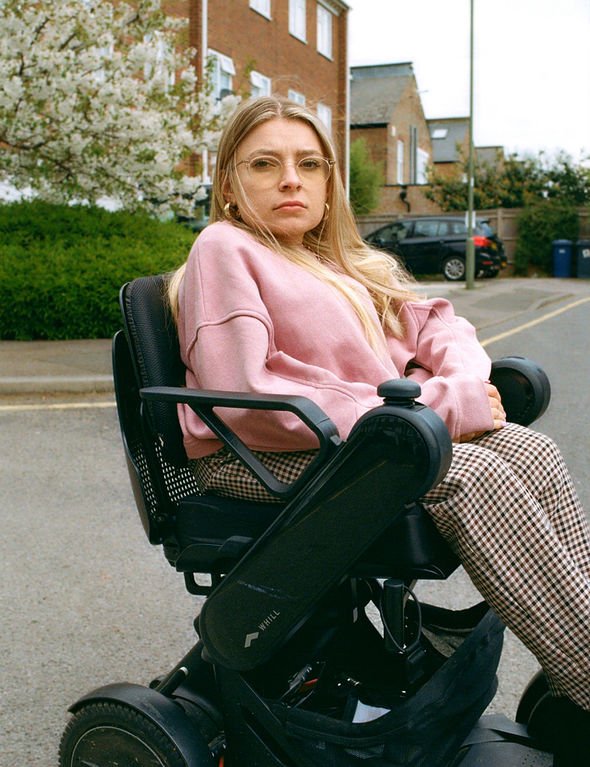 Becky, 27, from Cambridgeshire, said: “I just got to high school. And at this point I was walking, but because of my disability, I’ve always been very small.

“Straightaway, the older boys – who were a lot bigger and a lot more scary for a little year seven – started to make sexual comments towards me. They would sort of shout it at me in the corridors and on the playground.”

Becky said she wished teachers had done more, adding: “I did report it and they just didn’t know how to handle it. And I think even back then, they kind of just acted as if I should have just laughed it off.”

The photographer and designer was diagnosed with scoliosis, which has given her a severe curve in her spine. She now needs a wheelchair.

She described how older men approached her at bars and clubs and touched her, pretending it was an accident, but it kept happening.

She added: “They basically said that they would sleep with me as if that’s something that I should be grateful for. There was a time when I actually stopped going out.

“I was upset. Sometimes I still go out and I worry about what’s going to be said. And that’s not fun.”

Harassment and abuse of women, by men, in public spaces is far too common and causes long-term harm to women, restricting their freedom and affecting their mental wellbeing.

Before the pandemic, according to Plan UK, 38 percent of girls had harassment like catcalling, wolf-whistling and sexual comments at least once a month.

During lockdown levels of street harassment increased. Such behaviour falls within the United Nations definition of violence against women – it is neither trivial nor acceptable.

If violence is to end we have to address the masculine cultures where harassment starts. White Ribbon is the symbol of men standing up against this violence.

We have seen a significant increase in men wanting to play their part in ending it.

There is still a long way to go, we need to see far more attention paid to problematic men’s attitudes in schools and a higher level of awareness generally. So, men, I am handing it over to you.

Let’s have a fresh start where men think about their own attitudes and seek to influence friends and colleagues. Please listen to women, become our allies, and call out behaviours that cause such misery and harm.

You can make a difference.

• Anthea Sully is the CEO of White Ribbon charity