Home » Europe » Can you fly the England flag from your car? Patriotic display could cost you a £1,000 fine

England has progressed to the semi-finals of the UEFA 2020 cup, beating Ukraine four-nil in a stunning victory. Raucous celebration erupted in pubs, bars and homes as fans watched on, many flying St George’s cross. While fans have adorned homes for the last few weeks, it turns out the flags don’t belong everywhere.

Can you fly the England flag from your car?

Not everyone can stick by the television at home or visit a pub during England games, as some people still have to work.

They may need to listen in via the radio during the commute with a flag strung up nearby.

Anyone who wants to will need to take heed of the UK’s flag laws, however. 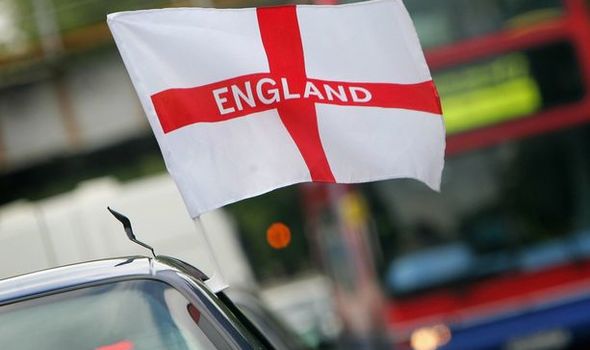 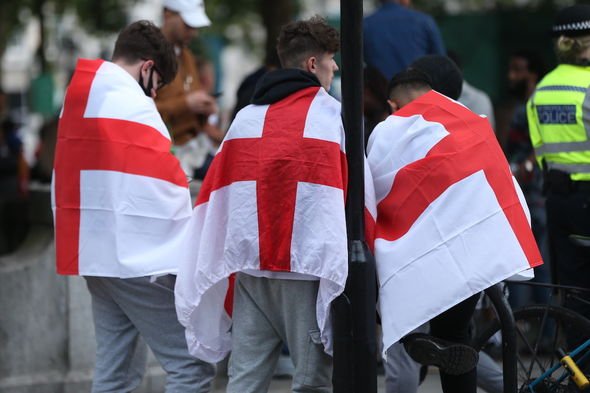 Any flag in the UK comes under rules set out by the Town and Country Planning (Control of Advertisements) (England) Regulations 2007.

The Government liberalised these regulations in October 2012 and specifies which flags people can fly and how to maintain them.

The rules allow people to fly nine types of flags without consent in the UK.

These include sports, country flags, organisations and more. 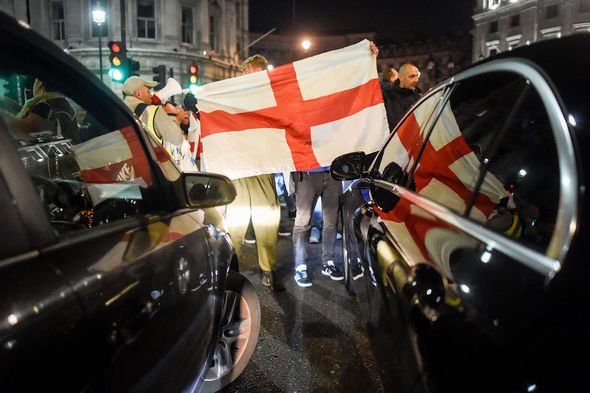 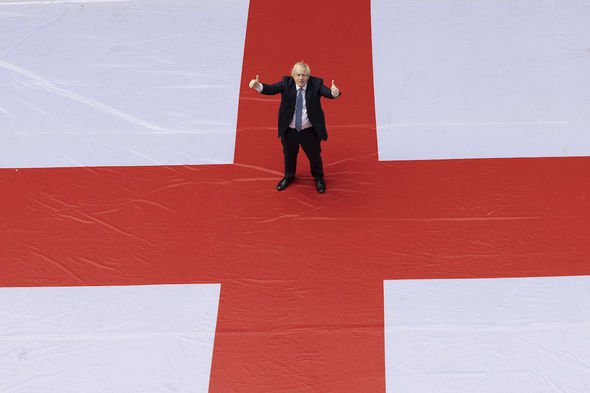 St George’s cross ultimately falls among these flags, but people have to take care when flying it from their car.

UK laws state flags should not obscure a driver’s view when attached to a car.

The flag must also allow any other drivers to see the road clearly.

As such, it should fly at its standard size, roughly the size of an A4 piece of paper.

If the flag could become an “insecure load” and fly off, people shouldn’t have it on their vehicles.

People who infringe on the rules set out by the regulations could court a hefty penalty.

Flags that break size rules could result in a £1,000 fine.