Home » Europe » Cancel culture even for the dead: Churchill charity was ‘pandering to the woke brigade’ 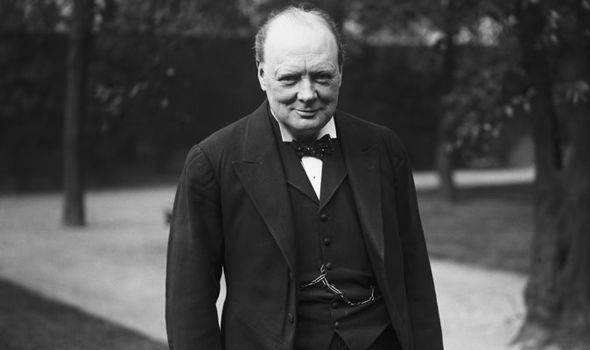 Culture Secretary Oliver Dowden said it was “quite extraordinary” that the Winston Churchill Memorial Trust renamed itself The Churchill Fellowship and removed images of the former prime minister from its website. The charity also took down a 1,400-word tribute and a list of his achievements.

It said that many of Sir Winston’s views on race were “widely seen as unacceptable today, a view that we share”.

The organisation insisted it had not tried to “cancel” the Second World War hero and had made changes for administrative reasons.

He said: “I found it quite extraordinary. I read their explanation.

“They say there are various reasons for this but the bottom line is, you look at the website before and after, and there is a lot less Churchill on it after than there was before.

“I do really worry, and you see this in relation to many charities, that they pander to a noisy woke brigade who are trying to challenge all aspects of our history.

“They would not have the freedom to make these kinds of decisions were it not for Churchill in the first place.

“I do worry when we start to question the sort of values that have made this such a wonderful country.”

Prime Minister Boris Johnson — who has written a biography of Sir Winston — accused the charity of attempting to “airbrush” away the “giant achievements” of the former leader’s time in Downing Street earlier this week.

A statue of Sir Winston in Parliament Square was daubed with the word “racist” after being targeted by Black Lives Matter protesters last year.

The charity issued a statement on racism that said “aspects” of Sir Winston’s life were the subject of present-day controversy.

It insists its rebrand is not an attempt at “disowning” him.

The fellowship is chaired by Sir Winston’s grandson Jeremy.

But Frank Furedi, professor of sociology at Kent University, believes Churchill was being targeted because he “personifies Britishness”.

And that destroying his reputation strikes a blow against an individual who symbolised a “uniquely British” way of life.

Cambridge professor David Abulafia said some of the treatment of historical figures is like “digging people out of their graves and burning them as the Spanish inquisition used to do”.

Royal snub: Why Edward was first prince since Tudor times to be given lesser title