Home » Europe » Cancer survivor, 75, in tears as he faces two-year wait to re-join his golf club 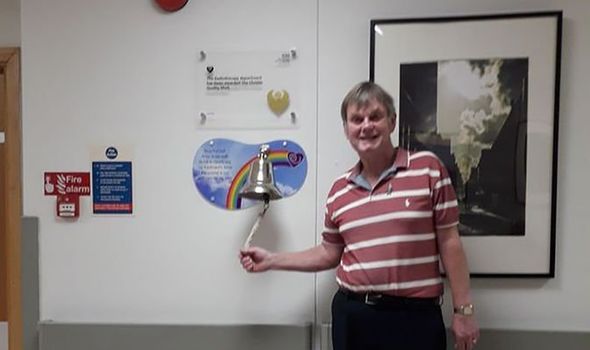 David Prince, 75, said he had to freeze his golf club membership to undergo gruelling cancer treatment. He battled the cancer for two years and remained determined to one day resume his favourite pursuit.

But when the father of one recovered, he returned to Crewe Golf Club but was told he would not be immediately reinstated, and would instead be placed on a waiting list of up to two years.

Speaking to Cheshire Live, David said: “When I was given the information I was in tears when I came out. I was told that I’ve got to get on the waiting list and may not get in this year or the next.

“I’m 75, I don’t know how many years I’m going to have left playing golf, especially going through the cancer treatment, I don’t know when it will flare up again.

“It’s not the way to treat people. It was something I was looking forward to.”

The dad, from Crewe, Cheshire, claimed he called the club back to freeze his membership after receiving his diagnosis. He claims he was assured that he would be allowed to return with no hassle once he was healthy enough.

But the manager of the golf club emailed to say he would be giving up his membership and made no suggestion that he would be returning.

When I was given the information I was in tears when I came out. I was told that I’ve got to get on the waiting list and may not get in this year or the next

The golf club was formed in 1911, but the course itself was designed afterwards by James Braid, Open Champion and renowned golf architect.

The plush course is 18 holes, occupying a 150 acres of rolling Cheshire countryside.

David had been a member for some time before getting unwell.

He continued: “When I called in January 2019 I was told it was okay and to come back when I’m fit.

“You can look up what hormone treatment does to you and it takes a real toll on your body and I had it for two years.

“During that time one of the things that kept me going was looking forward to one day being able to play golf at my golf club, playing in competitions, regaining a handicap and being with my friends.”

But Helen Taylor, manager at Crewe Golf Club, said: “In January 2019 he emailed me to say that he had decided to give up his membership but did not suggest he had any intention of returning at any point in the future.

“When Mr Prince recently enquired about returning it was explained that membership is currently full and we have a waiting list.

“We offered to add his name to the list and suggested he may want to take up an alternative category of membership whilst he was on the waiting list.

“This would allow him to play a certain number of rounds per year plus have full use of the practice facilities and clubhouse. Mr Prince declined this offer.”