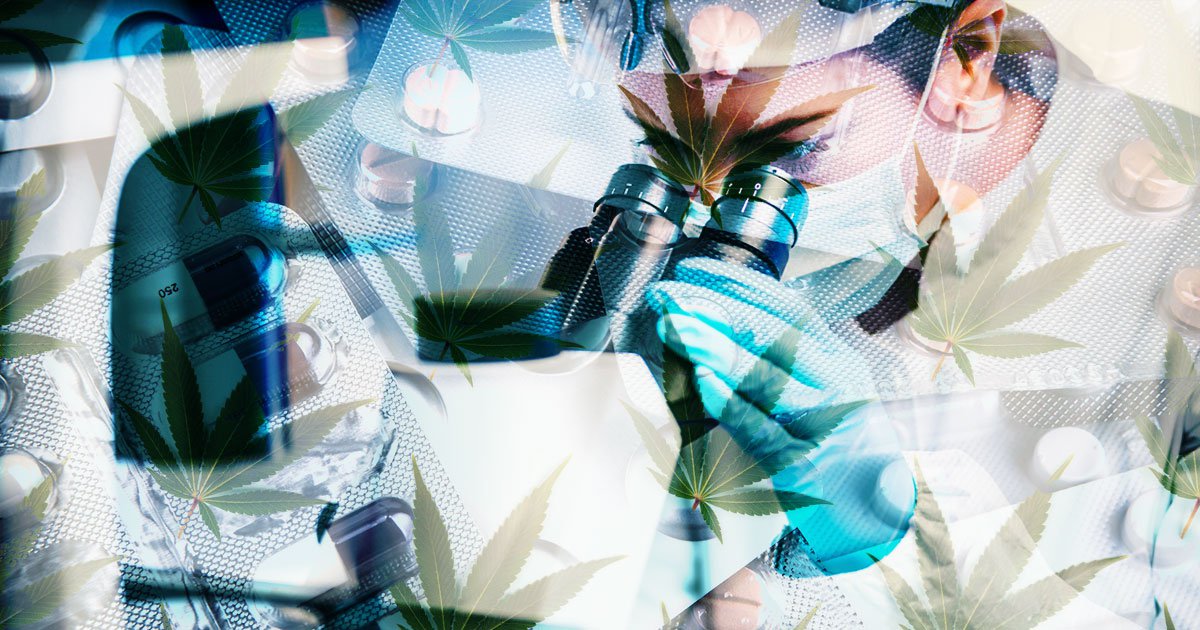 A compound of cannabis which can kill drug resistant ‘super-gonorrhoea’ could be prescribed by the NHS in just five years, a leading neurologist says.

Research by the University of Queensland has found CBD, the main non-psychoactive component of weed, can kill superbugs that have developed resistance to current antibiotics.

The findings have been hailed as a medical breakthrough, given that the UN have warned drug-resistant diseases could kill 10million people per year by 2050 unless a solution is found.

More work is needed to put CBD in a pill to fight off infections, but with such promising evidence, medical cannabis expert Professor Mike Barnes says it’s only a matter of time before GPs start prescribing it.

He told Metro.co.uk: ‘I think we’re five years plus away, a pessimist might say 10 years, I think that’s too much given the plethora of research at the moment.

‘I think it’s potentially really exciting and yet another thing that cannabis does, so we should embrace cannabis as a medicine because it does so many different things.’

The research by the University of Queensland and Botanix Pharmaceuticals Limited, published last month, successfully used synthetically produced CBD to penetrate the protective membranes of several bacteria and kill them.

The World Health Organisation has warned of a crisis of antibacterial resistant antibiotics including so-called ‘super-gonorrhoea’, which is proving impossible to treat.

While the science is promising, CBD so far has only proven effective as a topical treatment, but Professor Barnes thinks it’s not long until a further breakthrough is made.

The recently retired neurologist, who helped get cannabis-based MS treatment Sativex into the UK, says CBD binds to the plasma in the blood, leaving little left to work on infections.

But with just a bit more research and engineering, Professor Barnes says this hurdle could be overcome, allowing many previously untreatable infections to be dealt with.

Professor Barnes says he’s confident such a treatment would be approved by UK regulators, adding: ‘To get something that helps against this antibiotic resistant gonorrhoea, which is a WHO top priority, you would hope that it would be fast-tracked through the approval system to get this onto the market as soon as possible.’

When asked how many lives he thought CBD-based antibiotics could save, he said: ‘I would have thought we’re looking at hundreds of thousands globally but more particularly it helps the quality of life because persistent gonorrhoea is a very debilitating disease.

‘There’re the lives saved but perhaps more importantly there’s much bigger numbers of people who could be less debilitated.’

Professor Barnes, co-founder of UK cannabis industry group Maple Tree Consultancy, says the substance could be grown in genetically tweaked yeast to keep it up-to-date with new and emerging infections, although this is still a long way off.

The Academy of Medical Cannabis founder points out that there are 147 cannabinoids – compounds found in the plant – many of which have antibacterial properties, meaning CBD could be the ‘tip of the proverbial iceberg’.

Dr Aviva Regev, chief medical officer at CBD producer Biosportart added: One of the key things that they’re seeing in these studies is the bacteria are not developing resistance to it in the way that they do to other drugs over time.

‘I think that’s very exciting. If we could find that in a systemic drug that would be a game changer.

‘Most of the drugs we have do have side-effects and CBD has very few so in some ways it could be a much safer option.’

Dr Regev added that research into the medical benefits of cannabis has been stunted for decades ‘because of legal restrictions and attitudes towards it across most countries’.

She added: ‘We’ve been seeing a lot more research coming out in the last few years as laws have really liberalised.’

Woman awarded €54,000 after neighbour's oil leak forced her out of home