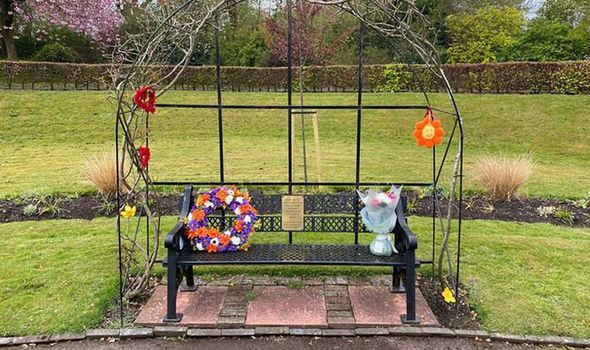 Vandals thrashed the memorial days after it was unveiled in a special socially-distanced ceremony last month. It left locals in Fenton, Stoke-on-Trent, furious with the cruel thugs responsible.

But Glenn Parkes, a kindhearted church official, teamed up with ward councillor Cheryl Gerrard, a florist and a Tesco supermarket to reinstate the shrine, reports Stoke-on-Trent Live.

Donna and John Kelsall, from Trentham, Stoke, were delighted to see the memorial restored.

Donna, 67, said: “What was the point of vandalising something that is so important to the people? We were quite upset about it really, as you would be. But I think it’s beautiful now. Let’s hope it stays like that.”

John, 70, added: “Why would anybody want to vandalise it? The people who did it just show how pathetic they are really. Let’s hope it remains untarnished now.” 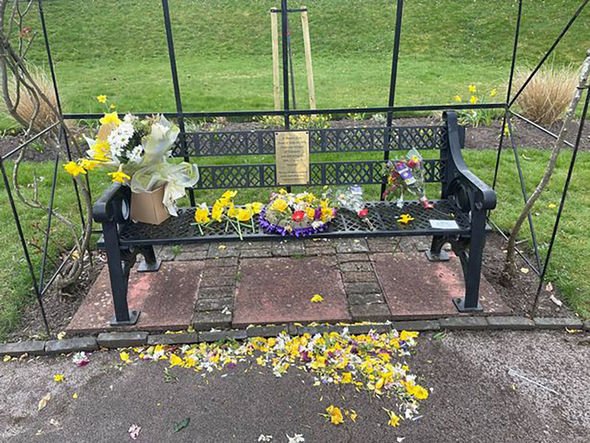 What was the point of vandalising something that is so important to the people? We were quite upset about it really, as you would be.

The pensioner said: “I was very disappointed that they vandalised it.

“For what we’ve been through this year, I’d never seen it in my lifetime before.

“It was terrible. They’ll probably have to have a CCTV camera there.”

Dogwalker Eddie Jones, 62, said: “I come here most days. I saw it when it was wrecked and I have seen it again just now, it looks lovely.

“People can go and sit there – it is a place to relax. It looks 100 per cent better since they’ve done it.”

Staffordshire Police launched an investigation following the vandalism. It is not known whether anyone has been arrested.

Stoke-on-Trent City Council has also been approached regarding the community’s efforts and measures to avoid a repeat of the vandalism.

The horror last month angerred the community, with one resident calling the behaviour “disgusting and disrespectful”.

Captain Tom was a national hero who raised money for charity in the run-up to his 100th birthday. He died in Bedford, aged 100, in February this year.