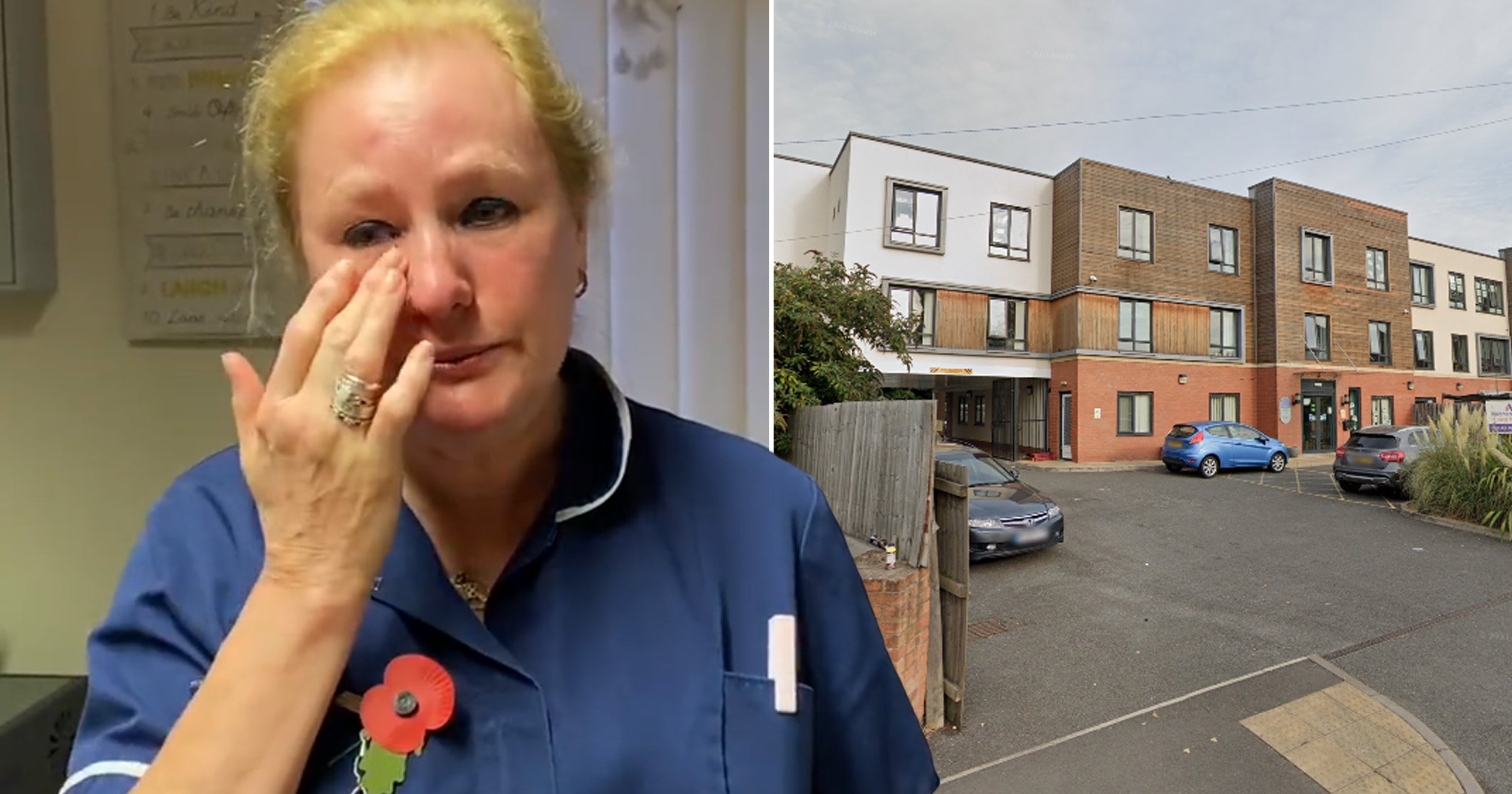 A care home boss sobbed as she revealed she’s had to sack six members of staff because they were not vaccinated.

Theresa Ingram-Gettins, who manages Boldmere Court care home in Sutton Coldfield, has revealed she’s also had to suspend a further six workers – placing a huge strain on her remaining members of staff.

Speaking to ITV, she said she feared those departing would be ‘put into poverty.’

‘This home is like a family, we’re all very, very close to each other. I’ve had to put people into possible poverty because I’ve had to take their jobs away from them,’ she said.

Thousands across the country are thought to have lost their jobs due to not being vaccinated.

Figures published by NHS England show that more than 56,000 current staff in care homes for younger and older residents had not been recorded as having received both doses as of November 7 – four days before yesterday’s deadline.

Several thousands of these are understood to have self-certified as medically exempt or to have applied for formal proof.

There are nearly 9,000 fewer staff in older adult care homes since the Government announced jabs would become mandatory in mid-June, although this is likely due to multiple reasons.

Ms Ingram-Gettins said they are being forced to use agency workers for the first time to cover those who’ve been sacked.

She added: ‘People are doing extra shifts. We’re tired. We’ve gone through pandemic. We’re not having holidays, we’re not having days off,  we’re just worn out and Boris is not helping us with this.’

Meanwhile, the boss at another care home has called the policy ‘anti-democratic’ and says it will bring the industry ‘to its knees’.

David Crabtree, who runs Crabtree Homes, in Ilkley, West Yorkshire, said: ‘My anger is for those who fought so valuably during the start of the pandemic, with thousands of frontline staff dying, to be rewarded with a P45.

‘I am in favour of people being vaccinated, I’m pro-vaccine but I’m against it being forced onto people.

‘One hundred per cent of my staff and residents are vaccinated and we had a outbreak five weeks ago where two people died.

‘The law should have changed at the start of the pandemic and for it to be a legal requirement at the interview stage, not after the person is in the job and has carried out the tiresome workload.

‘These people have been working 22 months straight without rest bite. Only for their minimum wage jobs which they’ve trained for to be put on the line.’

Ministers have said a similar policy will be brought in for NHS frontline workers next spring.

The Department of Health and Social Care said it was its ‘responsibility to do everything we can to protect vulnerable people’.

A spokesman added: ‘We consulted and worked closely with the sector to encourage take-up of the vaccine ahead of the deadline.

‘Since the consultation was announced, uptake of the first dose amongst care home staff has risen from 80% to 94%.

‘We are working closely with local authorities and care home providers to ensure there will always be enough staff with the right skills to deliver high-quality care.’