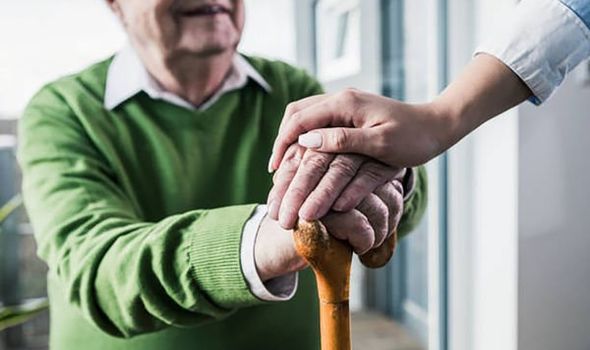 A Care Quality Commission (CQC) report into Berrystead Nursing and Residential Home Limited in Syston, Leicestershire, labelled the care home “inadequate” and placed it in special measures. The document detailed how there was just one working shower and no baths in the entire building and even the working shower was “not clean or fit for purpose”.

The nursing home, which has 46 beds in total, did not have enough staff to look after the 34 residents and many areas of the home were unfit for living in, an unannounced inspection in November found.

The report added that fire safety measures that needed to be implemented immediately after an inspection in March 2020 were yet to be introduced, 20 months later.

An electrical report was out of date and no re-test had been booked in.

The report also said the inspection had found spuddles caused by blocked drainage, old, dirty and not fit for purpose bathroom facilities, and holes in the floors throughout the home. Windows were also damaged and did not meet safety regulations.

The CQC applied for a court order to close the care home, which Leicestershire Live reports was granted on Friday.

The 34 residents will now be moved to new homes by Leicestershire County Council.

Staff and the manager had expressed their issues to Berrystead Nursing and Residential Home Limited, but no action to solve the problems was taken, the report said.

It was also claimed they had to work extra shifts, including swapping domestic and caring duties, raising contamination concerns, and the manager worked several clinical shifts due to staff shortages, meaning crucial administration work was left incomplete.

The care home was rated ‘good’ in three of five areas of the report – effective, caring and responsive – but was rated ‘inadequate’ in the safe and well-led categories, leading to an overall inadequate rating.

“On Friday 21 January, 2022, CQC was successful in its application to Leicester Magistrates Court to cancel the registration of the service with immediate effect due to serious concerns found.

“While our legal processes do not allow us to go into further detail at this stage, we will publish a report setting out full details of our concerns and inspection findings in due course. All CQC’s actions are open to appeal.”

Berrystead Nursing and Residential Home Limited has been approached for comment.