Care homes: Radio caller in tears after being allowed to visit mum

The medicines regulator MHRA is set to approve the Oxford University-AstraZeneca vaccine on either December 28 or 29, it has been reported. The Royal College of GPs said if that happens, it would speed up the programme to protect the most vulnerable from the virus. Although not as effective as the current Pfizer/BioNTech vaccine, it is much cheaper and easier to roll out. Yesterday the Prime Minister said 350,000 people have so far had the Pfizer vaccine.

The Royal College of GPs chairman Professor Martin Marshall said that approval of the Oxford jab would greatly increase the speed of the roll-out. He told Radio 4’s Today programme yesterday: “At the moment we are dealing with this Pfizer vaccine, which is difficult.

“On the assumption that we are going to get approval for the AstraZeneca vaccine – which is much more familiar because it is much more like the flu vaccination – we will be able to roll-out at a much faster pace.

“Certainly over the next few weeks and months we expect all care homes to be covered.”

Former health minister Jeremy Hunt said that approval would ensure the roll-out programme could be maintained, as current stocks of the Pfizer jab will only last until the end of next month.

Unlike the current Pfizer injection, which has to be stored under -70C and so its distribution is restricted, the Oxford jab – given in two doses – can be stored in a regular fridge like the flu jab. 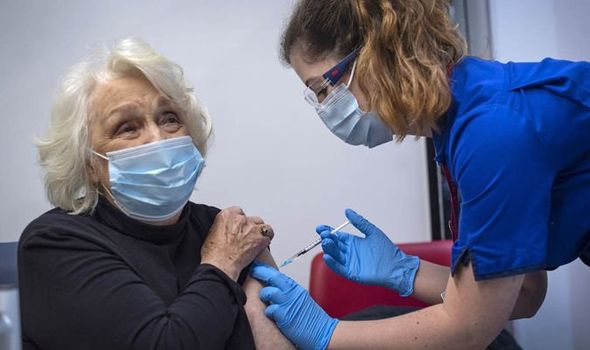 This will allow mass vaccinations at huge hubs.

Mr Hunt, chairman of the Health Select Committee, said: “It will make a massive difference as the doses we have of the Pfizer vaccine will keep us going until the end of January and I think we’re not getting another shipment until March.

“So if we could have that Oxford-AstraZeneca vaccine ready to go in January, we could keep the roll-out going at its current pace.”

Health Secretary Matt Hancock said: “It was a momentous day for the UK when Margaret Keenan in Coventry was the first person in the world outside of trials to receive the Pfizer/BioNTech vaccine.

“The approval of this vaccine was made possible thanks to the extraordinary efforts of thousands of volunteers took part in clinical trials and to the teams of expert scientists and clinicians who carefully analysed reams of data.”

The government said millions more Pfizer doses – which offers up to 95 per cent protection – will be available in the coming weeks.

A spokesman said: “In December there has been a regular and steady supply arriving into the UK.

“Millions more will be available in the coming weeks.” Pfizer confirmed shipments will be arriving in the UK before March next year.

The 40 million doses ordered are enough for 20 million people.

The Government has also ordered 100 million doses of the Oxford vaccine – enough for 50 million people.

And it has pre-ordered seven million doses of the Moderna vaccine, which was approved by US regulators late on Friday night.

That vaccine is 95 per cent effective and has a shelf life of six months, but must be stored at -20C. 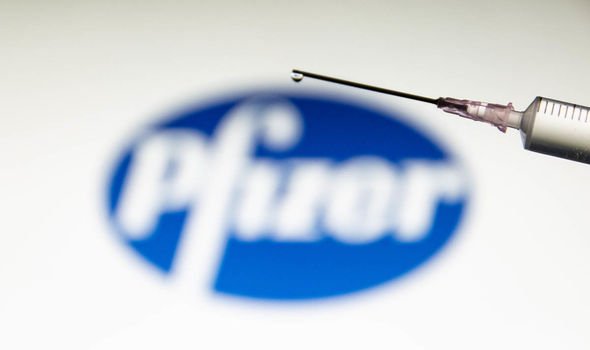 Yesterday, deployment minister Nadhim Zahawi, who oversees the vaccine roll-out programme for England, said: “It’s encouraging the Moderna vaccine has been authorised by the US.

“MHRA has already started a rolling review to assess the vaccine to make sure it meets strict standards on safety, quality and effectiveness.”

A spokeswoman for the regulator said: “Our process for approving vaccines is designed to make sure any Covid-19 vaccine authorised meets the expected high standards of safety, quality and effectiveness.

“Any vaccine must undergo robust clinical trials in line with international standards, with oversight provided by the MHRA.

“No vaccine would be authorised for supply in the UK unless the expected standards are met.”