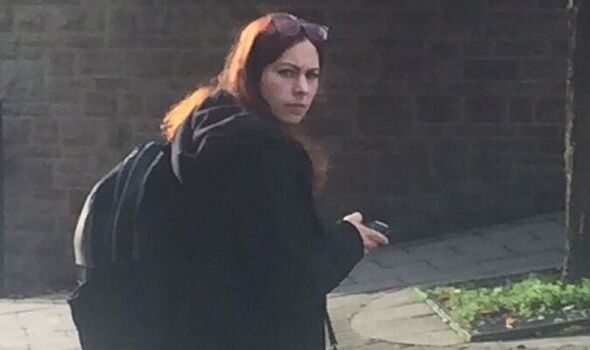 A live-in career “snapped” and launched a “shocking” attack on an 89-year-old grandmother. Pavla Dolanska, 36 was sentenced to 20 months in prison after admitting a Section 20 charge that she unlawfully inflicted grievous bodily on Doris Radford. Ms Radford required around-the-clock care at her home in Filton Avene, Horfield, Bristol following a stroke that left her paralysed, bedridden and non-communicative after suffering a stroke.

The court heard of the “challenging and “difficult” task of looking after Ms Radford.

Dolanska, originally from Czech Republic, was in the UK to earn money to help pay off her father’s debts and for her son.

On the evening of the attack on April 17, Dolanska left Ms Radford’s home twice to buy a total of eight cans of Stella Artois lager and smoke cannabis.

Later that evening, whilst caring for Ms Radford, she sent a text to colleague Kelly Cutler saying she “needed help”.

The court heard how Dolanska told police she “snapped” and assaulted the 89-year-old.

Ms Radford was left with purple bruising to the right side of her face, lacerations around her eyes and nose, finger imprint bruising on her shoulders, and blood over the pillow from a head injury. A CT scan later revealed the attack caused a fluid collection around her brain.

Ms Cutler arrived at the scene where she found Ms Radford before calling the police.

Ehsanul Oarith, prosecuting, told the court that Ms Cutler described the scene as “shocking and sickening”.

Ms Radford was taken to hospital where she remained due to other health reasons.

A week later she was discharged to a care home where she refused to eat and drink, something she had done before, and died six days later.

A coroner later rules there was no link between the injuries sustained during the attack and the cause of death.

Mr Oarith told the court that Dolanska described to police that she “snapped” but later said she couldn’t remember the incident because she had drunk eight cans of Stella and consumed cannabis.

Defending, Mandla Ndlovu told the court that Dolanka was “exhausted, stressed, anxious, distressed and depressed” at the time.

He described how Dolanska worked with Ms Radford for two years which “was not without its challenges”.

He said: “Pavla Dolanska worked for two years with Mrs Radford. Caring for her was not without its challenges.”

On the night in question, he said she did try to contact her employer but there were “no bodies to relieve her”.

He went on to describe how Dolanska was subject to “screaming at all hours of the day and night” from Ms Radford, who would shout out “the same word in a loop” leaving Dolanska sleep deprived.

Mr Ndlovu said: “She then foolishly turned to drink and cannabis to self-medicate, and get some sleep, which was an incredibly stupid thing to do.

“So that night, in a haze of depression and anxiety, she has attacked Ms Radford.”

Judge Macmillan, told Dolanska the earliest she could be released is in ten months and has expressed remorse for her actions.

Sentencing, she said: “Ms Cutler said she was left sickened and shocked by seeing the injuries, and the photos are shocking, especially because Doris Radford was only able to lift one arm to scratch her nose, so would have been defenseless.

“You expressed genuine remorse – you told the probation officer that you will carry the guilt with you for the rest of your life.”