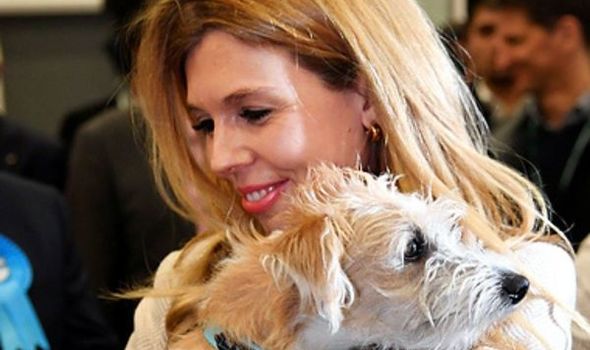 Carrie Johnson, 33, is a vocal opponent of fox hunting and supporter of the Conservative Animal Welfare Foundation.

MPs supporting the foundation are to put forward an amendment to the Animal Welfare Bill later this month which would ban the laying of real animal scents.

It comes after evidence was found that foxes were killed by accident on Boxing Day hunts.

In trail hunting, huntsmen follow one that is laid with a rag covered with fox scent.

However foxes can get killed if the hounds get their scent instead and go after them.

Under proposed legislation, those laying real scents would potentially be jailed. Mrs Johnson, a patron of the foundation, does not hide her passion for campaigning against fox hunting. She has said: “I am against fox hunting. Always have been. I even campaigned against it when I was much younger by dressing up as a fox.”

But the proposed ban is likely to upset some senior Tories. Jacob Rees-Mogg, Leader of the House, supports the Mendip Farmers’ Hunt in Somerset and many MPs in rural constituencies are involved in the pursuit.

Hunt supporters have threatened to withdraw backing from the Conservatives at the next election unless ministers act to ease the hunting ban.

More than 250,000 enthusiasts gather for Boxing Day meets and the Tories have not yet carried through on a pledge to hold a Commons vote on scrapping the hunting ban.

MP Sir Roger Gale, a member of CAWF, insists hunting laws are not robust enough and put foxes in danger. He said: “Trail hunting has developed into a new recreational activity, which if done correctly should cause no harm to any fox or wild mammal.

“But ‘accidents’ seem to happen time and time again. If you don’t want hounds to chase a fox, don’t use something that smells of a fox.”

Kate Middleton and William: Were George, Charlotte and Louis’ names approved by Queen?