Chancellor Rishi Sunak said he would be extending the amount of support for those who work for themselves from 40 per cent of trading profits to get them through the November shutdown. The cash lifeline comes as tighter restrictions from Thursday until December 2 see most English firms, shops and leisure spots close. The changes mean the Self-Employment Income Support Scheme (SEISS), calculated over three months, will increase to an average of 55 per cent of trading profits from November to January with a maximum grant of £5,160.

Mr Sunak said: “So far we’ve provided £13.7billion of support to self-employed people through the crisis and I’ve always said we will continue to do everything we can to support livelihoods across the UK.

“The rapidly changing health picture has meant we have had to act in order to protect people’s lives and I know this is incredibly worrying time for the self-employed. That is why we have increased the generosity of the third grant, ensuring those who cannot trade or are facing decreased demand are able to get through the months ahead.”

Mr Sunak also said businesses can continue applying for Government-backed support loans until January 31, unlike a previous November 30 deadline for some of the programmes.

This brings support for the self-employed in line with the furlough scheme, which has been extended to cover the lockdown over this month. The SEISS claims window is being brought forward from December 14 to November 30 to ensure payments are made more quickly. 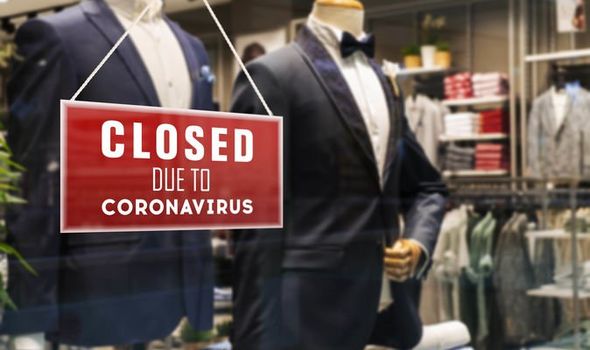 British Chambers of Commerce director general Adam Marshall said: “Additional support for the self-employed will provide relief for many but it should have been announced at the same time as the furlough scheme extension to give sole traders greater confidence.

“Bringing the Self-Employment Income Support Scheme in line with the extended furlough scheme will help many through a period of hardship and closure.

“However ministers must immediately consider extending the support on offer for a longer period, given the difficult winter ahead.

“There are still many businesses and individuals who have, through no fault of their own, not yet been able to access any Government support since the start of the pandemic. They too will require help to sustain their businesses and avoid further increases in unemployment.”

Roger Barker, of the Institute of Directors, welcomed the move but warned: “Many small company directors continue to go without support. It’s long past time to sort this problem. Local authority grants could provide a quick fix.”

Mr Barker said lots of firms had already been forced into “difficult decisions” and questioned how quickly the new furlough announcements would factor into company plans.

Federation of Small Businesses (FSB) national chairman Mike Cherry, said: “The uprating of the Self-Employment Income Scheme to 80 per cent for November is generous and will likely help around two million self-employed people. Bringing forward the application date is helpful.”

But workers in the music industry urged the Government to do more to help Pay As You Earn (PAYE) employees. Ed Barker, an ex-Tory parliamentary candidate and sax player for George Michael, said: “The Government has clearly listened and this is a welcome step in the right direction.

“But there are still 1.2 million people – a quarter of the selfemployed workforce – who have been entirely left out of Government assistance packages since March, including hundreds of West End and orchestral musicians, along with around three million sole company directors. 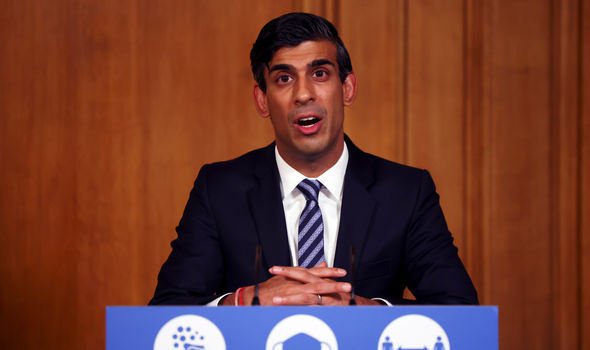 “There is no good reason to treat these self-employed workers as second class citizens as their work has been just as severely affected by lockdown restrictions.”

Top economists have predicted England’s second lockdown would be “less economically damaging” than the first.

Andrew Goodwin, of Oxford Economics, said he expected gross domestic product (GDP) to plummet by 10 per cent month-on-month in November.

He said the “less restrictive” measures, which allow the education sector to remain open, would result in a slightly shallower downturn. 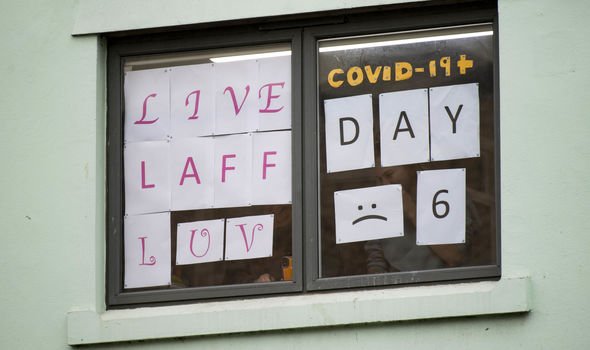 GDP slid by 25 per cent from February to April as vast areas of the economy were forced into shutdown.

Mr Goodwin added: “The introduction of a second lockdown will cause GDP to drop sharply in November but we expect it will be less economically damaging than the first one.”

The National Institute of Economic and Social Research has predicted GDP will fall between 11 per cent and 12 per cent this month.