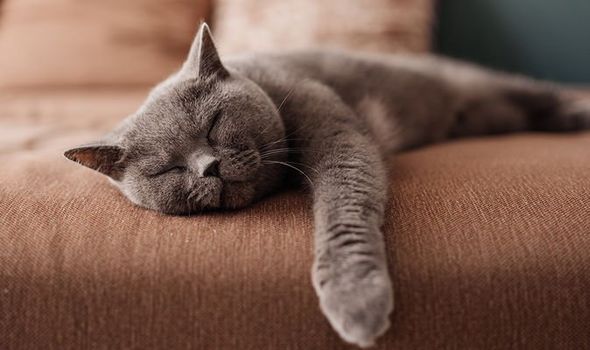 Cats Protection is a UK charity dedicated to rescuing and rehoming stray, unwanted or homeless cats and educating people about cat welfare. However, Linda Upson, chairman of the charity, has reportedly breached official guidelines on welfare.

In a statement, Ms Upson said: “I have today stepped down from my role as Cats Protection’s Chair of Trustees and my role as a Trustee on the Board because I passionately support Cats Protection and do not wish recent news coverage to detract from the charity’s vital work helping cats in need.

“For the past 20 years I have dedicated my time to cat welfare through my un-paid, voluntary role, leading a volunteer-run branch and serving on the charity’s Advisory Council before joining the Board of Trustees in 2012 and becoming Chair in 2017.

“During this time, the charity has made great strides towards improving feline welfare in the UK. This has included work to highlight the importance of microchipping, expanding our delivery of education and developing our advocacy work so that we can continue to speak up for cat welfare with parliamentarians and policy makers.

“Cat welfare and wellbeing have always been a paramount concern for me and I have always ensured my own cats and foster cats receive the best possible care. My cats are aged between nine and 19 years old. I believe they are happy and healthy as each has their own feeding bowl, litter tray and other resources. They are all fully vaccinated and regularly taken for veterinary consultations. I also have no foster cats at this time.

“Following my departure, the Trustees will be appointing a new Chair. Cats Protection’s top priorities remain the welfare of all cats as well as the wellbeing of our 11,000 volunteers and staff, who work tirelessly to help cats in need.”

Angela Swarbrick, deputy chair of Cats Protection, said: “We would like to thank Linda for her dedication to our organisation’s work on cat welfare for the past two decades.

“We realise this has been a difficult time for Linda particularly following her decision to step back from her duties as Chair between mid-December 2021 and January 2022 to consider her position with the charity.

“Cats Protection takes governance seriously and our Trustees follow the Charity Governance Code. The charity undertakes regular reviews and has committed to an external review of its governance procedures and processes to ensure that we are confident in delivering the next 10 years of our strategy so we can do the best for cats.”

Charles Darley, the interim chief executive of Cats Protection, has stepped down from his role this week over the alleged number of pets kept by Ms Upson in her three-bedroom house.

He claimed the chairman appeared to be breaching official guidelines on welfare, which states cats must have “enough space so they can get away from one another”.

The refusal of the charity to act was potentially “very damaging” to its reputation, according to Mr Darley.

Ms Upson has so far been allowed to keep both her position and her cats after an internal investigation simply sought assurances she “would not add more”.

After the reports emerged, several corporate sponsors allegedly began discussions with the organisation about the situation.

There are fears sponsors could terminate their sponsorship.

Mr Darley, who left his role just three months into a 12-month contract, said on Friday he had written to two of the biggest sponsors, Purina and Petplan, asking them not to sever ties.

In a letter to a senior director at Purina, seen by The Telegraph, the outgoing boss said: “The chair has 18 to 20 cats in a three-bed house which is perceived by other animal charities as somewhere between overcrowding and hoarding.

“I am writing to ask you as a major sponsor to avoid triggering the public embarrassment clause in your sponsorship agreement and instead seek an independent governance review.”

He alleged Ms Upson told inspectors she only owned 10 cats, in addition to several she had fostered.

Mr Darley told the Telegraph: “She has made no pretence of the fact since then that she has 14 cats (15 pre-Christmas) in telephone calls with me and subsequent correspondence with trustees.”

A spokesman for Purina told the outlet: “We’re aware of the situation and are in discussion with Cats Protection.”

Both the charity’s internal and external auditors have been notified of the situation.

A spokesman for Cats Protection told the outlet: “Cats Protection served notice of termination of its contract with Charles Darley on January 19, 2022 after three months as interim chief executive.

“We have provided the charity’s internal and external auditors with the full information and we shall be guided by them.

“We have also provided Purina and Petplan with the full information and shall continue to keep them advised.”

Black Lives Matter protests this weekend: London cancelled – are there protests near you?