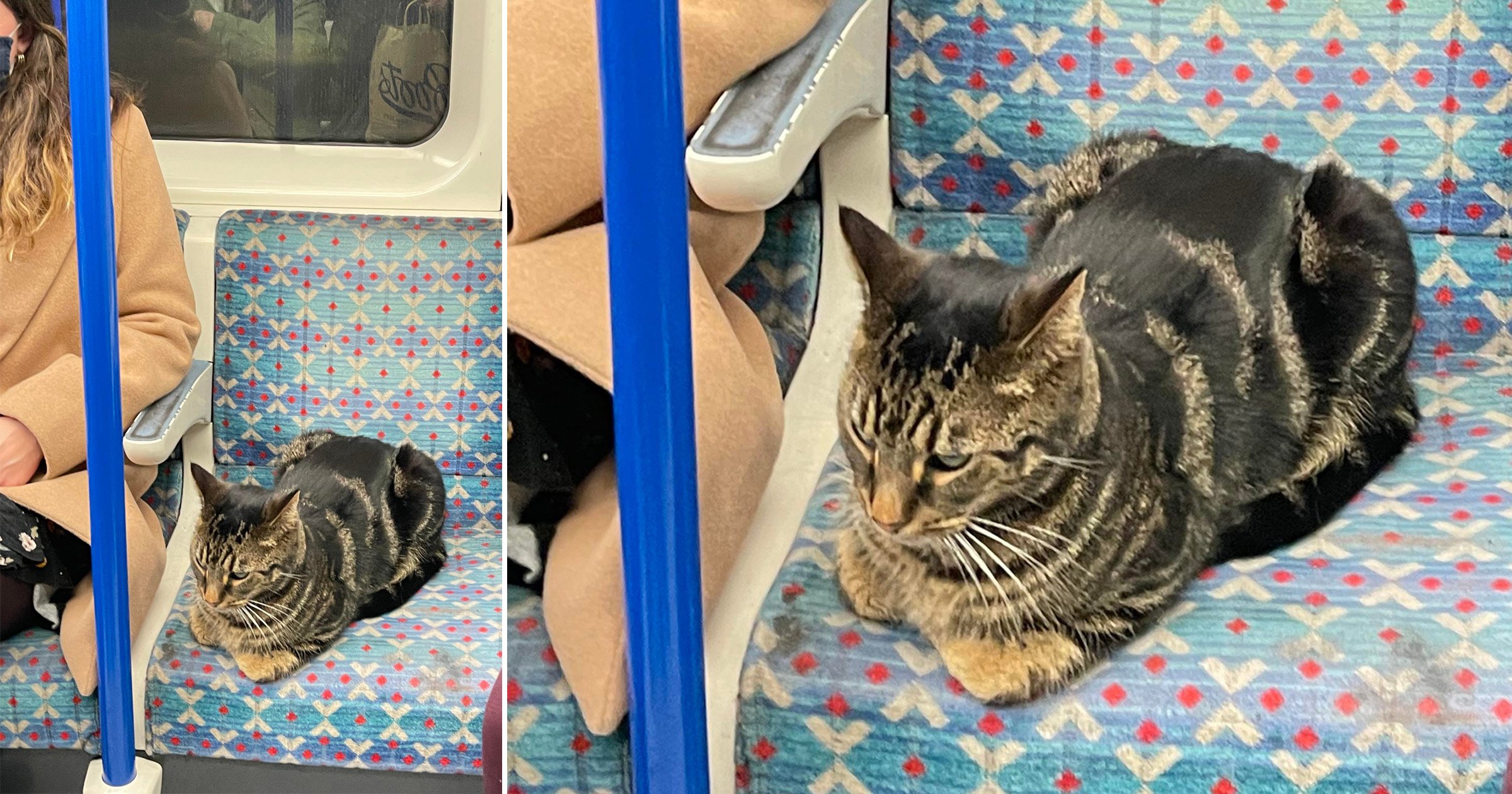 Rush hour commuters were left rather baffled when a nonplussed cat boarded a busy tube train.

Some countries say stumbling on a feline in public is supposed to bring good fortunes, but such a sighting is very uncommon on London transport.

Kitty the cat appeared to scowl as it hitched a ride aboard the Victoria Line.

Their owner was nowhere to be seen at first, but the tabby confidently hopped on one of the empty seats.

Business analyst Nick Thomson was riding along in the same carriage, and said: ‘I wasn’t paying particular attention if I’m honest.

‘I was sitting down but then looked up and then noticed that the lady with the camel coat was stroking a cat.

‘I thought, yeah, that’s London. At first I thought it was her cat, as he was sitting close to her.

‘Then the lady with the white coat started talking and it was obvious it was her cat – and she had a pet carrier too.

‘The carriage wasn’t that busy, however everyone around us were “oohing” and “aahing” at the situation.

‘Kitty was nonplussed and groomed himself a couple of times, moved around the seat then sat back down.’

Luckily, Transport for London is pet-friendly and four-legged friends are allowed on all services in the capital if they are not aggressive.

The 50-year-old Clapham resident said it was ‘a lovely thing to see’ during his busy commute and Kitty was very well-behaved.

Mr Thompson added: ‘The owner didn’t explain why he was out of the carrier.

‘But to be fair she didn’t need to, it was a lovely thing to see. He didn’t flinch when we stopped at the subsequent stations, with the noise, people getting on and off.

‘However when it was their time to get off at Vauxhall, he wouldn’t get in the carrier and she carried him close to her chest.’

COVID-19 crisis: Learning the Lessons – be part of a live virtual audience on Sky News