Firefighters were called to a fire in Leaside, Runcorn, at 3:05pm on Saturday to deal with a blaze on the ground floor of a two-storey house.

Everyone in the house survived, including the two pet cats who were taken to the vets after being treated with oxygen.

The caption said: “Red Watch Runcorn attended a house fire yesterday and rescued two cats from the property. Thanks to our equipment supplied by @helpsmokeypaws and training from Willows Veterinary Group, we were able to administer oxygen before the cats were conveyed to the vets.”

The post on Facebook has received almost 500 likes and many members of the public have commented celebrating the firefighters’ actions.

One woman said: “Well done and thank you for saving these beautiful little souls lives.” 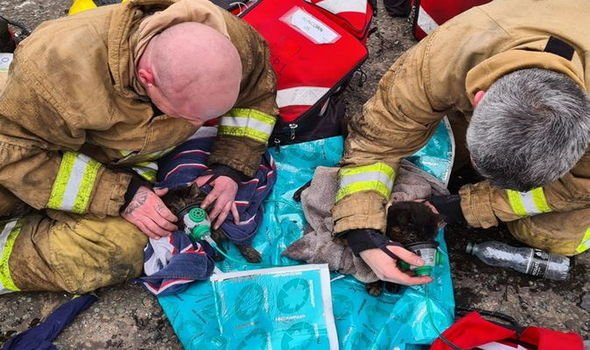 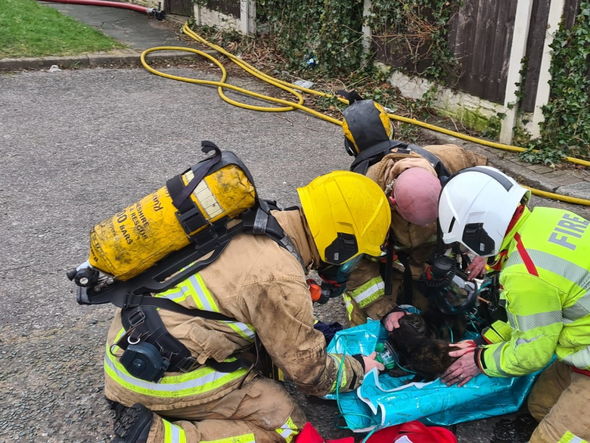 Another said: “Thank you so much to you all for saving those precious kitties’ lives. You firefighters are such amazing people and we are so lucky to have you in our lives.”

Another woman said: “Amazing work all involved and great idea to have the specialist equipment. You guys rock!”

The pet-friendly equipment had been supplied by Smokey Paws and they had received training from the Willows Veterinary Group. 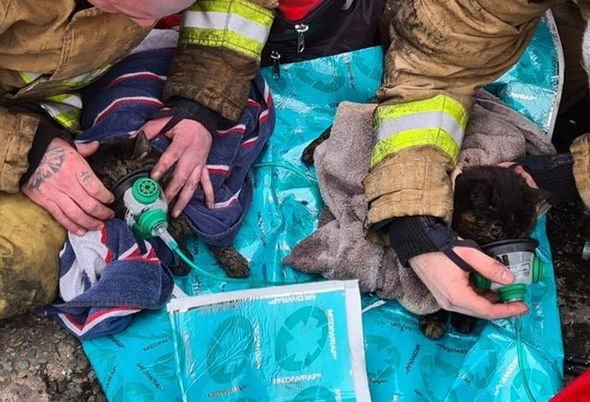 On their website, they say that 46 percent of UK households have pets and with over 40,000 house fires a year, pets are more likely to hide in houses from fires and suffer from smoke inhalation much quicker than humans. Their oxygen masks are designed to fit over the snout of an animal and deliver a better oxygen flow, increasing their chance of revival.

Runcorn Fire Station have since confirmed that they have spoken to the vets and both cats are doing well.

DON’T MISS
Meghan and Harry WON’T give up titles as popularity plunges in UK[ROYAL]
Nexit: Dutch ‘only tolerated EU when UK was key member’[BREXIT]
Blind husky feels snow – and she just can’t contain her joy[TIKTOK]

The incident had been logged by Cheshire Fire and Rescue Service. Four firefighters in breathing apparatus were in attendance to put out the fire. Two fire engines were also there, one from Runcorn and the other from Widnes.

A large fan was used to clear smoke from the property and a thermal imaging camera checked for hotspots.

The crew were at the scene for around 90 minutes.