Home » Europe » CCTV of car released in hunt for killers who gunned down woman, 28, in garden 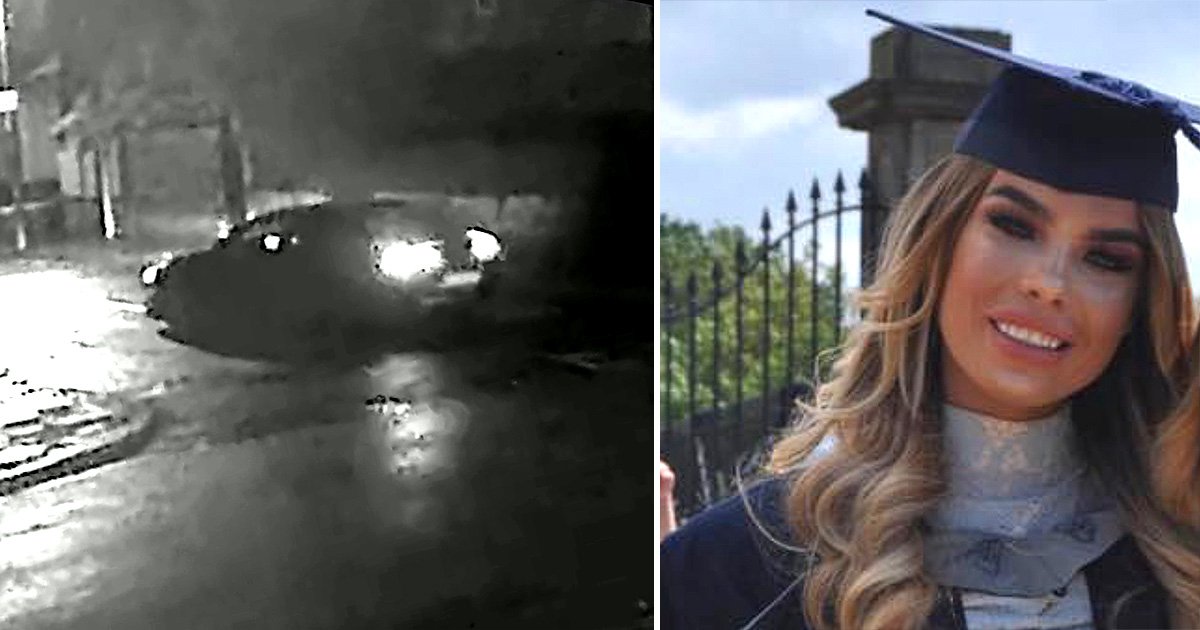 Footage of a car driving through the area where 28-year-old Ashley Dale was shot dead has been released in the hopes of catching her killers.

Council worker Ashley was found fatally wounded in the back garden of a house in Liverpool’s Old Swan district in the early hours of Sunday morning.

CCTV shows the vehicle rounding a corner onto Leinster Road, where the property is located, at around 12.30am.

A 999 call reporting the incident was made roughly 10 minutes later.

Ashley is not believed to have been the intended victim of the shooting, which her family condemned as a ‘senseless crime’.

Detectives are urging anyone who may have seen or ridden in the vehicle to get in touch.

Initial investigations indicate there were likely numerous witnesses who could have seen the car or its occupants as well as road users with dashcam footage.

Merseyside Police Chief Inspector Cath Cummings said: ‘From reviewing CCTV footage in the area, we have also identified that there were a number of people on foot around the time of the incident.

‘A boxing match had not long finished and so the area was relatively busy with people on foot, going home or into town after the match.

‘If you were walking in the area of Leinster Road or on Prescot Road, including the crossroads near the Navigator pub between 12.20am and 12.40am on Sunday morning then please let us know.

‘You may have seen or heard something which could really help us find those responsible.

‘Similarly, I would ask taxi and delivery drivers if they were driving in the area between 12.20am and 12.40am and have dashcam footage please contact us.’

Boris was 'ambushed' by Luxembourg PM with empty podium 'trick'