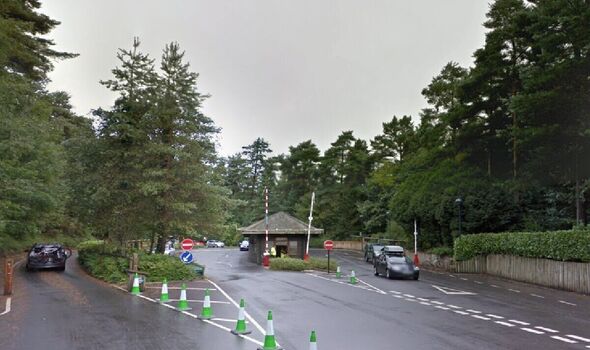 A child has reportedly been pulled from the water at Longleat Center Parcs near Warminster after police reported a “serious medical incident”. Police confirmed they were in attendance shortly after 11am. A witness told The Sun the incident occurred near the wave pool at the popular holiday park.

Wiltshire Police said: “We’re in attendance at Longleat Center Parcs near Warminster in support of South Western Ambulance Service following reports of a serious medical incident involving a child shortly after 11am today (24/12).

“We will provide a further update when it’s appropriate to do so.”

The witness reported that a member of the public helped pull a boy from the water.

She said: “My daughter and son saw it as well – she’s quite upset.”

The tragedy comes as people across the UK prepare to celebrate Christmas amid ongoing strikes and travel chaos.

Rail passengers on Christmas eve had to rush to get the last trains before services came to a halt this morning as thousands of members of the Rail, Maritime and Transport union walked out.

Services to Crewe, Manchester Piccadilly, Glasgow Central and Birmingham International from Euston were all delayed with a limited staff presence as travellers waited anxiously with their luggage on Saturday.

Student Kartik Aggarwal, 24, said he was “very irritated” after two services in a row were cancelled, meaning he faced missing a Christmas party in Birmingham.

Speaking at Euston alongside some of his family members, he told the PA news agency: “It’s been really bad. We were planning for a long time only to have two trains get cancelled with no notification.

“We came running but still nothing.

“I feel very irritated, like we’re wasting our time.”

There was minimal disruption on the first day of the walkout on Friday as armed forces personnel were deployed to check passports, and passengers posting on social media shared a mixed bag of experiences on Christmas Eve.

A passenger at Manchester Airport said it was the “fastest I’ve ever got through” with “no queues anywhere” while someone who flew into Gatwick described “not one queue” adding that “for once it was a pleasure”.

The AA predicted that nearly 17 million cars would take to UK roads on Saturday, leading to severe congestion on major routes.

“On Boxing Day traffic will pick up again with approximately 15 million trips as people head out to see friends and family.”

Before nightclubs reopen, we need to make sure women feel safe in them