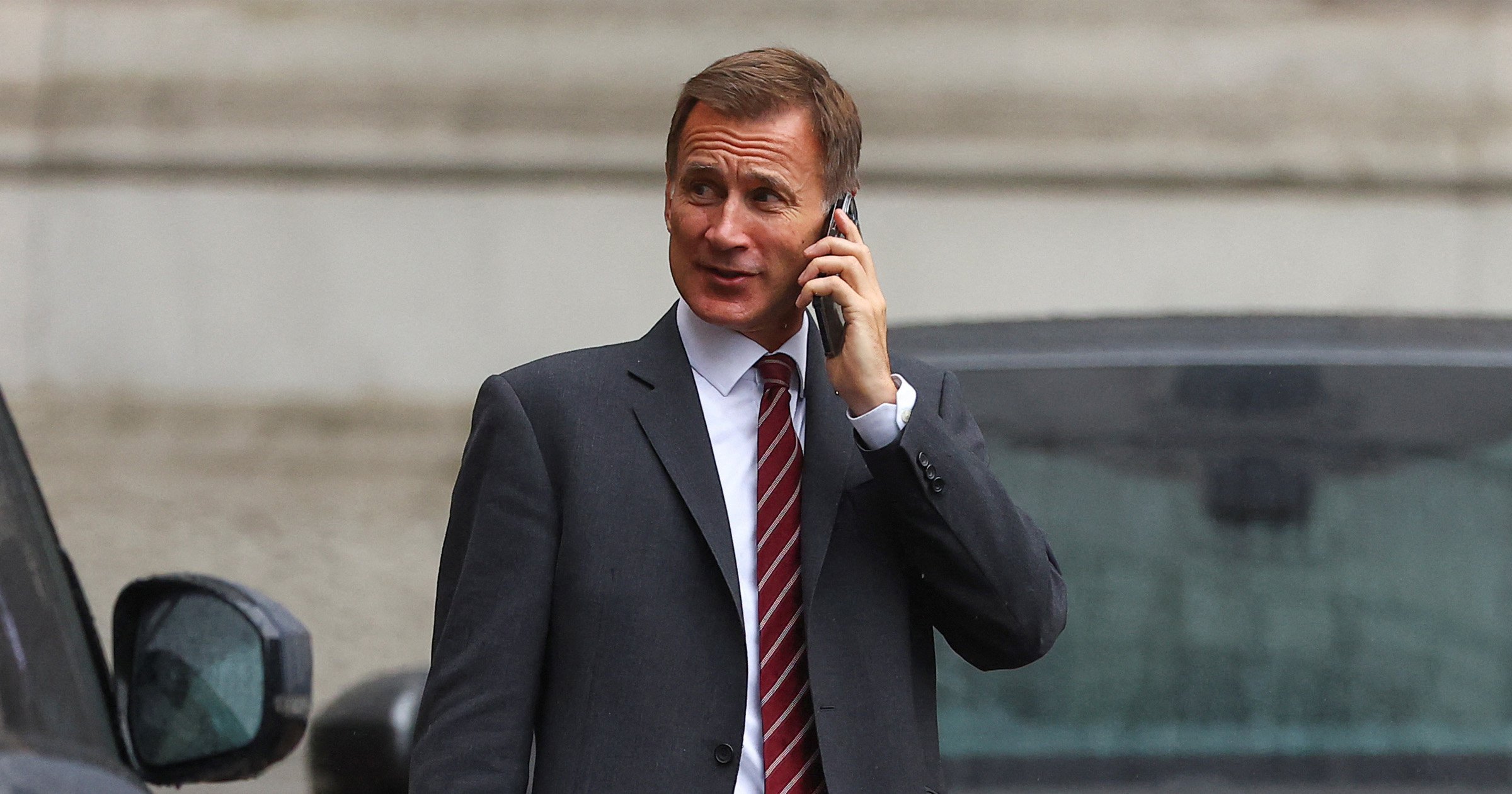 Chancellor Jeremy Hunt has already ruled himself out of the race for the next Prime Minister.

Hunt has already announced he won’t stand in the leadership race to follow Liz Truss.

It comes after Ms Truss announced her resignation this afternoon, and said a race to find a new leader would be completed in the next week.

Hunt was brought into office by Truss just last week after Kwasi Kwarteng was sacked after just 38 days in the post.

In 2019 Hunt ran against Boris Johnson in the leadership election after Theresa May quit as PM.

He got down to the final two, but Johnson had almost twice as many votes as him, and took the job in Downing Street.

Liz Truss has stepped down as Conservative Party leader and UK Prime Minister after just 44 days.

The ex-health and foreign secretary has twice unsuccessfully tried to become the party leader.

After losing to Mr Johnson in the 2019 leadership race, Mr Hunt said the campaign was ‘always going to be uphill’ for him because he voted Remain in the 2016 EU referendum.

Speaking outside of Downing Street Ms Truss said: ‘I came into office at a time of great economic and international instability, families and businesses were worried about how to pay their bills.

‘Putin’s illegal war in Ukraine threatens the security of our whole continent and our country has been held back too long by low economic growth.

‘I was elected by the Conservative party with a mandate to change this, we delivered on energy bills and on cutting National Insurance.

‘I recognise though, given the situation, I cannot deliver the mandate on which I was elected by the Conservative Party.

‘I have therefore spoken to his majesty the king to notify him that I am resigning as leader of the Conservative Party.

‘This morning I met the chairman of the 1922 Committee, Sir Graham Brady.

‘We have agreed there will be a leadership election to be completed within the next week.

‘This will ensure we remain on the path to deliver our fiscal plans and maintain our country’s economic stability and national security.

‘I will remain as PM until a successor has been chosen, thank you.’

Mr Hunt, the fourth chancellor this year, was brought up in Godalming in Surrey and attended Charterhouse School, where he became head boy and was known for his love of cross-country running.

Prior to his career in parliament, Mr Hunt had a career as an English teacher in Japan and as an entrepreneur – co-founding the Hotcourses education publisher.

When the business was sold in 2017, he netted a reported £14m, making him one of the UK’s richest politicians.

He was first elected to parliament at the 2005 general election, taking over from Virginia Bottomley as the MP for South West Surrey.

In 2010 when when the Conservative-Liberal Democrat coalition government was formed Mr Hunt joined the cabinet as secretary of state for culture, Olympics, media and sport.

In September 2012, was appointed heath secretary, where he held the position for six years under Theresa May and

His long-running appointment as health secretary ended when he became foreign secretary in July 2018. This was after his predecessor Mr Johnson quit over Theresa May’s Brexit strategy.

He was elected to head a committee of MPs which scrutinises the performance of the NHS and government health policy in January 2020, saying he was ‘honoured’