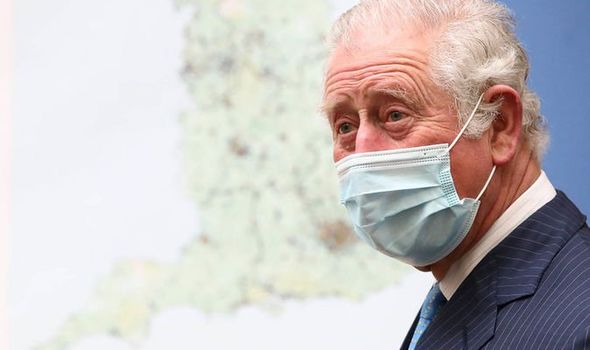 Prince Charles and Camilla, Duchess of Cornwall, are continuing their series of visits to pop-up vaccination centres across England. Today, the couple visited Finsbury Park Mosque, where volunteers and staff are running a temporary centre.

Excitedly, the Prince of Wales said: “I am thrilled about it.”

Prince Philip was seen leaving the private clinic in London this morning, following a four-week-long hospitalisation during which he was treated for an infection and underwent heart surgery.

The Iron Duke, as he is often called by royal watchers, waved and smiled from the car as he was driven to Windsor Castle to the Queen’s delight.

Buckingham Palace said in a statement after the Duke was discharged: “The Duke of Edinburgh has today been discharged from King Edward VII’s Hospital and has returned to Windsor Castle, following treatment for an infection and a successful procedure for a pre-existing condition.

“His Royal Highness wishes to thank all the medical staff who looked after him at both King Edward VII Hospital and St Bartholomew’s Hospital, and everyone who has sent their good wishes.”

The Duke of Edinburgh, royal sources have added, is in “good spirits”.

Truck driver made 'a bad move' before crash that killed girl (3), court hears