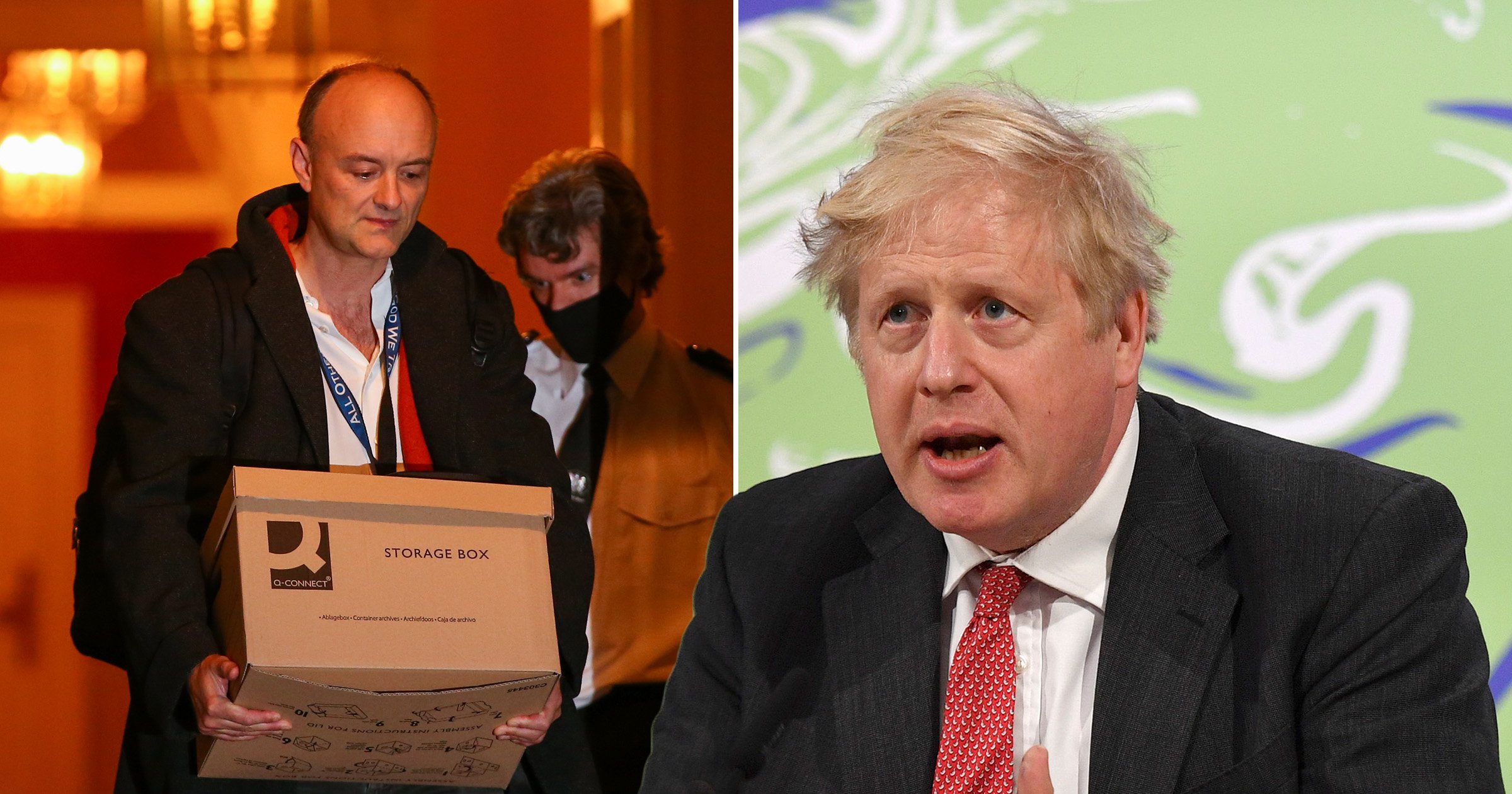 Dominic Cummings has been blamed for leaking the Prime Minister’s text messages after becoming bitter over his exit from Number 10, according to reports.

Downing Street has pointed the finger at Boris Johnson’s former aide and has launched an internal inquiry.

It’s after messages between the Prime Minister and billionaire Sir James Dyson were leaked to journalists, in which Mr Johnson promised to ‘fix’ a tax issue.

Mr Cummings – who has been branded a ‘chatty rat’ – quit Number 10 last year and is said to be upset that the Government has made ‘great progress’ since he left.

The Times, Daily Telegraph and Sun all reported comments from an insider naming Mr Cummings as the leaker.

‘Dominic is engaged in systematic leaking,’ a source told The Times. ‘We are disappointed about that.

‘We are concerned about messages from private WhatsApp groups which have very limited circulation.’

Mr Cummings is understood to have had access to the PM’s messages while working for him as a senior adviser.

In the texts sent to Sir James, Mr Johnson promised the entrepreneur he would ‘fix’ a tax issue for Dyson staff working to develop ventilators at the height of the coronavirus crisis last year.

It’s not the first time the Prime Minister’s texts have been made public as part of a series of ‘hostile’ leaks since last autumn.

Mr Johnson was sent a text message by Saudi Crown Prince Mohammed bin Salman as a bid to buy Newcastle United ran into difficulties last June, which also ended up in the newspapers.

A No 10 source told The Sun that Mr Johnson ‘fears Dom was responsible for the text message leaks about James Dyson and Mohammed bin Salman’.

Meanwhile, a source told the Telegraph: ‘If you join the dots it looks like it’s coming from Dom.’

Mr Cummings – who entered Downing Street after masterminding the Vote Leave campaign – has not responded to the accusations.

No 10 had initially said there would not be a probe into how the exchange with Sir James was made public, but a change of course was announced on Thursday as it said an internal inquiry will be led by the Cabinet Office.

The Prime Minister’s official spokesman told a Westminster briefing: ‘I can confirm that, yes, we have instructed the Cabinet Office to look into this.

‘The position has changed from yesterday – it was correct at the time yesterday but, as usual, we keep things under review and we have now decided to undertake this internal inquiry.

‘As you would expect, we continually look at this and the position we decided today is that we want to make sure we have this internal inquiry into that.’

The spokesman confirmed the inquiry will examine the source of leaks of Mr Johnson’s private communication ‘as related to this issue of Dyson’.

Sir James contacted the Prime Minister to seek assurances that his staff wouldn’t have to pay extra tax if they were sent to the UK to work on building ventilators.

He said in a text that the firm was ready but that ‘sadly’ it seemed no-one wanted them to proceed, to which Mr Johnson replied: ‘I will fix it tomo! We need you. It looks fantastic.’