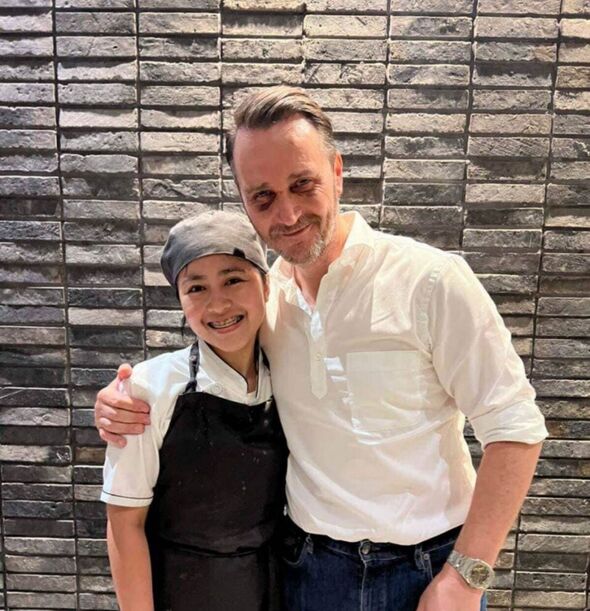 Jason Atherton has been pictured with black eyes several days after an incident in a bar during which he defended his daughter from thugs while abroad. The Michelin-starred British chef was in the Philippines on December 23 when the altercation occurred involving his 17-year-old daughter.

Mr Atherton, 51, from Worksop in Nottinghamshire, was with his family at the F Cafe and Bar in Cebu Province.

A group of men reportedly harassed his daughter outside the restroom at the establishment.

Mr Atherton reportedly confronted the group, seeking an apology for his daughter, but the situation turned violent.

Pictures from the scene show a vicious altercation in progress.

However, the celebrity chef has now been pictured returning to work, sporting two black eyes.

The incident occurred around 1am local time.

The altercation was resolved on the night it happened, according to expatmedia.net, with neither party understood to have filed a police complaint.

The couple owns a restaurant in Cebu called “The Pig & Palm.”

The restaurant bills itself as offering “a modern European sharing style menu and an adjoining bar which serves a classic and curated cocktail list”.

The celebrity chef began his career working alongside titans of the hospitality industry, including Pierre Koffmann, Marco Pierre White, Nico Ladenis and Ferran Adria, before joining Gordon Ramsay Holdings in 2001.

Launching his own restaurant in 2011, “Pollen Street Social” opened in April of that year in Mayfair.

James Atherton has gone on to appear on TV, release cookbooks and act as an ambassador for several well-known brands.

Four day working week trial: How it works, will UK adopt scheme – all you need to know