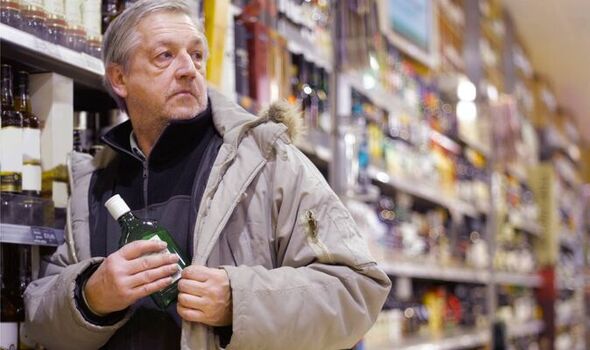 But Mr Cooke said if there is any chance of catching the criminal it should be taken, adding: “You can’t just write jobs off straight away, without making any inquiries.” He spoke after it emerged that in 2021/22 only 4.2 percent of thefts resulted in a charge or summons after thousands of cases were screened out.

In the same year there were 1.5 million thefts reported across England and Wales. The “screening out” of a crime means that it is not allocated to an officer and a decision of no further investigation is taken with 24 hours of it being reported.

This could be due to a lack of CCTV or witnesses, or it being deemed not to be in the public interest.

Mr Cooke said: “Every case needs to be triaged. But if forces say, ‘if it’s under £50 then we don’t investigate’, I don’t agree with that.

“It should only be screened out if there are no opportunities to identify the offender.

“Police should look at each case individually – at the forensic and investigative opportunities – and make their decision following that.”

In the British Retail Consortium annual crime survey report, published in May, it said: “There remains a perception among retailers that some police forces do not regard shop theft as a ‘real’ crime, particularly if it is under £200 in value.

“Such a perception is also held among repeat offenders – a significant proportion of the total – who are willing to take a risk in the belief nothing much will happen even if caught.”

The Sunday Express asked 20 forces if they have minimum-value theft thresholds, with Surrey, Hampshire and Avon and Somerset Police responding.

Surrey and Hampshire denied that value is a consideration.

However, Avon and Somerset said that a £50 threshold, while not ruling out an investigation, is part of the consideration.