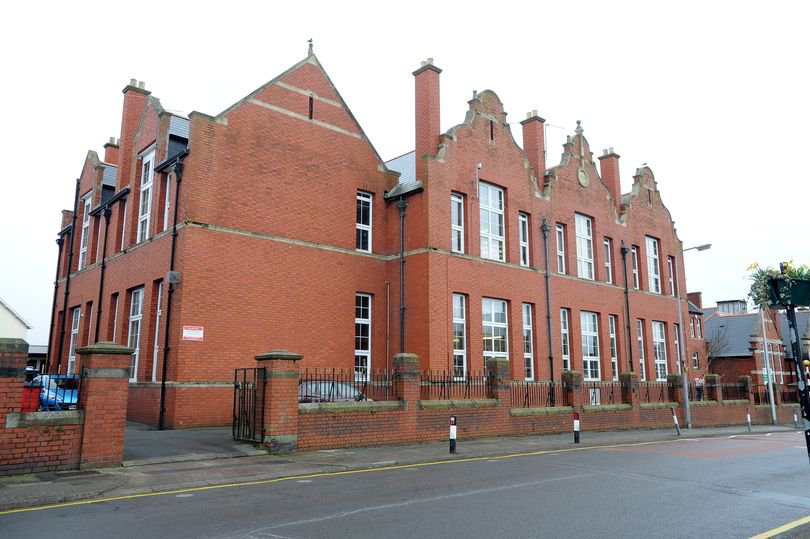 A child has died after contracting the invasive Strep A infection in Wales.

Support is being offered to children and parents following the death of the pupil, from Victoria Primary School in Penarth.

In a joint statement from the school and the Vale of Glamorgan Council, the authorities said: ‘Earlier this week it was confirmed that a pupil from Victoria Primary School had tragically passed away after contracting Strep A.

‘Both the school and council would like to pass on their heartfelt condolences to the family at this incredibly difficult time.

‘Support is being provided to staff and pupils by the council’s team of educational psychologists and information from Public Health Wales has been circulated to parents where appropriate. It is unlikely that other pupils will be affected by the illness and severe symptoms are extremely rare.’

The infection – sometimes known as Strep Throat – usually causes a sore throat or skin rash and is passed by physical contact or through droplets from sneezing or coughing.

In very rare cases, the infection can become invasive and enter parts of the body where bacteria aren’t normally found, which can be serious.

The news of the death follows a similar incident in which a six-year-old child in Year One at a school in Surrey died after a Strep A outbreak earlier this week.

What are the symptoms of strep A?

Strep A can cause a lot of different illnesses, but they tend to start off with a few typical symptoms.

A long-lasting, sore, red scratchy throat is the main one to look out for, according to the NHS, as well as fever, headache and swollen lymph nodes (lumps) in the neck and under the jaw.

This is because the bacteria tend to tuck themselves away in people’s throats, with this infection commonly called strep throat.

Things like a cough or a runny nose are not symptoms of strep throat, however.

If someone gets strep throat, they might develop scarlet fever as well. This mild illness results in patchy red spots over the body and is caused by the same bacteria.

This skin rash, which makes the skin feel like sandpaper, usually appears about 12 to 48 hours after a fever starts.

If the bacteria isn’t stopped in its tracks with antibiotics, strep A can result in a rheumatic fever that causes sore joints, among other serious complications, according to the NHS.

This is called a ‘post-streptococcal complication’.

The fever isn’t actually caused by the bacteria, but rather the body’s immune system fighting them off and striking the body’s own tissue inside.

One daunting but rare impact of strep A is rheumatic heart disease.

This is when the immune system attacks the heart valve – the delicate and intricate flaps of tissue that must open some 100,000 times per day to help the heart beat.

There is no suggestion that the incidents are in any way connected nor is it suggested that there is any outbreak at Victoria Primary School, Media Wales reports.

Dr Ardiana Gjini, consultant in communicable disease control for Public Health
Wales, said: “Although it is unlikely that their child will be affected by iGAS infection relevant individuals are being advised that they should familiarise themselves with the symptoms and what to do if these symptoms occur.

‘Contracting iGAS disease from a contact is very rare. Most people who come into contact with Group A Streptococcal infection remain well and symptom-free or develop mild throat or skin infections.’

She added: ‘Public Health Wales is working with Cardiff and Vale University Health Board and the Vale of Glamorgan Council following the death of a pupil at Victoria Primary School, Penarth.

‘We offer our deepest condolences to the family, friends, and all those affected. Public Health Wales cannot comment on individual cases and we ask that the privacy of the family is respected.’

The NHS states that Group A Streptococcus is the name given to a type
of bacteria sometimes found in the throat or on the skin.