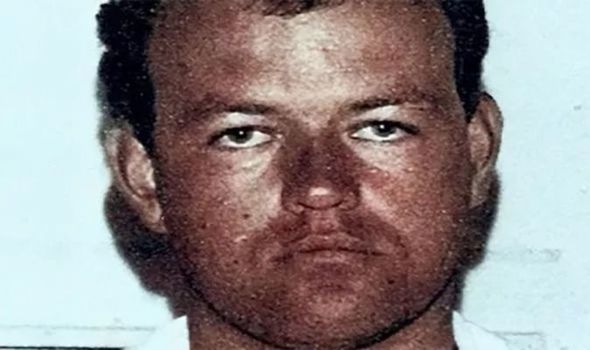 Pitchfork, 61, was returned to a cell on Friday as a preventative measure following concerns about his behaviour. One factor in the decision was reportedly his habit of walking around public parks in a hi-viz jacket as if he were a “litter picker”. When asked what he was doing, Pitchfork allegedly became “evasive”.

The sexual predator is also said to have gone for long walks in the woods on his own. There were unconfirmed reports he was seen approaching children.

The double killer walked out of an open prison in September following a highly controversial decision by the Parole Board, which was roundly condemned by his victims’ families, MPs and police.

The 40 conditions were the strictest ever set for a lifer freed on licence and included taking lie detector tests.

Experts said they were not surprised he was recalled so quickly.

One source said: “This appears to be a serious breach. It is likely to mean Pitchfork will be in jail for a number of years.”

Pitchfork, who now calls himself David Thorpe, raped and strangled Dawn Ashworth and Lynda Mann, both 15, in separate attacks in Leicestershire in the 1980s.

Following the killer’s release, Dawn’s mother Barbara said Pitchfork should not be “breathing the same air as us”.

She commented after his recall to prison: “I’m pleased that he’s been put away and women and girls are safe and protected from him now.

“But there’s always the worry that he might get out again. He seems to have a lot of people on his side who give him the benefit of the doubt.”

Pitchfork, a former baker, killed Lynda in Narborough, Leicestershire, in 1983.Three years later, he attacked Dawn in nearby Enderby.

After he was jailed for life in 1988, Lord Lane, the Lord Chief Justice, said: “I doubt if he should ever be released.”

Pitchfork was the first murderer convicted in a British court on DNA evidence.

Dawn’s murder prompted massive DNA screening by police. Pitchfork persuaded a work colleague to take the test for him. But the man boasted about the subterfuge in a pub and police were alerted.

The killer admitted murder, rape, indecent assault and conspiracy to pervert the course of justice.