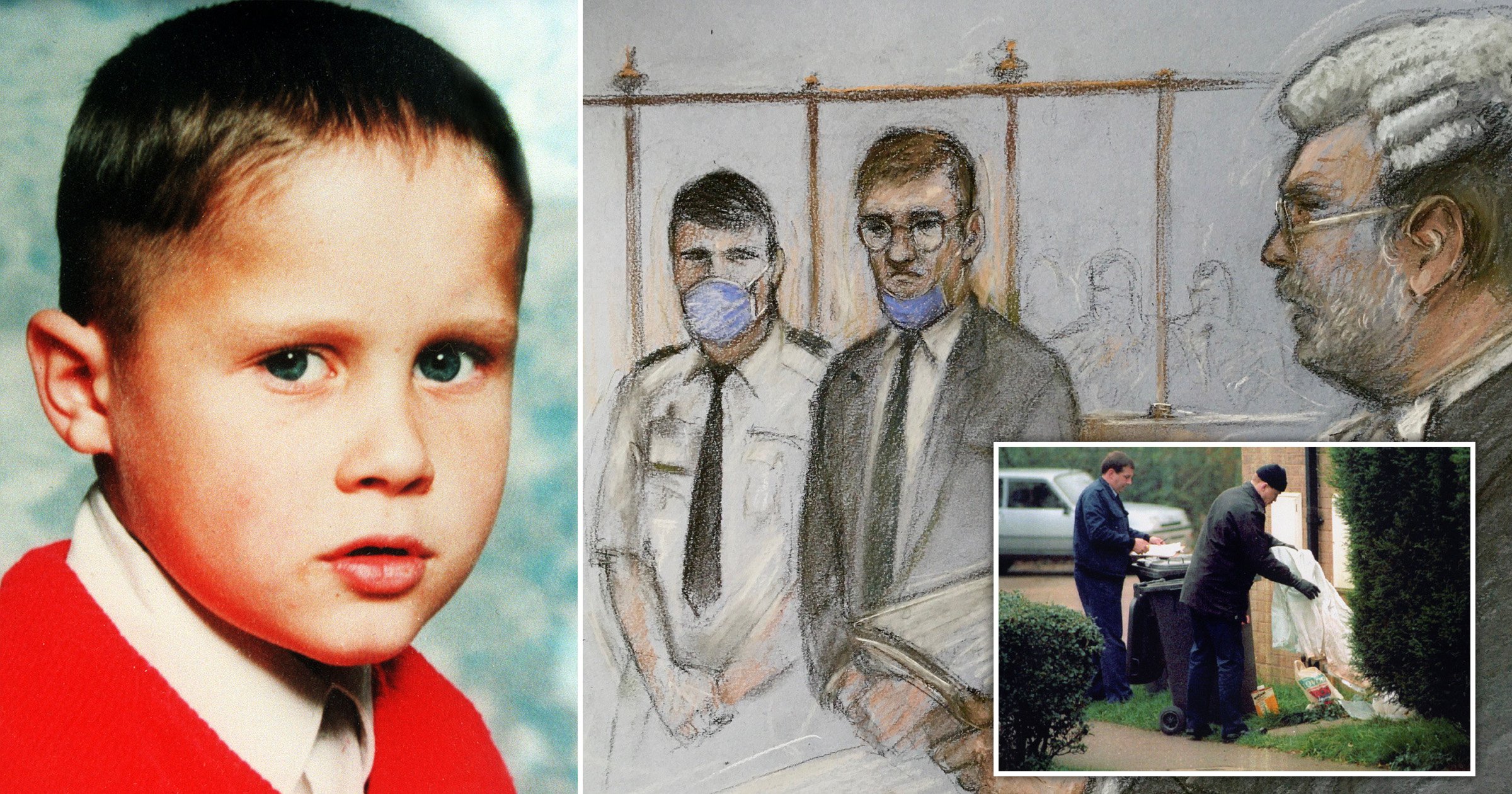 A teenager murdered a six-year-old boy then posed his naked body ‘in a star shape’ in the woods in a case that went unsolved for more than 20 years, a court heard.

James Watson was just 13 when he allegedly strangled Rikki Neave with his own jacket in a ‘surprise attack’.

He then allegedly stripped the boy’s body and posed him in a ‘star shape’ before dumping his clothes in a nearby bin.

The now 40-year-old was seen with the victim on November 28, 1994 — the day he went missing. He was also spoken to as a witness at the time of the killing.

She was charged with murder six months after her son’s body was found a five-minute walk from their Peterborough home.

She was cleared in 1996, and prosecutor John Price QC told jurors that was the correct verdict.

He said detectives gave too much weight to sightings of Rikki at a time when ‘reliable evidence’ showed he was already dead.

‘Much of this evidence was acquired during the first investigation but its true significance and importance was misunderstood or ignored,’ he told the Old Bailey.

‘This fundamental error deflected the focus of attention of the investigation. It took it away from where it should have been.’

As a result, Rikki’s murder remained a mystery until 2015 when a cold case review was opened, Mr Price said.

Adhesive tapings taken from his clothes in 1994 to look for DNA were checked using new methods and a match to Watson was made.

Police found Rikki’s body in woodland where he and his friends would play, the day after he went missing, jurors heard.

‘The body was naked, lying on the ground, flat on its back.

‘It had been deliberately posed by the killer, in a star shape, with outstretched arms and his legs placed wide apart,’ Mr Price added.

‘There was no sign of any of Rikki’s clothing. But perched poignantly on a leaf, just 18 inches from the left hand, was a single, small, white shirt button.’

The next day, Rikki’s missing school uniform was found in a wheelie bin around 150 yards away.

Three buttons were missing from his shirt.

Mr Prince told jurors that in late November 1994, Watson was ‘exhibiting a grotesque interest in the subject of child murder’.

The court heard how Rikki was known to social services as a vulnerable child and was on the ‘at risk register’.

Watson, whose father lived on the same estate, was in care and playing truant from school when he was spotted playing with Rikki on the day of the killing, jurors heard.

In his police interview in December 1994, he admitted being in Rotherby Grove with the young child, saying they exchanged a few words.

Mr Price claimed Watson had lied to police about the timing of their encounter.

He told jurors: ‘He knew it had been earlier. He was indeed still with Rikki at 12.30pm, but by then they were no longer in Rotherby Grove.

‘By then, Rikki Neave was almost certainly already dead, and James Watson was still in the wood, keeping company with a child’s corpse.’

Watson, who has no fixed address, denies murder.