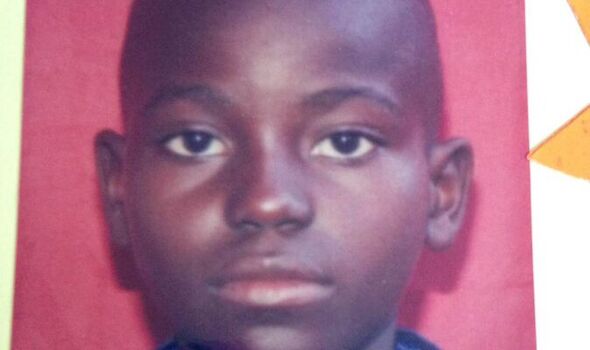 Children accused of being witches or possessed by demons often have chillies rubbed in their eyes, are cut by parents who are trying to let the spirits out or are starved by their families.

A number of horrific child killings have been linked to these beliefs, including the murder of Kristy Bamu, 15, who was tortured and drowned by his sister and her boyfriend in 2010, and the death of Victoria Climbie in 2000.

And shockingly the latest data, published by the Department for Education, show that the number of youngsters being abused in this way has risen by 34 percent in the last five years.

Experts fear the actual number of children being abused is much higher. They say it remains hidden behind closed doors because victims and families are reluctant to report what is happening to social services.

This is what happened to Mardoche Yembi when he was eight years old.

He had been sent from the Democratic Republic of Congo to live with his aunt and uncle in London after his mother died. But as soon as he arrived his relatives accused him of being a witch and having used his powers to kill his mum.

They starved him, deprived him of sleep, and even pulled a knife on him and said they would kill him if he didn’t stop being a witch.

He was very good at football but his relatives burned his medals and certificates, saying that he was using these to be able to gain enough power to fly.

And pastors from his aunt’s church subjected him to two years of exorcisms where he would be woken up in the night and they prayed to try to get the demons out of him.

Mr Yembi said: “I stopped defending myself against them because there were too many of them accusing me. Anything they accused me of I would just say ‘okay’.

“[I began to think] that if I killed myself I would be protecting my family.”

His nightmare eventually came to an end when his school called social services and he was placed in foster care, after his aunt said she wanted to take him back to the DRC because there was an evil spirit inside him.

Mr Yembi says he thinks there are far more children going through what he went through than the figures suggest.

The 31-year-old said: “Teachers should look at children’s behaviour because their behaviour might change and be different from normal if they are being accused of something like this at home.

When it happened to me, I became really quiet so if they are noisy, they will be quiet and if they are usually quiet they might become loud.

“I think there are a lot more cases out there, but it is so hidden.”

The National FGM Centre, which is run by Barnardo’s children’s charity, works to support victims of child abuse linked to faith and belief.