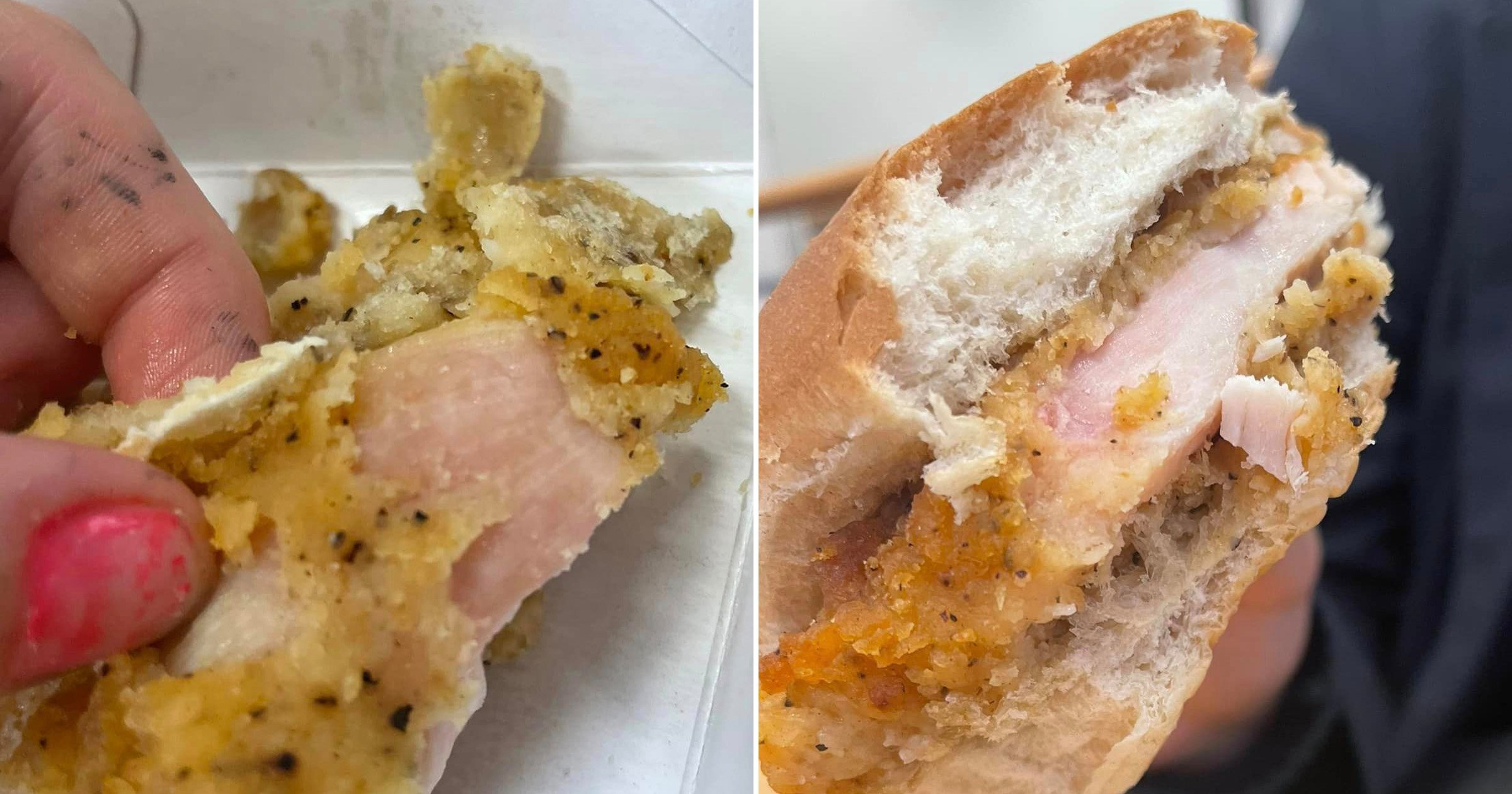 A school that was accused of serving children raw chicken has been given a clean bill of health.

An unnamed pupil wrote about the food they were served at St Michael’s Catholic Academy in Stockton, Teeside, describing it as pink, absolutely disgusting and raw and undercooked.

She said her friend’s burger appeared to be even worse, and claimed it was not the first time she had been given pink chicken meat.

Her mum said: ‘A similar thing happened last year and we reported it. We have reported it to Environmental Health again.’

As a result the school got a visit from Environmental Health who said they were happy with the way the school prepared food and that the meat was chicken because it was from near the bone.

The school confirmed that the chicken undergoes testing before it is served to children, making it safe to eat.

St Michael’s Catholic Academy said: ‘The school prides itself on the quality of the food served to the children and so has been using full chicken breasts rather than reconstituted. They are fried off by our chefs before being oven baked.

‘The cooked chicken then undergoes three tests – with a temperature probe, randomly selected pieces of chicken are cut open for inspection and the fibres shredded to check their consistency.

‘The pink colouration is because the meat on the breast was nearer the bone, in the same way chicken thighs are off-white.

‘The school’s ovens, probes and freezers are calibrated and checked regularly and meticulous records kept. The Environmental Health Officer attended and reviewed all food safety practices, documentation and calibrated all probes on site.’

They have now confirmed they will no longer use full chicken breasts to avoid future confusion.

The school said: ‘The Environmental Health Officer was happy that the catering manager and team were fully compliant in food safety.

‘Even though we are pleased the Environmental Health Officer supports our kitchen practices, we understand some students feel uncomfortable and so we will be using mini fillets rather than full chicken breasts in the future to allay any possible concerns.’