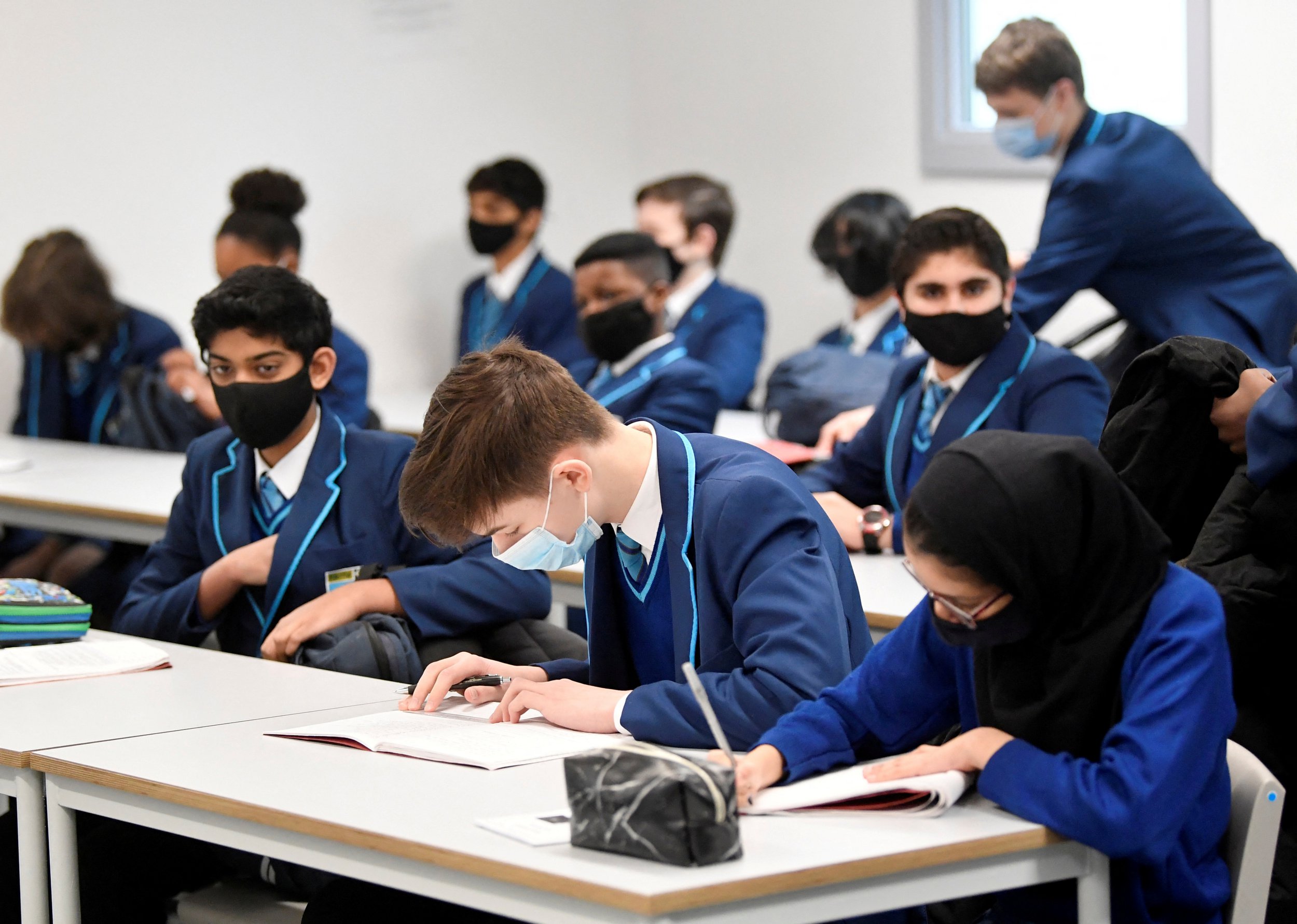 More than one million people are self-isolating with Covid as children return to school today.

Pupils could be turned away or put in merged classes if their teacher is struck down with the virus, while commuters have also been warned of last-minute rail cancellations due to staff shortages.

Businesses may have to operate shorter hours or even shut their doors if too many staff are in quarantine, and bin collections have also been hit.

It comes as a total of 1,189,985 people tested positive for coronavirus between December 28 and January 3.

Public services are resorting to emergency plans to mitigate the crisis, fuelled by the highly transmissible Omicron variant.

At least six hospital trusts have declared critical incidents as health leaders warn the health service is ‘in a state of crisis’.

One of those is United Lincolnshire Hospitals NHS Trust, where ‘extreme and unprecedented’ staff shortages were expected to result in ‘compromised care’.

And chief executive of University Hospitals of Morecambe Bay, Aaron Cummins, confirmed the trust had declared an ‘internal critical incident’.

However, up to 10 million ‘critical’ workers are set to access Covid tests through their employers, after days of them being unavailable online and in pharmacies, the Telegraph reports.

Health, education, transport and utilities workers would be included in the scheme, which could be announced as early as this week following a Cabinet meeting.

On a visit to a vaccination centre on Monday, Boris Johnson warned it would be ‘absolute folly to say that this thing is all over now bar the shouting’.

But he also said it was ‘very encouraging’ to see children getting jabbed before going back to school.

Secondary school pupils in England will have to wear masks in the classroom when they return this week, alongside testing twice a week.

Education Secretary Nadhim Zahawi said: ‘What we’re saying is, look, with Omicron, because it’s so infectious, we want to make sure that we give you as many tools to be able to make sure that education is open.’

But he admitted it was ‘more challenging, of course, to deliver education with masks on in the classroom’.

He said: ‘This is an aerosol-transmitted virus and if you’re wearing a mask, if you’re asymptomatic, then you’re less likely to infect other people.’

Mr Johnson also said he was not happy about the plans but said they were necessary for now.

Plan B measures are set to be reviewed when MPs return to Parliament on Wednesday, when the PM will face questions about him reportedly failing to self-isolate in January last year after coming into contact with a staff member who tested positive.

A Downing Street spokesperson told The Mirror Mr Johnson had been socially distanced from the staff member and was in their company for less than 15 minutes.

Charges for wasting water put back for yet another year