Home » Europe » China Enlarges Its Circle in Europe, and Tries to Convince Europeans It Comes in Peace

A driving rain lashed the hills while the premier, Li Keqiang, was there on Thursday. But, Mr. Li declared. “This bridge will be a rainbow on earth.”

The reassuring language was part of a broader effort to convince increasingly skeptical European nations that China comes in peace.

Fresh from a summit meeting with European Union leaders this week, Mr. Li, who as premier is China’s second-highest official after President Xi Jinping, arrived in Croatia for the annual meeting of an economic bloc that China has forged with 16 Central and Eastern European nations.

The thickening ranks of China’s economic allies have left European officials increasingly wary. Last month, Italy formally signed on to China’s vast ‘‘One Belt, One Road’’ project, new Silk Road into Europe. On Friday, the summit meeting was capped by Greece’s announcement that it had joined, too.

That does not mean that all is roses even between China and its newly forged economic allies in the group. But by aggressively courting the nations on Europe’s eastern and southern flank, Western officials worry that China is stoking division within the European Union.

Mr. Li has tried all week to allay those concerns, promising progress on fair-trade issues with Europe, even as he pursues deeper cooperation.

“This is not Game of Thrones,” Mr. Li said upon arriving in Croatia this week, referring to the HBO hit series, which was filmed in part in Dubrovnik, where the summit meeting was held. “This is a reflection of win-win cooperation.”

The 16 plus 1 Group was formed after Premier Wen Jiabao’s historic visit to Poland in 2012. At the time, many countries in the region felt left out of Brussels’ negotiations with China. The grouping was framed by Beijing as an opportunity to give them a greater voice. 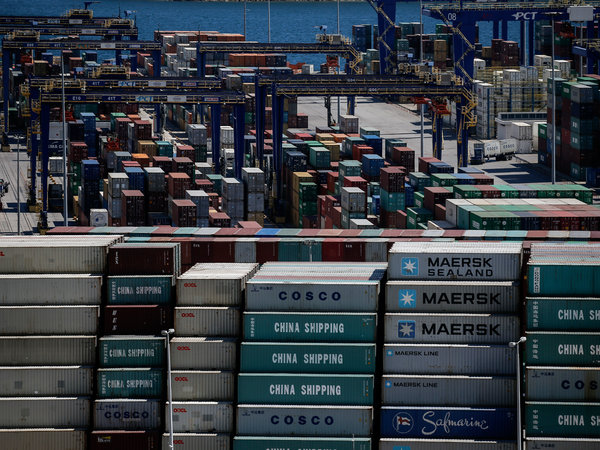 Skeptics immediately suspected that China had other intentions, but the economic benefits of trade with China have been hard to resist. That has been so even for Germany and France, which have not formally signed on to Belt and Road, let alone Italy or Greece, which are desperate for investment.

China has already moved ahead with plans to make the Greek port of Piraeus the “dragon head” of its infrastructure push, and it has stepped up investment in Greece, which is still smarting from the austerity measures imposed by its European partners.

“I think that the fact that today we became 17 plus one is the good news of the day,” Greek Prime Minister Alexis Tspiras said on Friday. “I look forward to working with all of you in the framework of this initiative in full respect of the rules and procedures of the European Union.”

China’s presence is no longer a novelty in this part of Europe, where its track record is decidedly more complicated than it was when the economic bloc was formed.

For instance, after years of investments failing to materialize, Poland, the largest nation in the group and once one of its biggest champions, has cooled on China. The arrest in Poland of a Chinese regional director of the tech giant Huawei underscored the changing nature of the relationship.

Similarly, the Czech Republic, led by the avowed Sinophile President Milos Zeman, has traditionally been among Europe’s most solicitous nations. But calls by its cybersecurity agency to limit the use of Huawei as well as the tech giant ZTE in critical infrastructure have infuriated Beijing.

In Hungary, Prime Minister Viktor Orban declared his China friendly ‘‘Opening to the East’’ policy in 2010, and has sought to use the prospect of a flood of money from China as leverage in his ongoing battles with Brussels over his government’s authoritarian drift. Yet there have been no major new Chinese investments for the past seven years.

A high-profile plan for China to build a railroad from Belgrade to Budapest remains hopelessly stalled.

And this was before the European Commission published its “EU-China, a Strategic Outlook” in March, labeling China a “systemic rival” and a “strategic competitor.”

“Instead of engaging endlessly with China and pleading for it to change its ways,” said François Godement, a senior adviser for Asia at the Institut Montaigne in Paris, “the Commission suggests that Europe should change track and adopt a set of robust defensive policies, some of which will have an effect whatever China’s response may be.”

Mr. Li used the summit meeting to push back against those who accuse China of not playing by the same set of rules as other nations, demanding that Europe respect Beijing’s “One China” policy as it relates to Taiwan, while China does not respect the idea of “One Europe.”

“China will continue to firmly support the European integration process,” Mr. Li promised on Friday. “We will take a fair and nondiscriminatory approach to treat each others companies with openness and transparency."

Philippe Le Corre, a senior fellow at the Harvard Kennedy School, said new stringent screening measures for Chinese investment within the E.U. were a significant development that could test how much the rhetoric matches the reality.

Already, he said, it was clear that China was fairing much better in the five Balkan nations that are not a part of the E.U.

“This is why it is critical that Brussels continues to work to bring these countries into the fold,” he said.

The choice of Croatia to host the summit meeting, he said, was significant because as the newest member of the European Union, joining in 2013, it has forged one of the strongest partnerships with China, best seen in the bridge project.

Construction of a bridge over the Mali Ston Bay, linking the southern Peljesac peninsula with the rest of the country, had been stalled for decades.

The next year, a state-owned Chinese construction firm, the China Road and Bridge Corporation, undercut its nearest competitor by some $100 million to secure the bid. Construction began last summer and it is expected to be completed in 2021.

Mr. Li, who arrived to a band of traditional Croatian singers and a phalanx of Chinese workers in CBRC rain slickers lining the road, said the bridge was evidence that China could work in partnership and harmony.

“The bridge is a pilot project not only for 16 plus 1 initiative cooperation, but also for our cooperation with the E.U.,” he said.