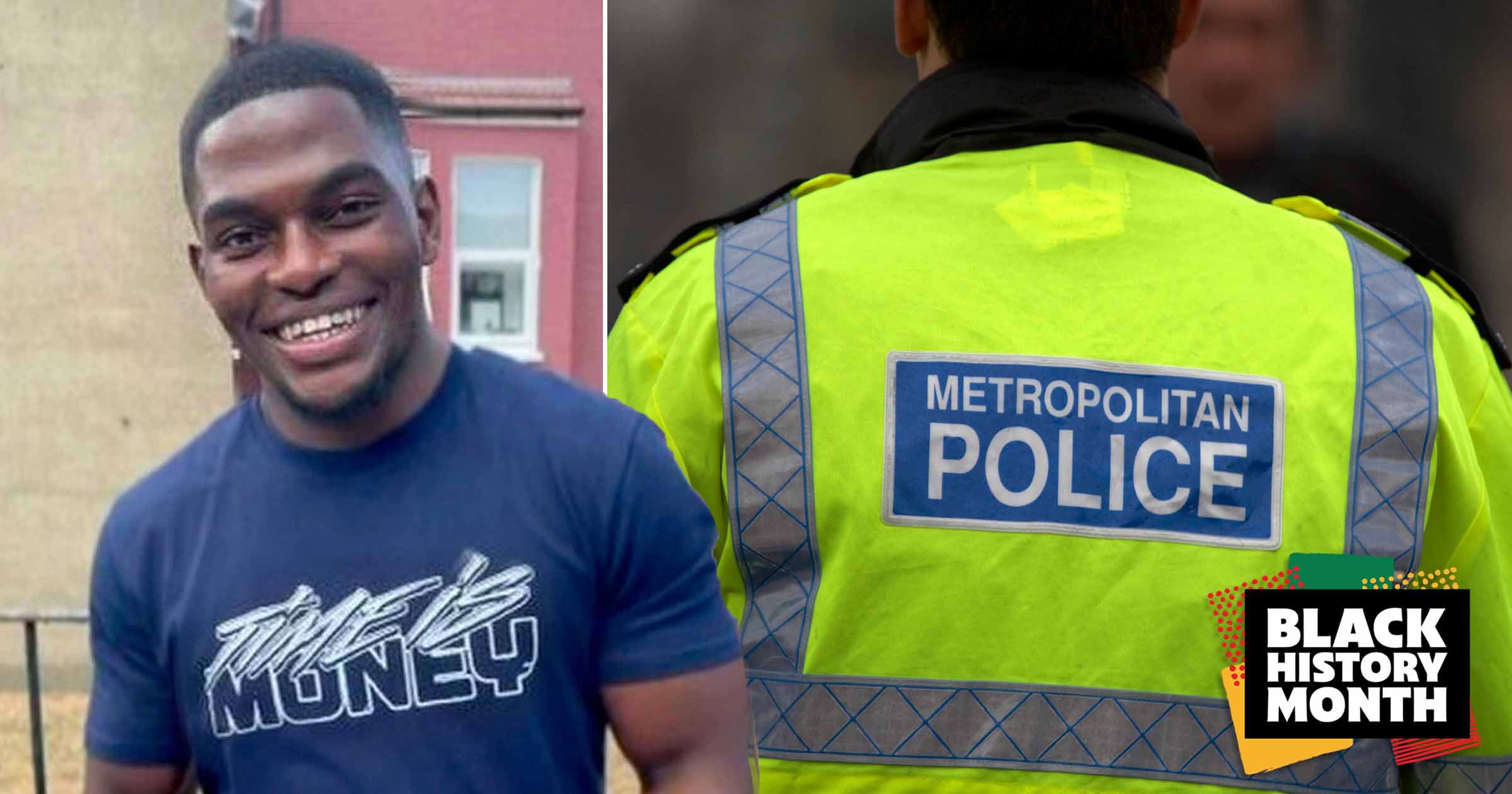 The fatal shooting of Chris Kaba has reignited anger among the black community about institutional racism in the police, campaigners say.

The dad-to-be was gunned down by an officer in south London last month, sparking an inquest into why he was killed in his own car by the Metropolitan Police.

Now new data has underlined long-standing concerns about the disproportionate number of people of colour dying after contact with officers.

Some 10% of those who died in or following police custody in England and Wales in the last decade were black, Independent Office for Police Conduct (IOPC) data shows.

That is more than three times the proportion of black people in the general population, according to the 2011 census.

But this year’s figures show deaths in or following police custody are at their joint lowest since 2004/5 – falling by eight on 2020/21 to 11. One of those was black.

Those stats do not include Mr Kaba or Oladeji Omishore, another black man who died following an altercation with police on Chelsea Bridge.

In a recent update following Mr Kaba’s death, the organisation said officers ‘did not activate their lights or sirens’ while following his vehicle on September 5 in Streatham Hill.

It added that evidence suggests the officer involved was standing in front of the vehicle before firing through the windscreen.

Speaking exclusively to Metro for Black History Month, Lucy McKay, a spokesperson for the charity INQUEST, said: ‘Since 1990, INQUEST has monitored and collected data on deaths in police contact. ‘We have supported hundreds of families in the uphill struggle to access truth, justice and accountability.

‘Through this we have documented a long history of black people disproportionately dying in police custody and contact, particularly following use of force and neglect by police, and/or when experiencing mental ill health.’

Only one police officer has ever been convicted in connection with a death in or following police custody.

But INQUEST says in the last 32 years, 1,837 people have died in those circumstances.

Of the 1,239 people who died in police shootings or after custody, some 205 (16.5%) were people from the Black and Ethnic Minority community, according to its most recent statistics.

Mr Kaba and and Mr Omishore’s deaths are too recent to be included and INQUEST admits it does not know the ethnicity of all those who died.

Ms McKay continued: ‘The recent deaths of Oladeji Omishore and Chris Kaba in London have reignited public concerns about the harshest impact of “institutional racism” in policing.

‘We have waited far too long for appropriate action to address racism in policing, and ensure bereaved families can access justice.

‘There is an urgent need for structural and cultural change in policing, as well as society more broadly. ‘Dismantling racism requires institutions and individuals to confront it.’

Last month, a police officer was cleared of assaulting ex footballer Dalian Atkinson, who died after being tasered and kicked in the head.

But last year Benjamin Monk became the first police officer convicted for one of the deaths counted by Inquest, after being found guilty of manslaughter over Atkinson’s death in 2016. 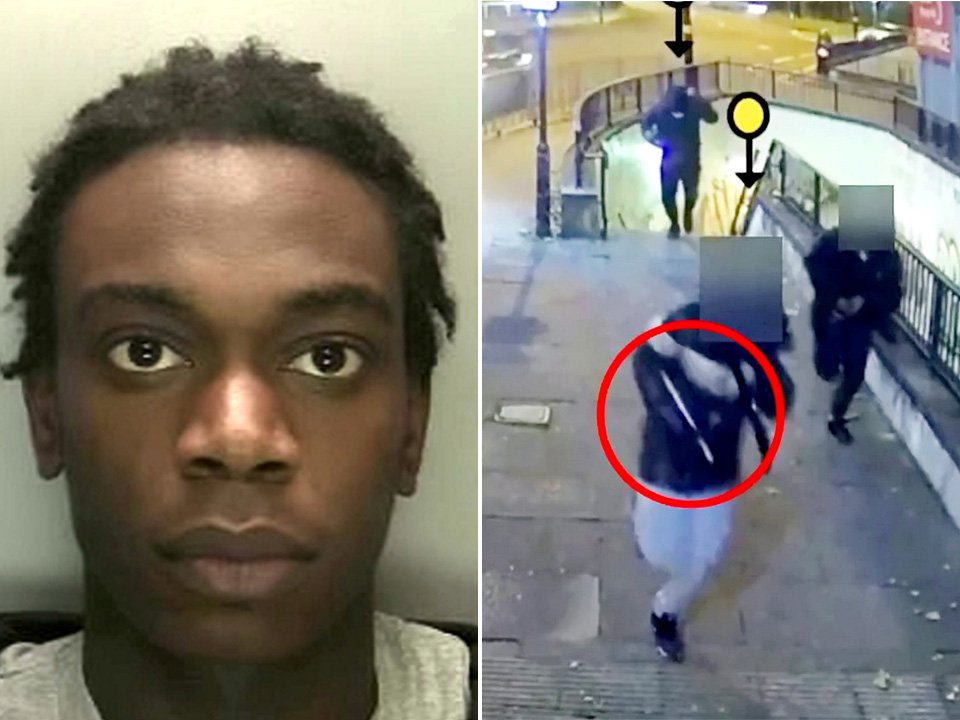 StopWatch UK believes the length of legal proceedings has a negative impact on the victims’ families.

The organisation’s research and policy manager, Habib Kadiri, said: ‘(The) complaints process too often stalls those who pursue justice for police abuses of power.

‘This in part explains why only one officer has been convicted for fatal use of force on a civilian since 1990.

‘We cannot continue to have police officers escape sanction for lethally dangerous conduct that would be deemed criminal from anyone else.’

The IOPC’s stats for the last 11 years – different to INQUEST’s – suggest that of the 175 deaths in or following police custody, 147 people were white, 18 black, four mixed, four Asian, one ‘other’ and one ‘not known’.

The proportion of white people who died – 84% – is roughly in line with the general population.

He told Metro.co.uk: ‘The figures published by the IOPC show a downward trend of deaths in or following police custody and is the joint lowest figure since records began in 2004/2005. The hard work, professionalism and care taken by custody staff and our key partners have undoubtedly saved lives and significantly contributed to this figure.

‘Whilst every death is an absolute tragedy, these incidents are always fully investigated, scrutinised and lessons are learnt.’

The NPCC says custody plays a pivotal role in keeping the public safe – but branded it an ‘exceptionally challenging and high-risk environment’.

‘We (British police forces) are amongst the most transparent in the world, facilitating regular unannounced independent visits to assess the standard of care given’, Mr Kemp added, promising new steps to make custody ‘as safe as possible’.

But he conceded: ‘There are longstanding challenges in our relationship with Black communities which must be addressed.’

A spokesperson for the IOPC said: ‘It is critical that we thoroughly examine the circumstances of each case to ensure that those involved are held accountable, and importantly to identify if there are lessons to be learnt to help prevent future deaths.

‘The evidence we have gathered as part of our investigations have led to changes in police policy and practice including in how force is used and how individuals are detained in police custody.’

According to Inquest, some 405 of the 1,837 deaths it has monitored in police custody came after contact with the Met, Britain’s largest force.

Scotland Yard was branded ‘institutionally racist’ in a landmark 1999 report and has been caught up in a string of recent scandals involving racism accusations.

In a statement, the force said:‘Every death following police contact is a tragedy and we understand how traumatic such events are for the family and friends of the person involved.

‘We also recognise the impact this can have on communities.’

The inquest into Mr Kaba’s death has been adjourned while the IOPC investigation continues.