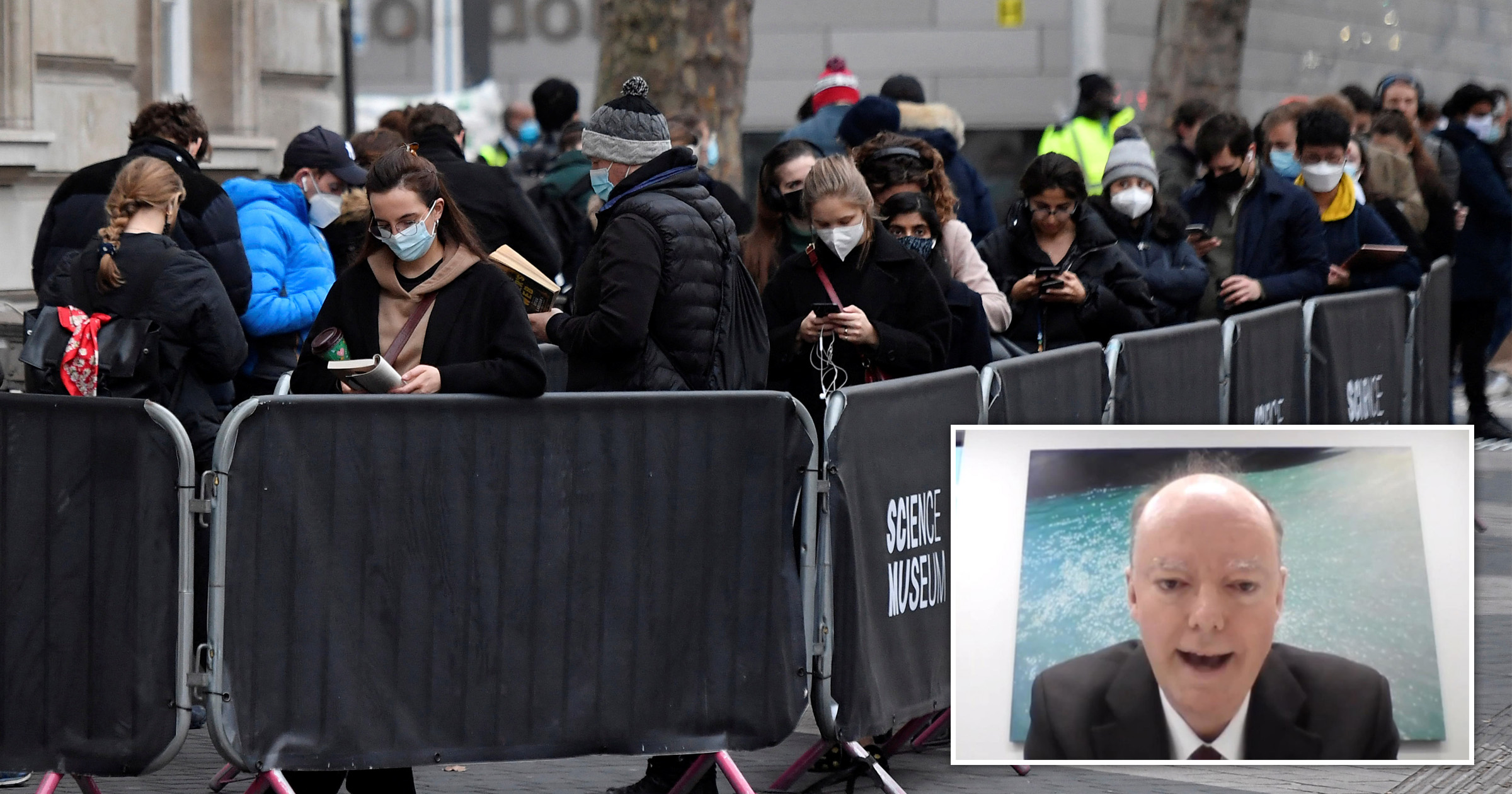 Chris Whitty says there is now enough evidence to say that Omicron does not lead to a more severe disease than Delta.

Scientists are still racing to fully understand the variant but there are hopes from early clinical data that it could be less deadly.

While the chief medical officer said it is still too soon to go that far, he confirmed it does now appear that it is at least no more serious than the current dominant strain.

He told MPs during a select committee hearing: ‘I’m going to make an assumption that I think is safe now that, naturally, Omicron is not more dangerous than Delta.

‘It may be slightly milder, it may be the same. We don’t know.’

Omicron is on course to become the dominant strain in the UK in the coming days after an explosion of cases.

More than 78,000 new infections were confirmed yesterday, the biggest daily increase since the pandemic began.

There are 15 people in hospital with the Omicron variant of Covid-19, the UK Health Security Agency (UKHSA) chief medical adviser confirmed, and there has been at least one death.

Dr Susan Hopkins told the Commons Health and Social Care Committee: ‘The released numbers that we released yesterday are 15. However we are constantly working on data linkage to improve that, and we will release new numbers this afternoon.’

Prof Whitty added: ‘But the real number will be much bigger than that. That is simply the number who are proven, just to be clear.’

Even if Omicron does turn out to be less harmful than Delta, the sheer number of cases caused by the highly transmissible variant risks overwhelming the NHS this winter.

He told MPs: ‘I think what we will see with this – and I think we are seeing it in South Africa – is that the upswing will be incredibly fast, even if people are taking more cautious actions, as they are.

‘That will help slow it down, but it’s still going to be very fast.

‘It’ll probably therefore peak really quite fast. My anticipation is it may then come down faster than previous peaks but I wouldn’t want to say that for sure.

‘I’m just saying that that is a possibility.’

Prof Whitty also repeated his advice that people should consider limiting socialising in the run up to Christmas, contrary to messaging from government.

He said ‘people want to protect the time that is most important to them’ and could think about altering plans to avoid getting infected.

Singapore Bicentennial event to be held in London's financial district