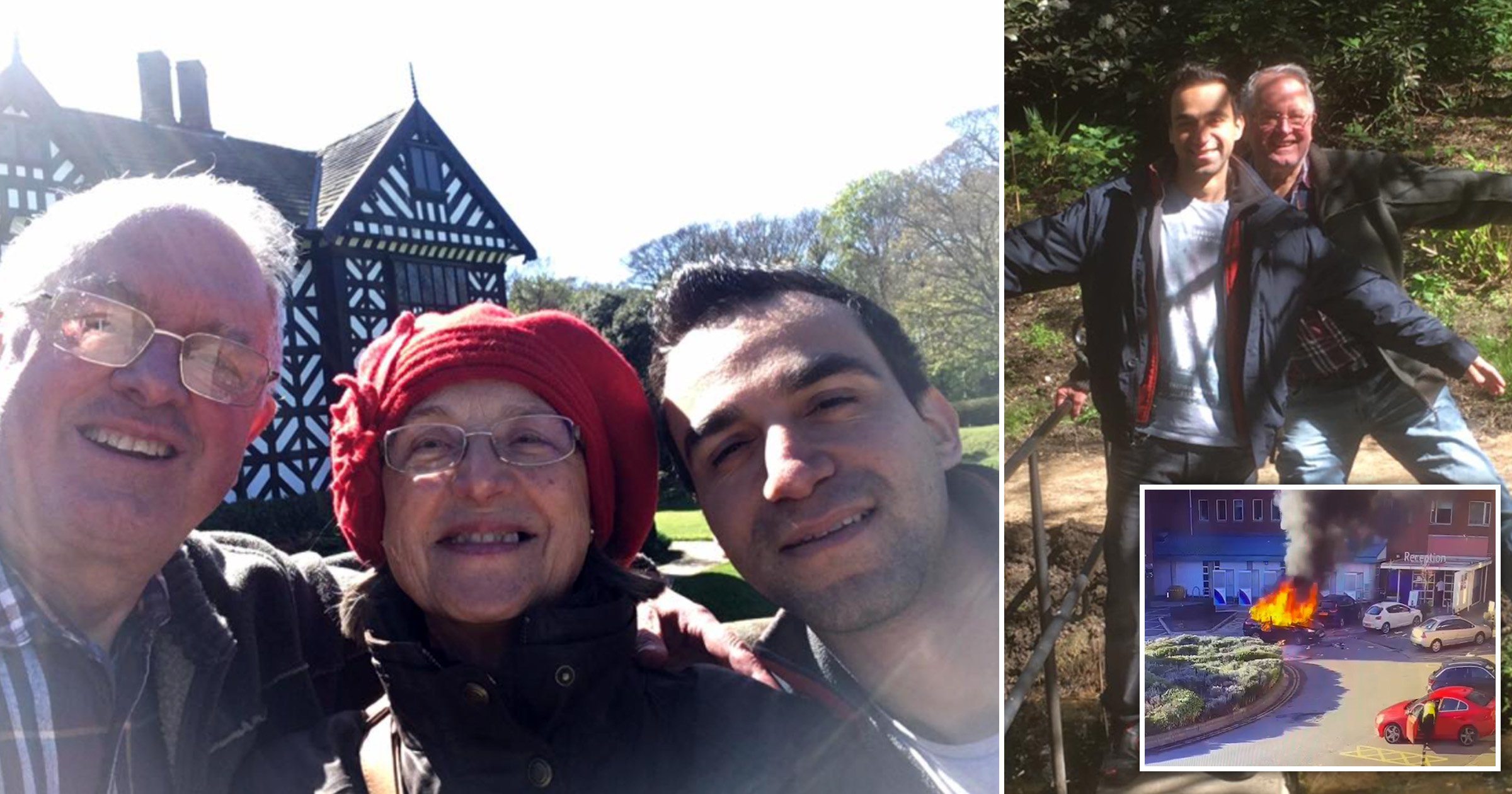 A Christian couple who took in the Liverpool terror suspect say the news is ‘almost too impossible to believe’.

Emad Al Swealmeen, 32, died after a homemade ball-bearing device exploded outside Liverpool Women’s Hospital seconds before the 11am two-minute silence on Remembrance Sunday.

Malcolm and Elizabeth Hitchcott opened their home to Al Swealmeen when he was ‘destitute’ in 2017.

He had recently converted from Islam to Christianity at the cathedral he may have been aiming to attack.

Former British Army soldier Mr Hitchcott said he felt ‘numb’ after learning police ‘strongly believe’ the ‘lovely man’ who stayed in his Aigburth home for eight months was behind the explosion.

Speaking to the Daily Mail, he said. ‘There was nothing to suggest he could go on to become radicalised.’

An emotional Mrs Hitchcott told ITV: ‘What a waste of a life. But the one thing I suppose to be thankful for is that he did not kill anyone else.’

She added: ‘It’s so terribly sad. We just loved him. He was a lovely guy and we are so shocked. It’s all too much.’

It’s believed the suspect, who has Syrian and Iraqi heritage, spent most of his time in Liverpool after fleeing the Middle East.

Mr Hitchcott claimed he had been arrested for possession of a ‘large knife’ after the rejection of his asylum claim in 2014.

This led to him being sectioned under the Mental Health Act and hospitalised for months.

He is said to have changed his name to Enzo Almeni to ‘sound more Western’.

The religious couple described him as a ‘quiet and well mannered’ man who was quite artistic.

Taxi driver David Perry escaped the blast alive, with harrowing footage showing him stumbling from the vehicle at the last moment.

He is rumoured to have locked Al Swealmeen inside, potentially saving dozens of lives.

Officers have declared the incident a terrorist attack but say the motive is unclear.

The UK’s terror threat level was raised to ‘severe’ in the wake of the incident, meaning a future attack is highly likely.

Four men have been arrested under terrorism laws in the Kensington area of Liverpool – three aged 21, 26 and 29, who were held on Sunday, and a man aged 20, who was detained on Monday.

In an update on Monday evening, Assistant Chief Constable Jackson said ‘significant progress’ had been made.

He said: ‘We have a much greater understanding of the component parts of the device, how they were obtained and how the parts are likely to have been assembled.

‘We have also recovered important evidence from the address at Rutland Avenue which is becoming central to the investigation.’

He said there was a ‘considerable way to go’ in understanding how the incident was planned, prepared for and how it happened.