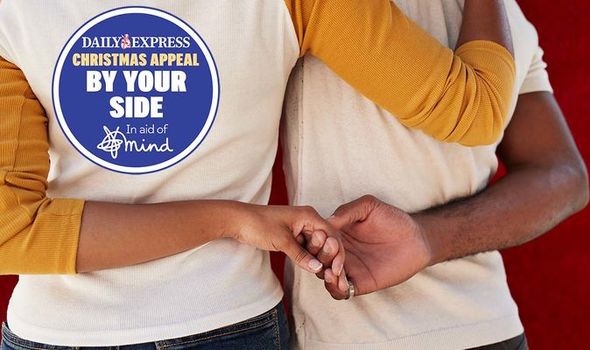 The damning findings come as official data also reveals a record number of under-18s are now seeking help. In July 418,357 were in contact with mental health services ‑ the highest ever figure. The number of young people in contact with mental health services has almost doubled in five years, despite promises to improve access.

The parlous state of care was described on Thursday as a “postcode lottery” with access to treatment varying widely across the country.

The NHS pledged to make sure 35 percent of young people who need support could access services.

But the reality is that with an increasing number developing mental health problems, services are drowning under the weight of demand with only 27 percent being seen, leaving thousands languishing on waiting lists while their mental health deteriorates. Others have simply given up trying to seek help.

Paul Farmer, the Chief Executive of Mind, said: “Our children and young people have been among those hardest hit by the pandemic ‑ whether that’s due to disruption to schooling, missed exams, or the loneliness and isolation associated with lockdowns and social distancing.

“As a result, a record number of under-18s are seeking help but the NHS doesn’t have the capacity to treat them. Young people being left with untreated mental health problems could see their education, families and their futures affected. The recent Spending Review was a missed opportunity for the UK Government to outline how much funding will go towards mental health services, particularly Child and Adolescent Mental Health Services [CAMHS].”

The Daily Express and Mind have joined forces to put mental health front and centre of the national conversation.

Our By Your Side Christmas campaign aims to raise cash so Britain’s leading mental health charity can continue to provide life-saving support.

Last year it faced its highest level of demand since it was founded in 1946, after being approached by 20 million ‑ about a third of the UK population.

There are now 1.6 million people waiting for mental health treatment and around 800,000 adults and 450,000 children and young people for secondary services.

Three in five said their mental health had worsened during lockdown, but one third did not seek help.

Mind says millions more are now “living on borrowed time” and is calling on the Government to commit £1.5billion to treat children and young people over the next three years as the Covid fallout continues.

The charity has demanded extra funding for children’s mental health services after concerns none of the investment recently announced for NHS and social care recovery was allocated to mental health.

Elsa Arnold, from London, was turned away by the NHS when she was 15, despite regularly self-harming.

She said: “When I was about 15 years old, I began to self-harm and sought help through the NHS, but I was told I wasn’t unwell enough to get further support, despite being referred to CAMHS twice.

“My mental health got much worse and I developed depression and anxiety. The lack of resources made me desperate for help. I felt constantly misunderstood and didn’t get the support I needed.

“No young person should feel that they need to get to a crisis point before people start listening or making the effort to understand. Better support would have changed my whole mental health story as a teenager.”

Mind’s analysis shows that in some parts of the country the access rate in 2020/21 is even lower than the national average, with some Clinical Commissioning Groups  seeing as few as one in five young people who need mental health treatment.

The figures show under 18s face a postcode lottery when trying to get mental health treatment, with more than a third of CCGs failing to reach the NHS access target for children, while other areas like South Tyneside see almost nine in 10 (87.2 percent) of young people who seek help.

The findings come as NHS data reveals that in June the highest number of children ‑ 2,260 ‑ were referred for urgent mental health treatment since records began.

May saw the highest number of emergency mental health referrals for children on record (943). During the pandemic, urgent and emergency referrals jumped by as much as 110 percent compared to the same month the previous year.

Analysis by Mind found one third of children have reached crisis point and used self-harm as a way to cope over the last year, with most in the East Midlands, where 39 percent of young people there coped by self-harming.

The NHS Long Term Plan target of 35 percent access for community CAMHS is not being met. Based on the latest NHS prevalence data 29.4 percent of five to 16-year-olds are being treated. This figure drops to 27.2 percent when 17-year-olds are included.

Meanwhile, the number of under 18s in contact with NHS England mental health services has doubled in five years. In January 2016, 211,236 children and young people sought help.

Mr Farmer added: “We need a clear commitment from politicians about whether any of the money allocated to the NHS in England will be spent on mental health and if so – a detailed plan of how and where it will be spent.

“NHS data shows that, in many parts of the country, targets for CAMHS access rates are being missed. Once access rates have been adjusted to factor in the increased prevalence and severity of mental health problems, the picture looks even worse.

“The goalposts have drastically shifted since the Government last made funding commitments to mental health ‑ previous investment based on old plans is no longer fit for purpose.

“We need a clear commitment from the Government to invest in mental health services for young people if we are to prevent a mental health crisis among the next generation.”