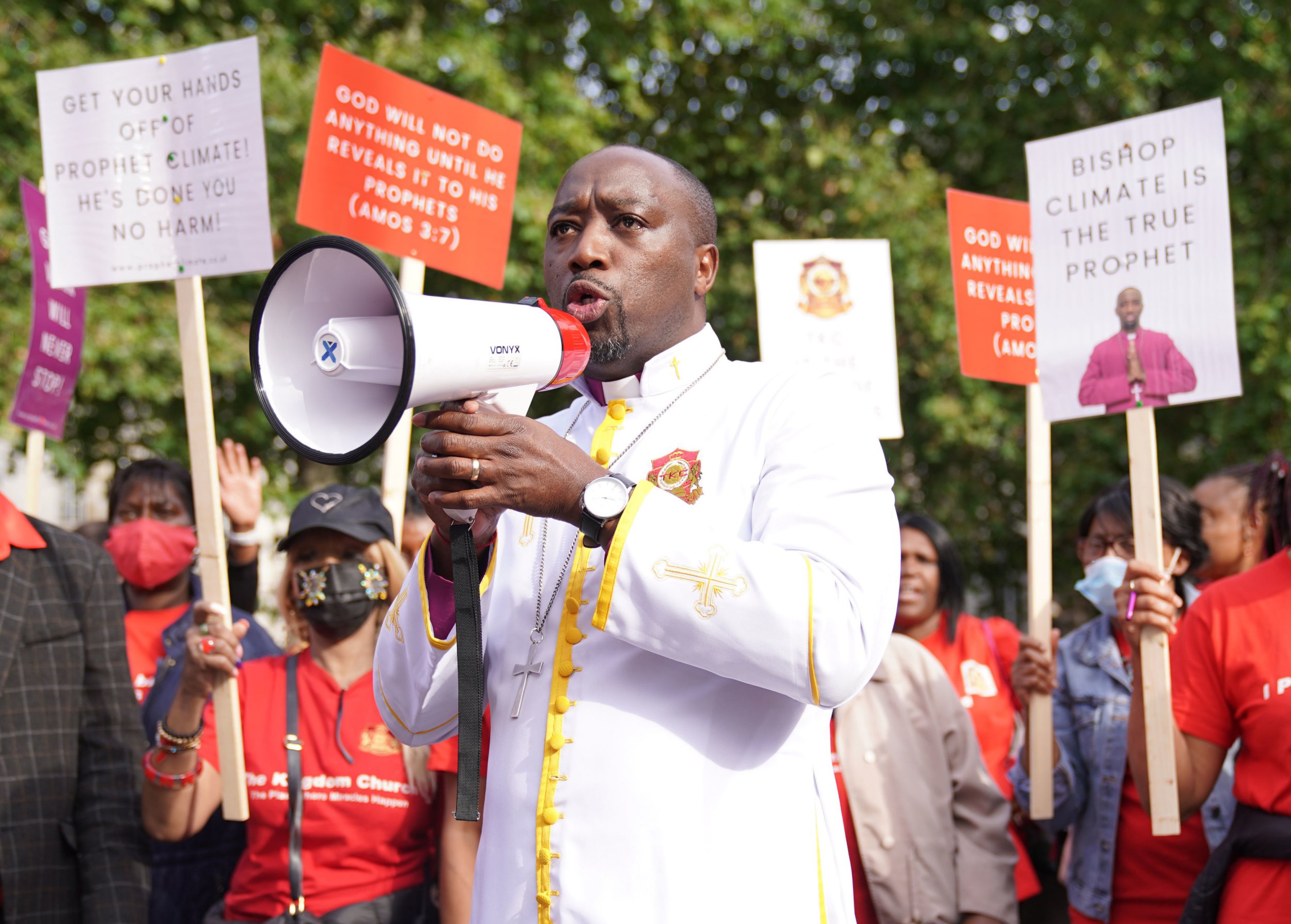 A London bishop accused of selling ‘plague protection kits’ as a bogus Covid-19 cure will stand trial next year.

Bishop Climate Wiseman, 46, is alleged to have sold packages containing a small bottle of oil and a piece of red yarn for £91.

He was charged with fraud after being accused of telling people the mixture would ‘treat, prevent, protect against or cure’ coronavirus.

Bishop Wiseman, head of the Kingdom Church in Camberwell, south London, has denied the offence.

A large crowd of his supporters gathered inside and outside the courtroom to greet him.

He confirmed his identity before pleading not guilty to a single charge of fraud and two charges under the Consumer Protection from Unfair Trading Regulations between March 23 and 24.

The charges allege he made false representations while trading as ‘Bishop Climate Ministries’ in person, online, and through instructional and testimonial videos.

Prosecutors say he made ‘untrue and misleading’ claims concerning the ability of an oil mixture marketed as ‘Divine Cleansing Oil’ or as part of a ‘Divine Plague Prevention Kit’.

His legal representative Nargees Choudhary said her client was not an ‘anti-vaxxer’ and had been double jabbed.

She said he is free to practise his religion and denies being ‘dishonest’ or acting in a deceitful way’.

Wiseman pumped his fist in the air as he left the building to cheers from around 50 supporters, dressed in red, who chanted: ‘We shall not, we shall not be moved.’

During the hearing, they had blown whistles, while one member climbed on top of a phone box and led cries through a megaphone of ‘freedom’ and ‘leave us alone’.

Judge Benedict Kelleher released Wiseman on unconditional bail ahead of his trial at the same court on July 11 next year.

EU WARNED: Brussels told to be READY for no deal Brexit – ‘Britain will do just fine!’