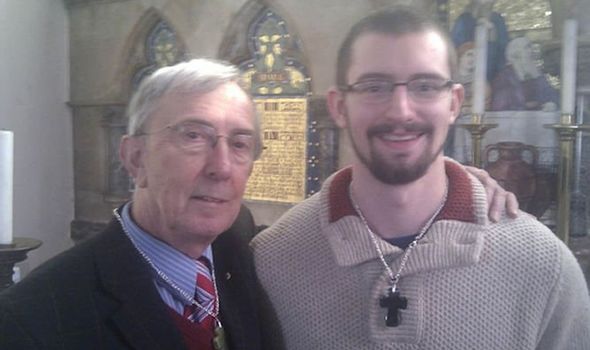 Field, 28, would have gone on to kill again had he not been arrested following the death of 69-year-old retired teacher Peter Farquhar, police said. A “serial killer in the making”, Field named 100 people on a “client list” that included his own parents and grandparents as well as several elderly, vulnerable and well-off potential victims. The monster even dreamed of slaughtering 50 pensioners in a single night, it was said.

Field used the gaslighting technique – manipulating someone by psychological means into doubting their own sanity.

Yesterday, he showed no emotion as he was found guilty of murdering Mr Farquhar at Oxford Crown Court.

Mr Justice Sweeney remanded him in custody and ordered a psychiatric report before sentencing at a later date.

Driven by greed, Field tricked his victims into changing their wills so he could benefit.

He secretly drugged Mr Farquhar for months and often laced his whisky with raw alcohol at the home they shared in the sleepy Buckinghamshire village of Maids Moreton. 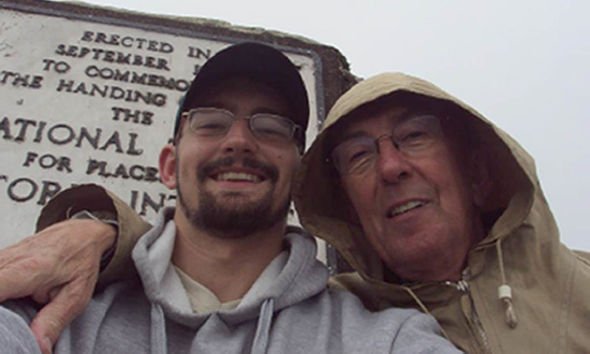 Unsteady on his feet, Mr Farquhar injured himself in a series of falls, sometimes gashing his head open.

The retired teacher-turned-novelist feared he had dementia and consulted leading doctors.

His cruel killer sat in on the appointments knowing he was the cause of his lover’s torment.

Finally he suffocated the frail, defenceless old man with a sofa cushion at his home.

The death of the distinguished former head of English at Stowe School in October 2015 was initially written off as “accidental”.

By then, Field was targeting Mr Farquhar’s near neighbour, retired primary school headmistress Ann Moore-Martin. The self-styled poet was convinced he would escape capture.

But police moved in shortly after 83-year-old Miss Moore-Martin was rushed to hospital after suffering a “seizure” in February 2017.

She reversed the will change before dying following a massive stroke three months later.

Within days of her death, Mr Farquhar’s body was exhumed and scientific tests on his hair revealed traces of hallucinogenic drugs.

Police investigator Mark Glover said yesterday: “Ben’s arrogance led him to believe he would literally get away with murder.

“I am convinced that, had he not been stopped, he would have posed an ongoing danger to society. Psychopath, sadist, sociopath are all words you can call Ben Field. He has a fixation with death and totally lacks emotion, regret, remorse.

“He would have carried on if he had not been stopped.”

Police say they are keeping an “open mind” about other potential victims.

Mr Farquhar’s brother Ian said in a statement: “Field’s actions have been unbelievably callous, and he has told lie after lie in order to achieve his goals.

“All the things that were precious to Peter, Ben robbed him of. He did it all just to get some money, which we find absolutely astonishing.”

He added: “If people hear this story, we hope that they are very careful if somebody unexpected walks into the life of a loved one and that loved one is vulnerable and lonely.”

The remorseless killer had an intimate relationship with Mr Farquhar, a celibate homosexual and devout Protestant.

The pair even became betrothed at a ceremony in a north London church and exchanged ornamental knives as a symbol of their union.

Mr Farquhar wrote in his journal: “It is one of the happiest moments in my life. Gone are the fears of dying alone.”

Field, of Olney, Bucks, was cleared of conspiracy to murder Miss Moore-Martin. He was also acquitted of her attempted murder.

Miss Moore-Martin was said to be in love with the manipulative killer and had an affair with him despite the massive age gap.

Field is said to have conned Miss Moore-Martin into giving him £31,400. Her family feared Field had been drugging her.

The killer’s friend, part-time magician Martyn Smith, 32, was cleared of conspiracy to murder Miss Moore-Martin and defrauding both retired teachers. 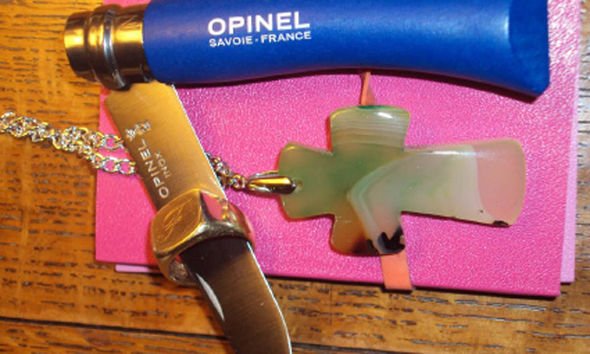 As an inspirational teacher and author, Peter Farquhar instilled a life-long love of literature and poetry in generations of boys.

The 69-year-old taught the award-winning broadcaster Michael Crick at Manchester Grammar School in the 1970s.

“He was very traditional and wore a gown a lot,” Mr Crick recalled. “He loved English literature and poetry and was very religious. Religion was incredibly important to him.”
Mr Farquhar, who was gay, taught at Manchester Grammar School from 1970 to 1983.

Film director David Scheinmann was another one of his students and in 2013, actor Toby Stephens played Dr Farquhar in his movie, Believe.

The teacher later became head of English at Stowe School in Bucks, where he often taught Shakespeare in the shade of an oak tree. In 2004, he took up a part-time post as a lecturer at the University of Buckingham, where Ben Field was studying.

In 2013, the young student became the older man’s lodger and then his partner.

But their relationship was sex-free – even though they shared the same bed.

Field even “married” Mr Farquhar at a special betrothal ceremony. The author later wrote in his journal that it had been “one of the happiest moments in my life”.

Friends described Mr Farquhar as “intelligent and deeply Christian”. Another described him as a “positive person who enjoyed life”.

Mr Farquhar was close to his brother Ian and his nephews, Andrew and Jamie.

Ahead of his death in 2015, they were due to inherit most of his estate before he changed his will in Field’s favour. 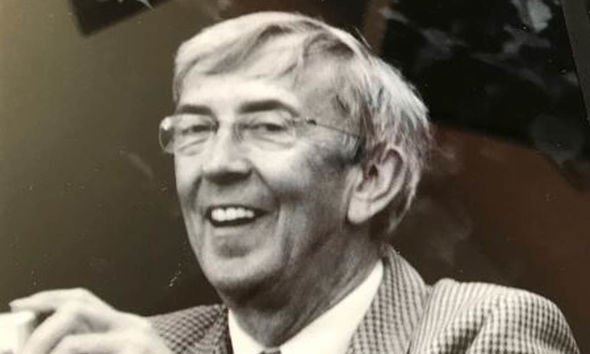 Womanising Ben Field seduced his elderly victims – and then cheated on them.

The killer delighted in deceiving his lovers and relished their pain when they found out, calling his lies a “ruse cruise”.

Lara Busby never knew he was two-timing her with a man and a woman called Heather Joyce.

The admin worker, 26, told a friend Field was “perfect… Good looking and a real charmer”.

Field’s principal girlfriend was glamorous University of Buckingham English lecturer Dr Setara Pracha, whom he met after he started studying English there in 2011.

None of Field’s women knew he had been a part-time rent boy, aged 20. Born in October 1990, Field is the elder son of Baptist minister Ian Field and former Liberal Democrat councillor Beverley. He grew up in Olney, Bucks.

After graduating, self-styled poet Field had hopes of taking a Master’s degree.

He also took the first steps to becoming ordained as a Church of England priest but was rejected. 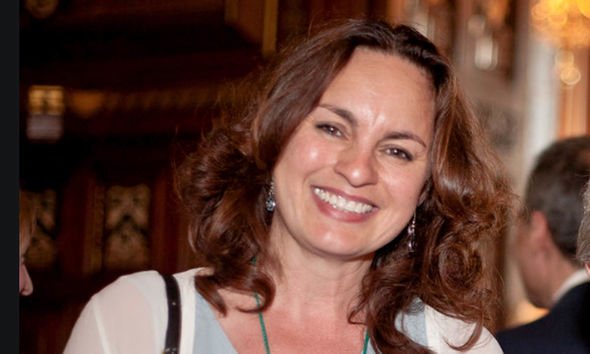 Field once addressed Olney Baptist Church on the theme Thou Shalt Not Kill. After declaring killing was illegal, he said: “But what about as an end to people’s miserable conditions or for the greater good? What about preventing death against a patient’s consent, or will, or volition?”

Worshippers at St Mary’s Church in Stowe, Bucks, had no inkling a killer was in their midst when Field became church secretary and deputy warden in 2017. Positions he lost when he was arrested in March that year.

Martyn Smith thought he had found a true friend in Ben Field. But the part-time magician ended up being drawn into the killer’s dark world of deceit and death.

Smith, 32, met Field when they started studying English at the University of Buckingham in 2011.

To earn extra cash, he tried his hand at “tutoring” but was not a success. He was more of a failure as a magician. One newspaper critic noted he was “bloody awful”.

Field told the jury: “I was keeping secrets from him and lying to him and getting him to do errands for me.”

Smith, of Redruth, Cornwall, was cleared of all charges. He said yesterday: “The lessons I take from this case are first and foremost to always be your own person and secondly to always choose your friends very carefully.”

Evil Ben Field tricked Ann Moore-Martin into falling in love with him as part of a cruel plan to benefit from her will.

The retired primary school head was besotted with Field who was almost 60 years her junior. 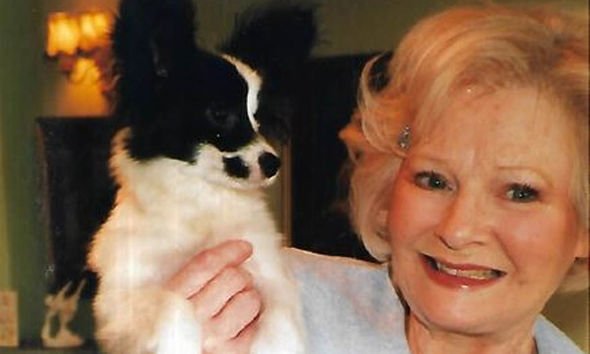 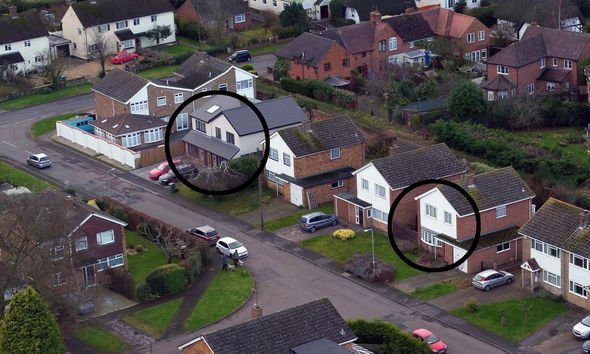 She acted like a lovestruck teenager around Field, who would send her into raptures by fluttering his eyelashes against her cheeks. She first met the killer when he was out walking Kipling – the dog he bought for her near neighbour, Peter Farquhar.

When Mr Farquhar died, Miss Moore-Martin took Field in as a lodger because she thought he was a “sad young man” who had nowhere to live.

To her friends’ amazement, the pair embarked on a sexual relationship.

Field may have plotted to blackmail the devout Catholic by taking a photograph of her while they were being intimate.

But his real plan was to trick her into changing her will and leave her feeling so degraded by their affair, she would kill herself.

After spending hours with her at her home, he wrote in his journal: “Good suicide chat.”

Yesterday, he was cleared of conspiring to kill her and attempting to murder her.

Her family said: “The world is a much darker place without her.”

Venice under water as downpours and wind take city by surprise

British backpacker asked ‘will I be alright?’ before he died from snake bite, inquest hears