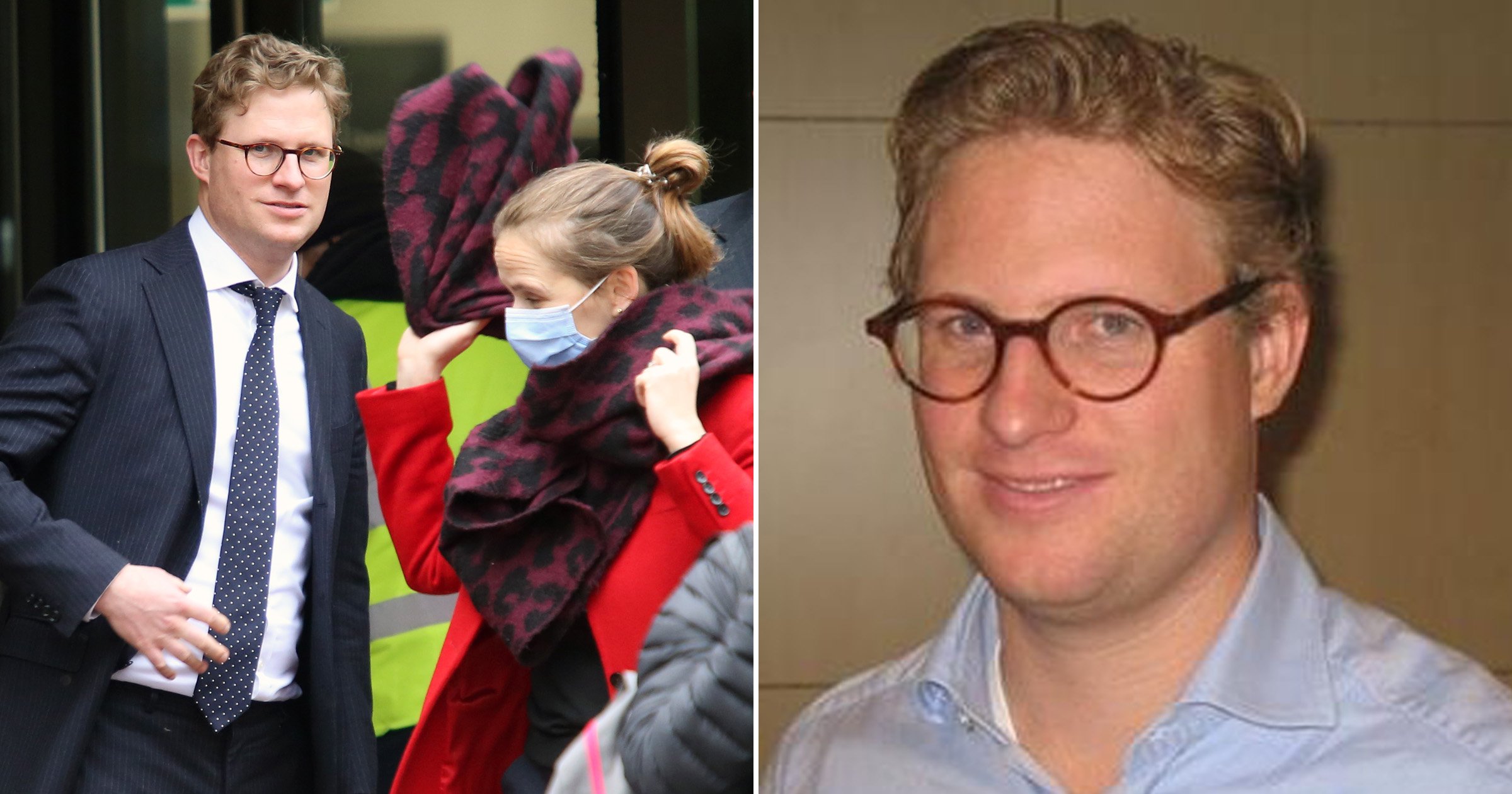 A newlywed City trader is accused of sexually assaulting a dozing student while flying home from his Hawaii honeymoon, a court heard.

Robert Van Den Bergh, 37, allegedly stroked her thigh under a blanket for up to two hours as he sat next to her in economy class on the Airlines flight.

The economics student, sitting in the window seat, had taken two sleeping pills and Van Den Bergh allegedly joked that they could make her unconscious.

She awoke to hi, touching the middle of her thigh as the motion grew ‘stronger and more deliberate’, jurors heard.

Richard Scott, prosecuting, said the woman ‘placed a pillow, a small cushion, between her and her fellow passenger.

But the touching continued with Mr Van Den Bergh touching her upper left thigh and buttock, he added.

‘This went on in excess for an hour and a half before the man got up to use the lavatory and the victim got out of her seat and asked to be moved,’ the lawyer said.

Giving evidence in court the victim said: ‘I felt his fingers grazing my left thigh. I was unsure whether it was intentional or not.

‘At first [the touching] was light and unnoticeable but it gradually grew in confidence and after two hours I knew that it was intentional.

‘There was more pressure over time, and it was long strokes. I tried to move more towards the window of the plane.

‘At one point it went towards where my underwear was, towards the end of my thigh and my bum.

‘I felt like he was picking at my underwear and feeling the contours of it, as though he was sort of lifting the seam a little bit.

‘I just was very scared and I didn’t know what to do in the situation. I was just full of fear.’

She added: ‘I wanted to get out of my seat and that’s when I looked at his face. I saw that his body was angled towards me and his eyes were closed. He turned so that is torso was facing me.’

After landing at Heathrow Airport, police officers boarded the aircraft, yelled his name then escorted him off the plane.

The power and coal analyst told police he had flown separately from his wife because she was travelling with a friend.

He said he had chatted to both women either side of him during the 10-hour flight and ‘didn’t sense any tension between them’, the court heard.

Van Den Bergh claimed his client tossed and turned quite a bit as he slept. He told police: ‘You try to keep a distance, but it is quite difficult in economy.

‘I can confirm that I would never do that. I’ve never done anything remotely like that. I would be very surprised of anything of that order of magnitude.’

Teacher who 'kicked and slapped horse' charged with animal cruelty